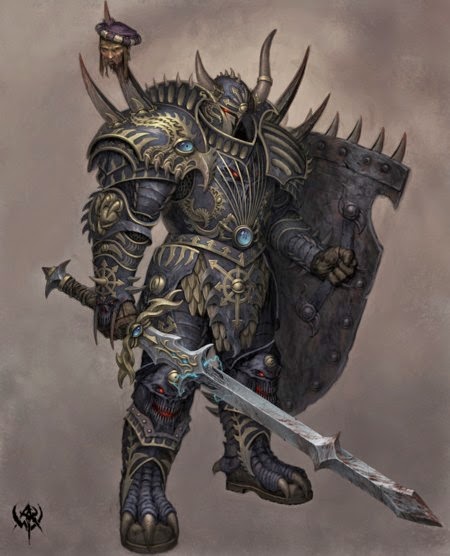 End Times: Chaos is almost here! Learn what you can about the dread Chaos Northmen before it’s too late!

via our sister site Lexicanum:

There are three major races of Northmen: the Norse, the Kurgan and the Hung. Each of these races are comprised of numerous tribes constantly at war among themselves, as well as ruthlessly raiding the richer civilised lands to their south.

To the north of the Old World are the Norse tribes, their homeland the mountainous sea-bound land of Norsca.

East of Norsca, across the Frozen Sea, is the Northern Wastes, a vast expanse of cold and harsh lands peopled by the fierce nomadic tribes of the Kurgan and the Hung.

The Kurgan, black-haired, dark-skinned and powerfully built, are of a wholly different race than the people of the Old World.
Advertisement

The Hung
The Hung are an oriental race similar in appearance to the Cathayans, although shorter and squatter. They are the greatest horsemen in the world, and are reputed to learn to ride before even learning to walk. Ranks of the Northmen

The mortal warriors of the Chaos armies are distinguished by how much favour they have gained from their patron gods on the path of Chaos.

Marauders form the great masses of the armies, and are barbarous warriors.

Those who have progressed further are the Chaos Warriors, who present a feared and distinctive sight in their heavy, baroque armour. Little of their humanity remains from their progression down the path of Chaos and power.

The most favoured of the warriors consist of the Chosen, the Chaos Knights, Exalted Heroes and the Chaos Lord.

Author: Larry Vela
Dad, Gamer, Publisher, Pilot, Texan. All games all the time since junior-high. I started BoLS Interactive in 2006. I’m a lifelong tabletop & RPG gaming enthusiast, and internet publisher working to entertain and inform my readers every day. I've been playing RPGs and Tabletop Games since the 1970s. I'm been playing and covering Warhammer and Warhammer 40K for over 35 years.
Advertisement
Lore Warhammer Fantasy Warriors of Chaos
Advertisement 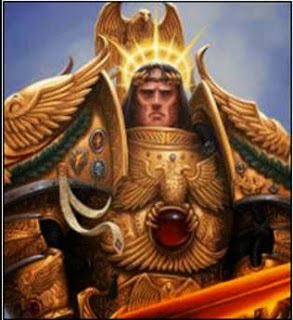