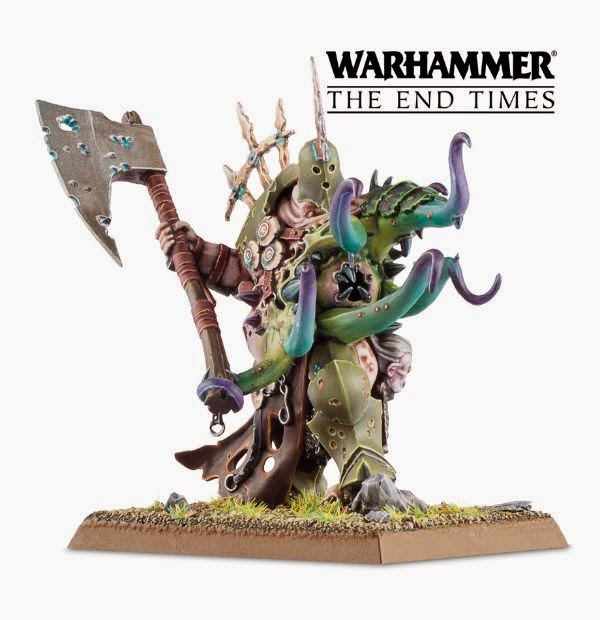 Move over Nagash – Nurgle is coming to town with AWESOME new miniatures! Gutrot Spume is a mighty Chaos Lord and a fearsome warrior. Brave and tenacious, his flesh has been blessed by Father Nurgle with bounteous mutations.

This 6-piece plastic kit makes one Gutrot Spume. Clad in Chaos armour that has been pitted and eroded by his oozing flesh, he is armed with a great weapon and a mass of 7 flailing tentacles – which ensure the commander of the greatest plague fleet of the north is as at home in the sea as he is on land.

Rules for using Gutrot Spume in games of Warhammer can be found in the construction booklet that accompanies the miniature and in White Dwarf Issue 37. The Blightkings are champions of Nurgle. Once Chaos Warriors, they have proven themselves loyal and valuable servants to the Lord of Decay and so they have been blessed with his many diseases.

This 105-piece plastic kit makes five Putrid Blightkings. Each model can be assembled in at least two distinct ways, plus you have the option to create a champion, musician and a standard bearer. You can ensure that each of your Blightkings looks totally unique by combining the 21 weapon arms with the 11 torsos and 17 head options.

Rules for using Putrid Blightkings in games of Warhammer can be found in the construction booklet that accompanies the miniatures and White Dwarf Issue 37.

And the bundles…
Scions of the Last Plague $136

This bundle contains 11 plastic Citadel miniatures, including: 1 Gutrot Spume and 10 Putrid Blightkings. Each of the Putrid Blightkings can be assembled in at least two distinct ways, plus you have the option to create a champion, musician and a standard bearer. 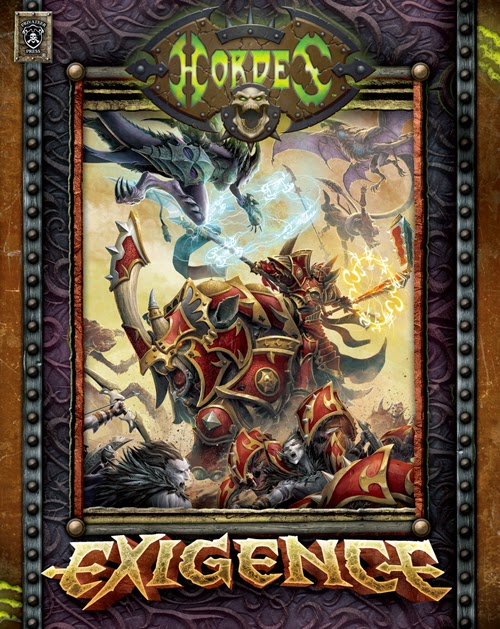