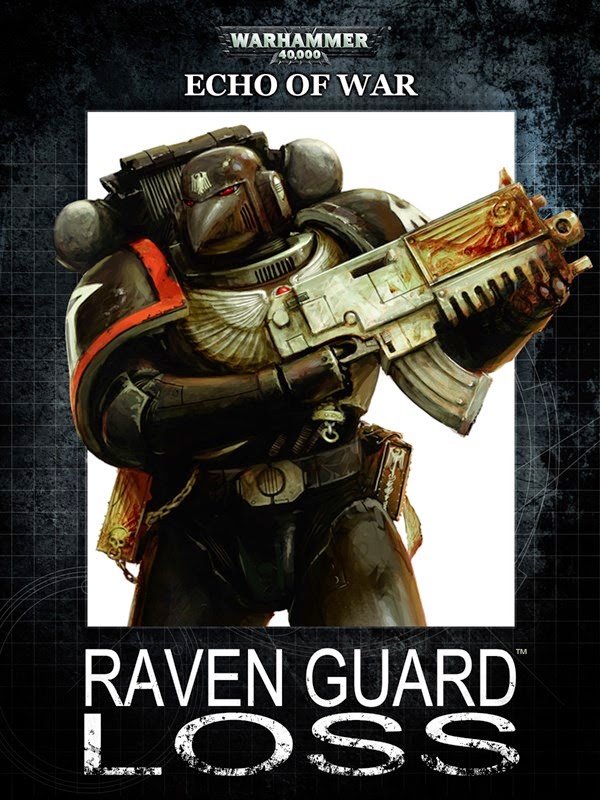 Raven Guard vs Haemonculi – Who’s really the rulers of the night?

“THE STORY
A squad of Raven Guard Scouts on their first mission encounter the horror of the twisted flesh-shapers of the eldar, the sinister haemonculus covens. As they fight for their lives against the deadly aliens, Brother Jevel begins to realise that his destiny is more complicated than he ever imagined, and the Scouts discover that the true enemy of a Space Marine is loss.

LISTEN TO IT BECAUSE
It’s the battle of the shadows as the Raven Guard meet their equal in the midnight killers of Commoragh. Who will prove to be the masters of the night?”

The forests of Homendora ring to the sound of furious gunfire. Between the trunks of the towering trees, amid the dark of night and the hammering downpour, a squad of Raven Guard Scouts must prove their mettle against wave after wave of Dark Eldar. Can they hold out, or will they become macabre trophies for the piratical xenos?
Black Library Tie-in Scenario
To accompany the Black Library short story ‘Loss‘, this Warhammer 40,000 Echoes of War mission allows you to refight the determined stand of Jevel and his Scout brothers against a raiding party of Dark Eldar.”
~ I’m putting my money on the Astartes!