A column by Auticus
Over the past three articles in this series, we have explored what Narrative Gaming is exactly, and what Campaign Gaming is about and some of the pitfalls that one can encounter while attempting to organize a campaign event.

The pinnacle of campaigns that can be run are Map Campaigns. Map campaigns combine the wargame in question with a strategic map that must also be maneuvered upon, creating multiple layers of planning and execution. At their best, a map campaign is as close as one will get to simulating what commanding a real war might be like. At their worst they devolve and flicker out well before they get close to concluding.

A well run map campaign is an ambitious project. The person or persons in charge of administrating the map campaign can expect to have to put in quite a bit of work to make it work, as well as a good set of tools to deal with all of the hardships that we discussed in this campaign series with campaigns in general.

What Do I Need?

The most difficult aspect of running a map campaign is simply finding the map campaign rules to work with! There are not a lot of systems out there and often one must resort to writing their own rules.

For Warhammer Fantasy, my first system was the long out of print Mighty Empires rules, published in the 1980s. If you can find that I would recommend it greatly. Another great resource that Games Workshop put out in 2002 was the General’s Compendium. This book was packed full of campaign ideas and had a basic but functional map campaign system within. If you were not around for this gem, I would highly suggest trying to locate a copy. My binding was poor and the pages started coming out a few months after owning it but it is still easily one of my top three books ever produced by GW and I still use it this day to get ideas from for campaigns (and I will be using some ideas from this for our 2015 Invasion of Ulthuan campaign next summer!)

Another system that I have used is the one that I wrote, using Mighty Empires as an example. It is not on my group warhammer site, but you can find it on scribd for free:


Titled the Warlord Campaign, this system allows players to control their own empire on any map that they want and explore and conquer their world in true Warhammer style. Several campaigns have run using this system since I published it in 2004 and it has had refinements to it since then (the document online is up to date). I may go back and tweak this for Ulthuan next year.

For 40k, Battletech systems are actually an inspiration for anything that I have written that is map-based. 40k brings the challenge that often you are not just fighting over a single world (though nothing stops you from limiting the scope of your campaign to that – in fact some memorable wars such as Armageddon are fought mainly on one planet)

For 2015, my group is using a system that I wrote called the Grand Crusade. A beta copy of this work can be found here on my warhammer website:

This will get playtested and refined in 2015 as we launch our Badab campaign, inspired by the Imperial Armor 9 and 10 books. If you wish to follow the progress of this campaign, I will be leaving updates on my blog as well as the website. If you go to http://www.louisvillewargaming.com, you can click on the Badab event (either 40k or the battlefleet gothic portion) and review the files and rules we use for our campaign)

Pit Traps and Ambushes of the Map Campaign

There are several things you and your group should be wary about with map campaigns before running one, especially if you have never tried before.

2) Balance is never going to exist. Much like real war – part of winning the strategic map is creating battles that are as one sided for you as you can get. As such, conditions need to exist in the rules to allow this to happen without people just quitting.

In the Grand Crusade rules, whenever forces are over two categories bigger (armies are 500, 1000, 1500, 2000 so a 500 vs 1500, or 1000 vs 2000) the smaller force simply has to kill however many points that it possesses to claim a victory. This is akin to a hit and run type attack. A small force cannot stand up to a larger force of that magnitude, but it can bloody their nose.

As balance is going to be hard to achieve, players that are sticklers for exact balance will likely not have as much fun with these types of games.

3) The flow of the campaign cannot be impeded. If something holds up a map campaign from advancing to the next stage, that can often begin the end for your campaign. Games must be played timely. For our 40k campaign, players belong to one of three factions.

Players within the faction announce if they are available that week for battle. It is entirely a team game at this point. Awards in June will be given to the winning faction, not the winning player.

Maps can really be anything you want them to be. They can be square grids, they can be regions, they can be hexes, or they can be points. For Badab, we are using a point based map as shown below; The factions each own a section of the map and then their fleets travel to the various systems to do battle. We are also incorporating Battle Fleet Gothic for space battles as well as Boarding actions using zone mortalis or even Space Hulk!

Creating the maps can be done with a variety of programs that exist today. You can simply use MS Paint or Photoshop if you want. I use Campaign Cartographer 3 to design my planets, star maps and hex maps of the surface.

This article wraps up the “What is a Narrative Game” series. I hope that you found it entertaining and perhaps even gained some ideas for campaigns of your own. If anyone has any questions or comments, you can find me at the email listed on http://www.louisvillewargaming.com

Auticus currently resides in Louisville and helps organize narrative events there among the various game stores. He has been playing gaming since the late 80s from historical tabletop to Battletech to GW games like Warhammer and 40k. You can find onine here www.louisvillewargaming.com

The Great Migration - How Many Are Leaving The Hobby? 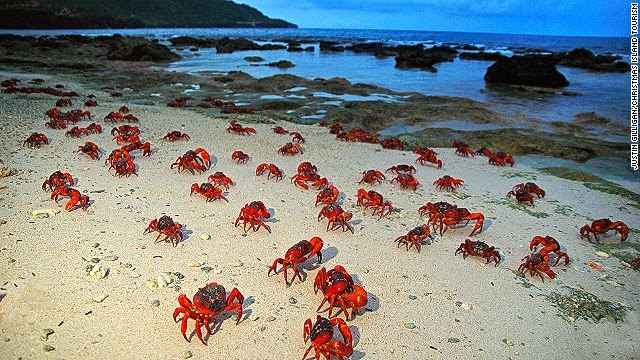