HOBBY: Painting for a New Game 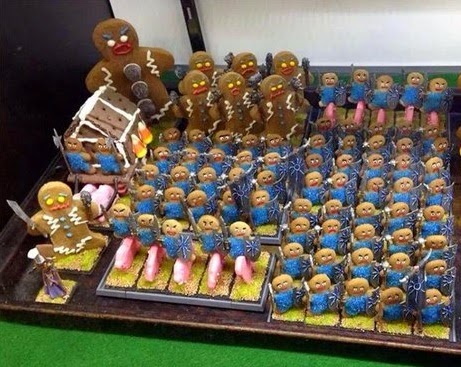 Starting a new system? Be ready to re-learn some of your painting tricks. Here’s why:

There’s always a bit of nostalgia in looking at your models and thinking back to when you started. Usually, it’s a cycle of frustration, persistence, improvement, pride of achievement when you start to churn out stuff that looks decent, and dismay when you see the works of veritable art your friends are putting out making the model you were so happy with moments ago suddenly turns into a lowly C+ for effort in the space of a heartbeat. Oh, and the interlude when you do a severely cool model, then somehow forget how you did it and all the attempts to recreate your pet achievement come out odd and frustrating! Good times, good times.

Eventually, most of us reach a comfortable level of skill. That doesn’t mean we turn out masterpieces on demand; it means we are happy with the effort/time/result of the miniatures we paint.

And then you start a new game…

Sometimes, that’s not a big leap. Someone moderately skilled at painting Warhammer 40k, for instance, likely won’t need to learn that many new tricks when starting to work on his new Khador guys to join the Warmachine games going on at his club or FLGS. One that is taking up Infinity or Flames of War, though? Be ready to do some heavy recycling of your talents and even painting materials.

See, models from other games don’t just have different themes (sci-fi, historical, medieval) and scales (Usually 28mm or 12mm). The factors that make a model a joy or a pain to work with are not always immediately apparent. Some are obvious enough: size, the pose and how easy or hard it makes for you to see the parts and the brush to reach them, the presence of textures that allows for dry-brushing, and if they have heroic or ‘realistic’ proportions.

Others take some experience. How deep are the grooves between armor plates or different pieces of clothing? Are they salient enough to ‘guide’ the brush, or hold down enough wash to give it a nice definition? Does it have angular surfaces and well-defined edges to work light and shadows? Do they have surface details like zippers, pockets, raised gemstones, buttons and rivets to help you differentiate areas? Are they pointy enough to actually hurt your fingers when you hold them to pain them? (I’m looking at you, Dark Eldar line. I’m almost happy the new codex gave you a good drubbing. Power from Pain, indeed.) Think of the average Space Marine shoulder  pauldron. It’s almost a painting aid to someone getting started. Raised edges to delineate the  main surface and  keep the brush from slipping  past  it, as well as trapping washes in the recesses where  it s  supposed to be darker.  Smooth in  order to be easy to highlight and do proper lighting. When they have chapter  markings, some light dry-brushing in  metals will usually be enough to make them stand out. I’m not saying you can’t go ambitious  on  it and do proper art, but the  point  is, you don’t need to in  order to get a visually pleasing result.

It’s something I would to to talk to sculptors about, to see if it is taken into account when designing the model from scratch, or if they just pursue their mental image of what a cool miniature should be and leave the task of worrying about how to get it look good painted to us lesser beings.

I remember when I decided to have an open relationship with my 40K army and started seeing Infinity on the side. Both are 28mm, I thought, so what’s the difference? A week later, I was buying up a new can of brake fluid to erase the ghastly evidence of my mistakes, feeling like a mobster driving upstate to dump bodies. Oh, the things I wrought. No one must ever, ever know.

Take this ALEPH model. The AI’s troops have a thing for hexagonal-patterned underpants, and official painter Angel Giraldez has a penchant for making them look really cool with futuristic Tron-lights coming from between each shape. Shouldn’t be too hard, I thought. Paint the whole thing with the lit-up color, wash a bit, the dry-brush the raised hexagons to let the  lower color show. Been there, done that. Fifteen minutes, if that much, I guessed.

Wrong! The groove between the hexagons was so shallow as to be pretty much imaginary, thinner than Justin Bieber’s chest hair, and paint that wasn’t thinned way beyond what I was used to covered it almost fully. Actually, just priming it stole a lot of the depth! It held no wash, and dry-brushing it would see the whole thing become a uniform smear. That had never happened before with my Khorne Berserkers and their chainmail skirts, or the wonderful, chunky, well-defined textures of my Chaos Terminator Lord (still one of GW’s best kits for the design and plentiful bits. Will we live to see one for the regular power-armor Chaos Lord?).

Doing it the way I wanted turned out to involve pretty much free-handing each single hexagon. That’s not at all uncommon in Infinity, depending on the model. Their sleek proportions and form-fitting armor style have a much smoother profile than even Eldar and Dark Eldar armor.

Steps for Painting a New Game:
So here’s a short  list  of steps to help you get  over the hump when taking the  leap into a  new, unfamiliar line  of miniatures.

1- Arm yourself with patience. Understand you’ll go through a new cycle of making mistakes, having models turn out different then what you intended, and having to drop or change some techniques that made your life a lot easier with your first game.

2- Don’t hesitate to ask for advice. The people you play with often went through the same thing, and can save you a lot of time and grief. Just having someone tell you the right way to thin your paints, what brush to use or avoid, and other points can avoid a lot of cursing and gritting of teeth.

3- Cut yourself some slack. Those of us who are really good will show the same stunning level of quality across all of their different games after a short while. The rest of us will have to accept that, for some time, the new one will look a bit less impressive than the stuff you know inside and out, and that’s fine. Don’t expect to churn them out with the same ease and result. Be prepared to invest more time in each model.

4- Experiment. Breaking out of your artistic zone of comfort gives you the chance to incorporate tricks you never needed before. Wet palettes, freehands, blending, use of inks, source lightning, locking the  model in a french pine casket to be stored by Trappist  monks for three  years (that’s what Golden Daemon winners do, I  heard). Don’t be surprised if you pick up new skills that will make your first army look better.

I like to think that was my case. Nearly all of the 40K traitors soon went into the same brake fluid that my new Infinity stuff was taking weekly dips in, and came out looking way better thanks to the things I learned to make my Infinity look…passable. I’d post some before/after pictures, but I deleted all the old ones out of shame. Plus, I’d have to take all of you guys for a…drive. Upstate.

So what  have been your biggest hurdles and unexpected triumphs when tackling a  new model line? Let  us  know!

Author: Sephyr
Sephyr has been playing tabletop wargames for a decade. His specialty is both Warhammer 40K, and Corvus Belli's Infinity. He began writing for BoLS in 2014.
Advertisement
Editorials Hobby
Advertisement 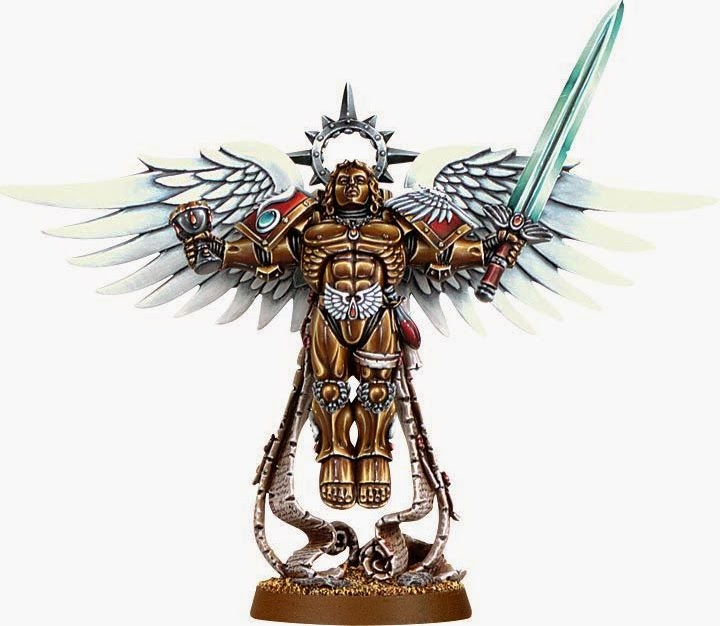