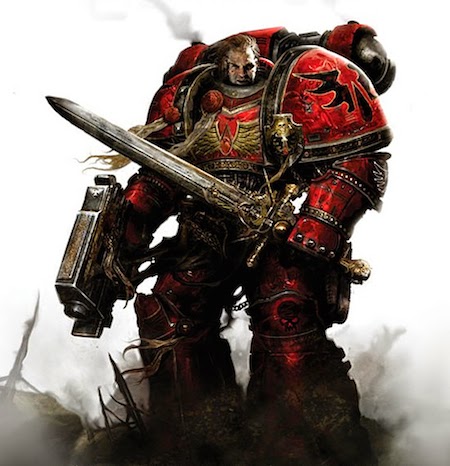 Wanna go fast? The Blood Angels have a formation that can let you assault with pretty much your whole army on turn 2, but just how good is it?

Basically the spearhead of Stormravens laden with Dreadnoughts and Tactical squads comes in from reserves first on turn 1 with re-rolls. Next Dante attached to a squad of Death Company gives them re-rolls for coming in on turn 2. Combo that with a Priest attached to the same squad and he gives Dante a FnP and prevents the 9-man unit from being intercepted at full BS (from The Angel’s Wing).
The Dreads on the back of two of the Stormravens disembark and join the assaulting Death Company for a second turn assault and everyone is now assaulting at I5 or higher!

So this list (or any list that uses this formation with two units deep striking) will work 86% of the time, that is, getting the ravens in Turn 1 and then a Death Company Squad coming in Turn 2. Over 70% of the time it will work with both Squads arriving on Turn 2.
It seems like of all the permutations for the possibilities, over 94% of the time one these three things will happen;
Roughly the rest of the time, this tactic really is not going to work and your squads are going to get annihilated before they can charge (remember that that 8% result above is bad for this army list too).
Basically the major downside of this formation is that with such little on the table, if you are going up against a drop pod type army and do not get your formation in on turn one, you are probably getting tabled.  Also if your opponent gets the warlord trait with -1 to your reserve rolls then things start getting 14% worse quickly as well too.
On the plus side, if you do get everything in, you could also charge with the 3x tactical squads (but at I4) so that would be 7 units that you could be charging with on turn 2 so there is that fun factor too! One more thing, I looked at Termies but they seem to be too expensive and do not have a way to get a reliable re-roll without taking a comms relay or hoping for a warlord trait.
Overall, as far as survivability of the formation arriving, one Stormraven may die. However,  it is very likely that the sergeant with the beacon will live along with the other two ravens.
Personally I think this formation is most viable at 2500 points when you can reinforce with both DC squads to full strength and put about 450 points of IG on the ground for support. the problem is the 1020 base point cost, that supplemental strength is too expensive to be reliable at 1850 points.
So, is this fast and risky enough for ya? Fortune favors the BOLD!