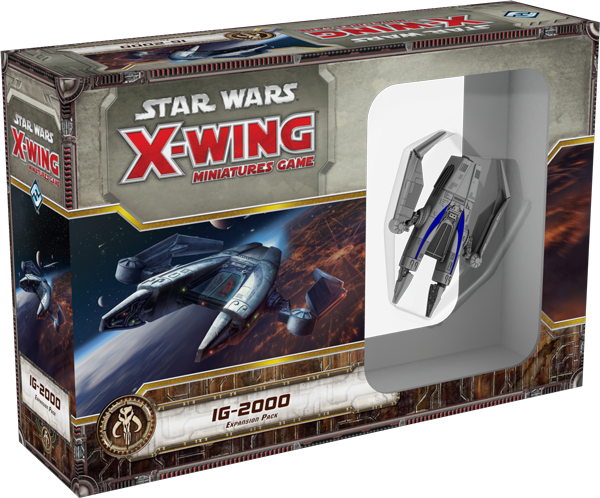 Get ready for everyone’s 2nd favorite bounty hunter. The IG-2000 with IG-88 is hitting a tabletop near you soon. The Aggressor and Its Maneuver Dial

The Aggressor is no freighter, shuttle, or support ship. It’s a powerful assault fighter designed expressly for space combat and loaded with potent power cores and weapons systems.
In X-Wing, the Aggressor is an agile, tough, and hard-hitting fighter with a balanced stat array of three Attack, three Agility, four Hull, and four Shields. Additionally, the Aggressor’s action bar features the focus, target lock, and evade actions, as well as the boost action, making it the first large-base ship in X-Wing to feature the boost action natively. On the other hand, you’re going to need all the maneuverability and element of surprise that the Aggressor offers because it only features a forward firing arc. You don’t have a turret weapon or rear firing arc to help you compensate for botched maneuvers. Certainly, you can use your illicit upgrade slot to equip a “Hot Shot” Blaster or Feedback Array. However, you’ll still want to focus on your flying, as these upgrades are for limited use only.
In many ways, then, the Aggressor is the first large-base ship that’s all about its maneuvers, and that might just make it the most “natural” of the large-base ships yet to arrive to a miniatures game that is – at its heart – all about outmaneuvering your opponent in order to get the ideal shot.
Of course, its pilots are anything but natural…

The IG-2000 Expansion Pack comes with four ship cards, all of which present different, unique models of the deadly assassin droid IG-88. Each comes with a pilot skill value of “6” and costs thirty-six squad points, but the four models are clearly differentiated by their unique pilot abilities.

Finally, as deadly and talented as each of these IG-88 models are on their own, the IG-2000 Title upgrade allows them to link their abilities.

Accordingly, we’re likely to see a number of solid squad builds that feature two copies of the IG-2000. Imagine, for example, the staying power that you’d gain by linking IG-88A’s ability with that of IG-88C. Equip both with Push the Limit, and you’ll have two high-powered ships that can potentially boost, evade, focus, and recover shields round after round. In this example, IG-88C uses his Advanced Sensors to perform a boost action before revealing a three-speed Segnor’s Loop. Realizing his maneuver (shown in red) would fail to catch the X-wing within his firing arc, IG-88C uses IG-88D’s ability to perform a three-turn Sengor’s Loop (green), which catches the X-wing in arc, allowing him to shoot for the kill.
No matter which combination you choose, or even if you run just a single model of IG-88, you’re certain to find plenty of tricks among the potential combinations of pilot abilities and upgrades. Then, it’s up to you to use these tricks to outmaneuver your opponent and line up the perfect shot.

Every bit as deadly as its pilot, the IG-2000 is a perfect blend of attacking power, agility, and resilience. With its myriad maneuver options, it’s also the perfect large-base ship to fly about the battlefield in an unpredictable fashion. Keep your opponent guessing. 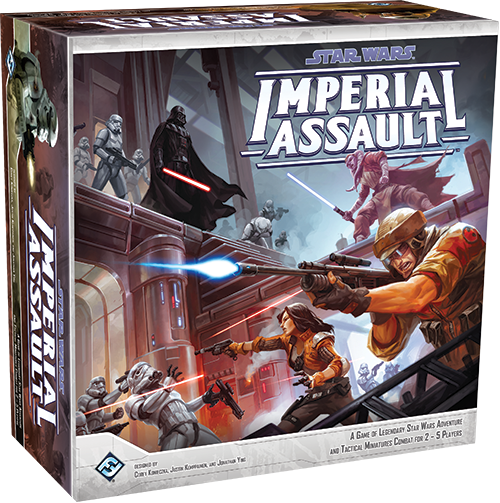