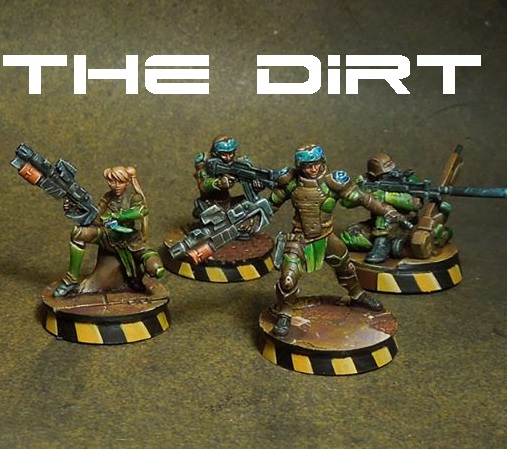 This article is a continuation from Part 1.

The News – Cover and Modifiers In Infinity

There are two types of Cover in Infinity.  Partial and Total.  Total cover means your model and your opponent’s model has no field of vision to one another.  The second type, and the one more important to our demo is partial cover.  For a model to be in partial cover the following things must happen:

When a model is in partial cover, you subtract 3 from the opponent’s target Ballistic Skill Value (when being shot at) AND add 3 to the models Armor and BTS saves should they get hit.   You’ll notice that all Infinity modifiers come in multiples of three.  It represents a 15% chance variance and often the modifiers cancel each other out.  For example, a +3 range modifier being canceled by the opponent being in cover (-3).

The Skinny – How to Count/Collect Orders

The second thing you need to know about infinity is how to count up your orders.  We will assume for the moment that both armies have a 0 point cost Lt who are in an underground bunker on the board.  All models who produce regular orders are counted and put into an order pool.  As you can see, all of the models in this demo have the “regular order” icon.  As long as your Lt is alive, your models will continue to generate regular orders.

At the start of your player turn, you would count the miniatures that are still with positive wounds and that determines the number of orders you get.  In this case, at the start of the game you would have 3 orders.  You spend one order at a time, choosing to activate any of the models (that are not unconscious or dead).  This can result in spending all three orders on one model (as long as it stays alive) or one on each miniature, or any combination therein.

Loss of lieutenant and being put into a retreat condition can change the type of order generated and how those orders can be spent.  Since your Lt is safe in a bunker and the new retreat condition is 75%, you will not have to worry about this for this demo.

The math on retreat: Each model is approximate 33% of the army list, so in order to have 25% or less, all three would be taken out anyway.

So that’s the second thing you have to learn to play infinity.

To recap, the first thing was the types of dice rolls.  Normal and face to face rolling at the target value or less, armor saves exceeding the target value.  The second thing was how to count and collect regular orders.

The DiRT – How to turn Orders into Useful Things

So how do I turn an abstract thing like an order into actions that are represented in the game?  Well, first of all, one order can turn into two short skills or one full order skill.

Examples of full order skills.  Climbing.  When your miniature climbs, they move only the first distance listed under the MOV statistic.  If a building has a ladder that you’re using, it is not consider climbing.  Climbing is more like “scaling a wall”.

There is an extensive list of skills you can perform.  We will cut that list to a manageable beginning in Part 3, where we run through a demo game, batrep style.

So that’s the conclusion of the news, the skinny, the dirt of the three Gencon Demo Rules.  Next week we’ll run the demo, and then we’ll start going MUCH deeper into the rules.  My hope is that as we do deeper dives into the rules, we will be able to have more batreps both in the article and in video to help cement the rules for players.  I have received some requests to go over melee and hacking rules, but the question I have for you now is what armies (after next week) would you like to see in future rules discussions.? Please no requests for sectorials that do not exist yet…. looking at you USAriadna.

Author: doremicom
Doremicom has been a tabletop wargamer for over a decade. His area of expertise is Corvus Belli's Infinity: The Miniatures Game. He began writing for BoLS in 2015.
Advertisement
Game Tutorial Infinity The Game Miniatures Rules
Advertisement

HOBBY: How to Paint a Melta gun! 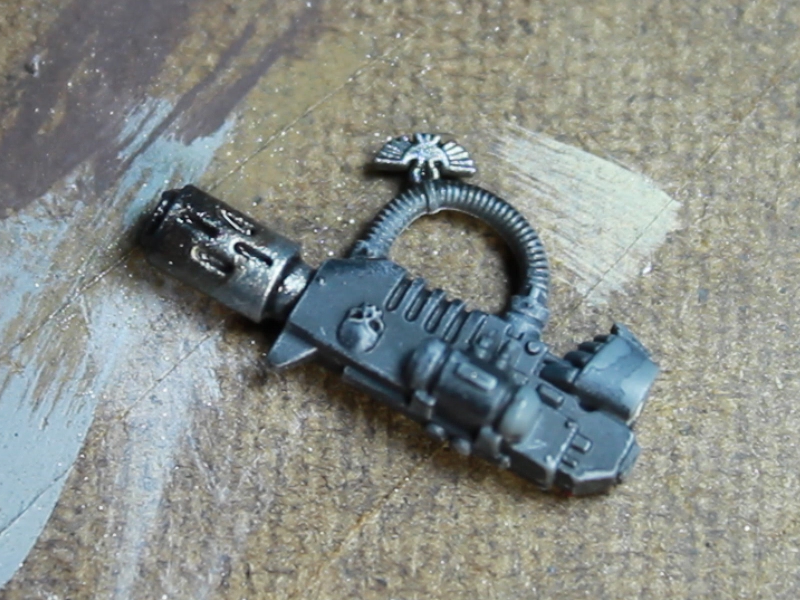