The Dirt – Top 5 Ways to Deal With Tohaa 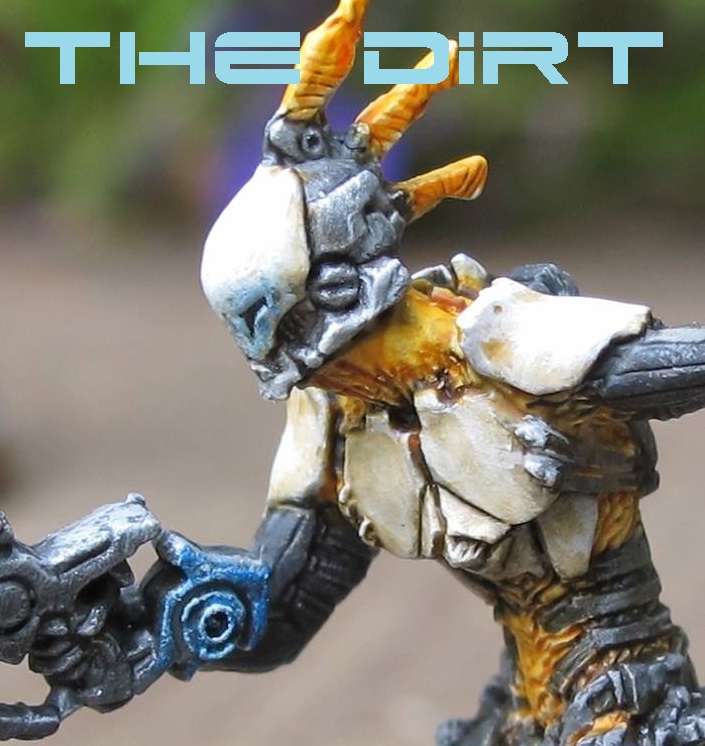 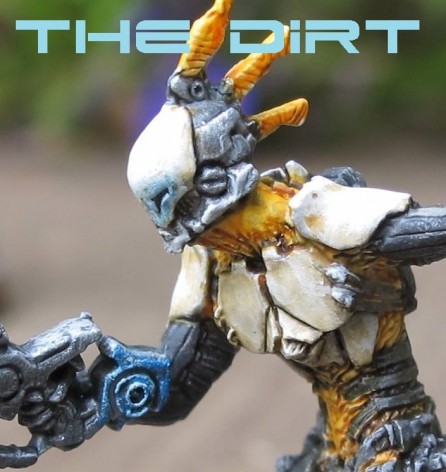 Tohaa can seem a daunting faction to play against for a new player.  In this article, I’m going to show you why you need not fear the artichokes.  Photo by Neill McManus.

I came across a series of articles that relayed a growing concern that the Tohaa are overpowered.  After thoughtful consideration of such a proposition (and because I had played quite a few games AS the Tohaa), I know that while their style of play can be frustrating.  But that frustration can sometimes lead to a bit of an exaggeration of just how potent the Tohaa are.  I had a hard time deciding what to name this article.  Some of the ideas that I went through included “Tohaa the other white meat”, “Tohaa, only scary the first time you play against them”, and “Artichokes, only good in a spinach dip”.  Before we go too far into talking about how to deal with this faction, let’s review why newer players tend to psyche themselves out. 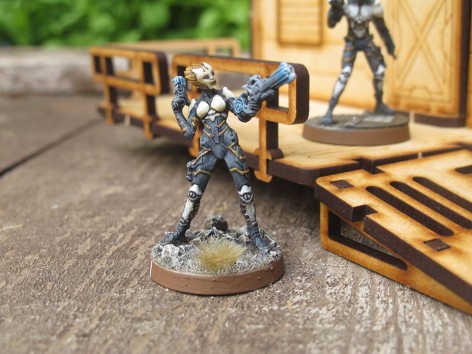 The News – 3 Reasons Why You Should Respect the Tohaa

First, many of the Tohaa come equipped with the Tohaa:Fireteam rule.  Effectively, this allows the Tohaa player to create a nearly unlimited number of 3 miniature fire teams.  And with the fire teams come 2 shots fired in ARO.  Add a multi-spectral visor Gao-Rael sniper with two other inexpensive Tohaa Kameals and you have an intimidating, movement denying team.  What do I mean by movement denying?  Equipped with a Sniper rifle, you can park these at the back of your deployment zone and force your opponent to spend a bunch of orders to use terrain to their advantage.

Second, the Tohaa’s living TAG the Gorgos.  Equipped with dual flammenspheres, this guy can rain down all sorts of fire template pain from a far.  Add to that, a chaksa with boarding shotgun (reminder +6 BS to hit) and you have a great up close and far away threat.

Lastly, Symbiant Armor.  Symbiant armor provides a lot of the tohaa with stat bonuses and additional wounds at a fraction of the cost of multi-wound models from other factions.

If you are a new player, fire teams alone are hard to deal with.  I get that.  But I’m here to give you hope.  With all this going for the Tohaa why am I about to tell you that they are NOTHING to be afraid of?  Why many people who know what strategies to apply to a Tohaa opponent see nothing scary about them.  They just see this… 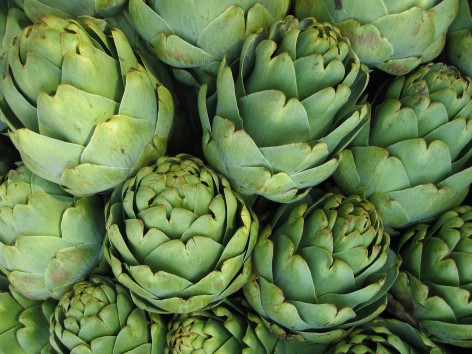 The Skinny – 7 Ways to attack the Tohaa

Yeah, I know the article said 5 ways….. but that’s what we do here at the DiRT, we give you more.

1) Use TAGs, and confront one fireteam at a time, ideally approaching from a direction where you can confront a single member of the fireteam.  Currently, outside of SpecOps, the Tohaa have NO offensive hackers.  Exploit that weakness.  You don’t need to worry about your favorite TAG (looking at you Achilles) being immobilized or possessed.  So walk your favorite TAG around the board (to avoid a ton of return fire), taking out the Tohaa.

2) Template Weapons.  Fire teams have a weakness.  They group the models together.  This is where your template weapons can crush the Tohaa.  Want it to be even more devastating, use airborne deployed troops so you can approach from a side where you have one or zero response orders.  Want to make it an ultimate killing device…..

3) Kill the Tohaa with fire.  Everyone’s list at this point should include at least one fire weapon, if not two.  The fact that it disables TO camouflage should be enough of a reason.  In Tohaa’s case, a failed fire armor save means instant death if the Tohaa model has symbiant armor.

4) Use a 5 man link team, and use that +3 BS against the Tohaa fire team.  Remember, Tohaa can’t create fire teams with more than three models, so exploit that as much as you can.

5) Since the Tohaa can’t have 4 man link teams with that +3 discover bonus.  Use camouflage to crush them into submission.  Just remember to avoid the MSV models and that camouflage is not quite as powerful in 3rd edition as it is in 2nd.  Specifically I’m referring to the way that in 2nd edition a 3-man link team had no defense strategy against a model coming out of camo to dismantle the link. Clarification added regarding Dawson’s comments below.

6) If you’re hacker heavy, break apart their link teams by isolating an individual fire team member into its own group (when dealing with heavy infantry or models with comm devices).  Or utilize your hackers to spotlight a member of the Tohaa link.  And there’s always E/M ammunition to isolate the models out of a link.  Eventually the Tohaa opponent will have no command tokens to rejoin their many fire teams up. Correction/Suggestion added regarding Dawson’s comments below.

7) ***sort of a way.  Remember that models that lose their symbiant armor…. auto fail a guts check.  This can be helpful if it forces them to retreat in such a way that you gain movement dominance on the board.

So how do we put these lessons into a game? 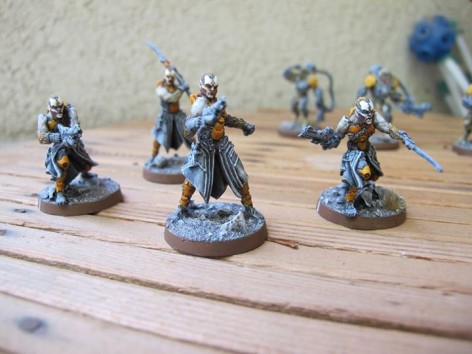 The DiRT – Reading the Board, Playing To Your Strengths

There are a ton of scenarios, I can’t possibly address them all in this article.  But what I would like to do here is to go over a single player turn in a game between Tohaa and Vanilla Yu Jing.  Special thanks to Charles who played Vanilla Yu Jing for the first time and helped me prove how much havoc could be created using the tactics shown earlier in this article. 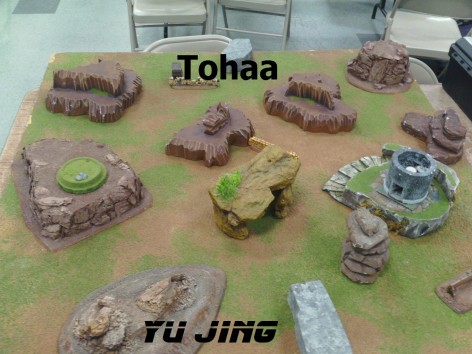 Yu Jing With Sun Tze won the Lieutenant willpower face to face roll.  As a general rule of thumb, Tohaa should always want to go first.  It’s counter intuitive because they have so many opportunities to field linked teams (that fire twice in ARO), that you’d think they would not mind going second.  The reality is that their lack of sixth sense level 2 and weakness to fire and template weapons will almost always result in them going first.  Yu Jing decides to go first to take away that advantage, as such they deploy first as well.  Due to Sun Tze’s Strategoes level 3, Yu Jing will be able to keep 2 models in reserve.  Yu Jing’s side after initial deploymentlooks like this:

8 models have been deployed.  With the exception of the Shang Ji Invincible hacker, there’s nothing to suggest that there’s barely more than 50% of the Yu Jing forces on the table (unless there’s a bunch of hidden deployed troops). As such, the Tohaa respond by putting up a balanced front, covering the table edges (to help deal with airborne deployment as well as covering their flanks with the Chacksa Auxillery with 360 visor/neurokinetic skill that will help keep the Tohaa fire teams covered.  The Tohaa deployment looks like the following:

And this is when Yu Jing brings down the hammer, deploying their Guija TAG and Lieutenant (Sun Tze).  The TAG was going to be the big threat in this Scenario because Tohaa had spread out.  Had they clumped together, the opportunity would rest more with the Celestial Guard with grenade launcher.  Why?  Because had Tohaa only deployed on one side, the ability to move without being shot at would have been greater.  Get the grenade launcher close enough and lob grenades into Tohaa in the protection of terrain.  Since they are spread out, the Yu Jing will want the high armor, multi-wound target to do its heavy lifting. 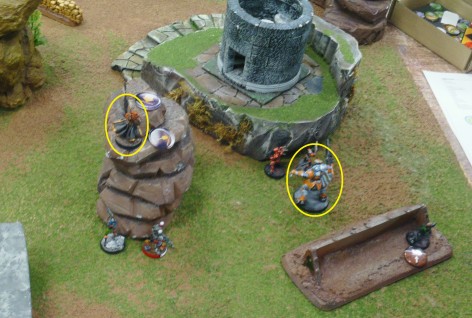 In Conclusion, both army lists have a reasonable number of specialist troops and act as a “whatever opponent, whatever mission” type lists.  Each list has the following miniatures in them:

The Tohaa Player spends a command token to reduce the Yu Jing order pool by two.  So instead of ten, they have 8 regular orders (+1 for Sun Tze’s Strategos Level 3 Lt order that can be used by anyone).  First Yu Jing moves the aragato biker.  It will have no impact on the game as it stays hidden during it’s first move (which was impetuous).   Correction by Jason… because the biker was not extremely impetuous, no order was required to stop its movement. 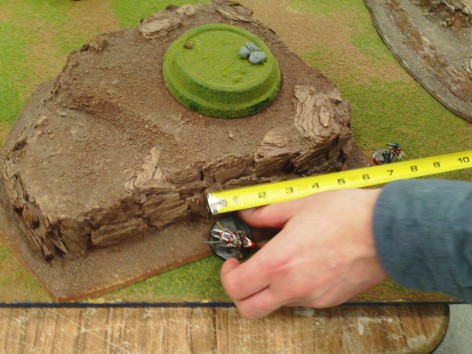 Order #1: Move the Guija TAG, into partial cover and fire at the prone Chaksa Auxilliar with HMG.  Because the Chaksa was at a higher elevation and prone, he’s in partial cover.

The result of this encounter, the Chaksa is taken out. 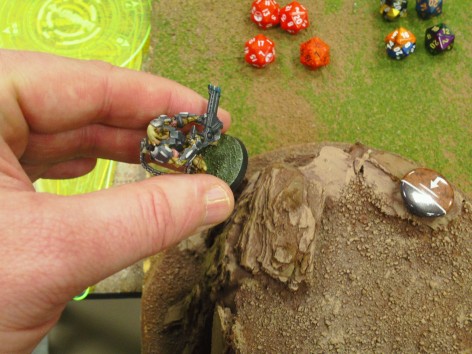 The Guija TAG is moved up half an inch and now is exposed to two members of a link team (Sakeil with Viral Combi and Gao-Rael with Spitfire). The two link team members and the Guija fire at each other. 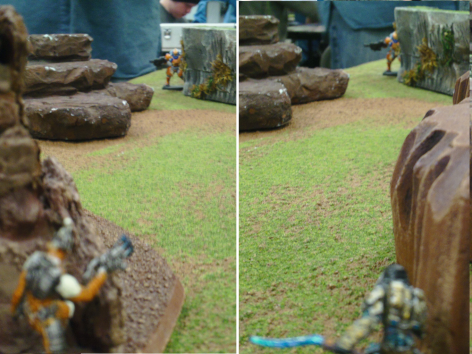 The result of the gun fire is the Sakeil is hit but makes his armor save and drops prone (choosing to fail his guts check).  The Gao-Rael critically hits the TAG.

Order #3: The Guija TAG (we’ll name him El Jefe for the rest of the article) fires at the Gao-Rael again.  The Gao-Rael takes a wound and falls back on his guts check.  Reminder: The GAo-Rael auto-fails the guts check because the wound taken removes the symbiant armor.

Order #4: El Jefe makes a bee-line for the terrain, walking up one step at a time to avoid having to “climb”.  The Tohaa have a really hard decision to make here, do you reveal your Clipso with combi-rifle sitting on the hill.  Tohaa decides against it as the TAG’s elevation would remove the extra cover the Clipso would get from being elevated.  El Jefe and the Ectros HMG fire, the result is the Ectros crits the TAG, and the other shot gets shrugged off with an armor save.

We’re almost at the 50% mark, we’ll conclude this next week.  I have to apologize, I took the photos last night and just did not have the time to finish the battle report…. work is calling.

The folks over at Precinct Omega, had a brilliant idea.  Jersey barriers created by using a Jenga set and applying textured paint to it. 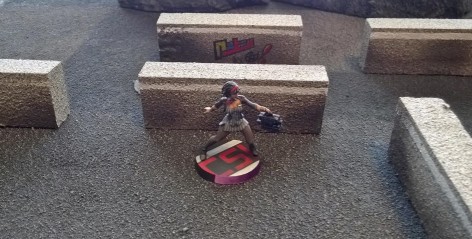 So that’s the initial news, skinny, and the dirt of dealing with the Tohaa.  Up next, we will conclude the Yu Jing/Tohaa Battle report and start walking through the N3 rule book.  If you take a photo of your game right after deployment and want to know what strategies to use against an enemy, drop me a line and send me the photo.  I can’t promise success, only unnatural crits can do that.  But I will provide any thoughts I can add in a future article..  As always, you can find me here, on Facebook, or on YouTube.

Author: doremicom
Doremicom has been a tabletop wargamer for over a decade. His area of expertise is Corvus Belli's Infinity: The Miniatures Game. He began writing for BoLS in 2015.
Advertisement
Infinity The Game Tactics
Advertisement 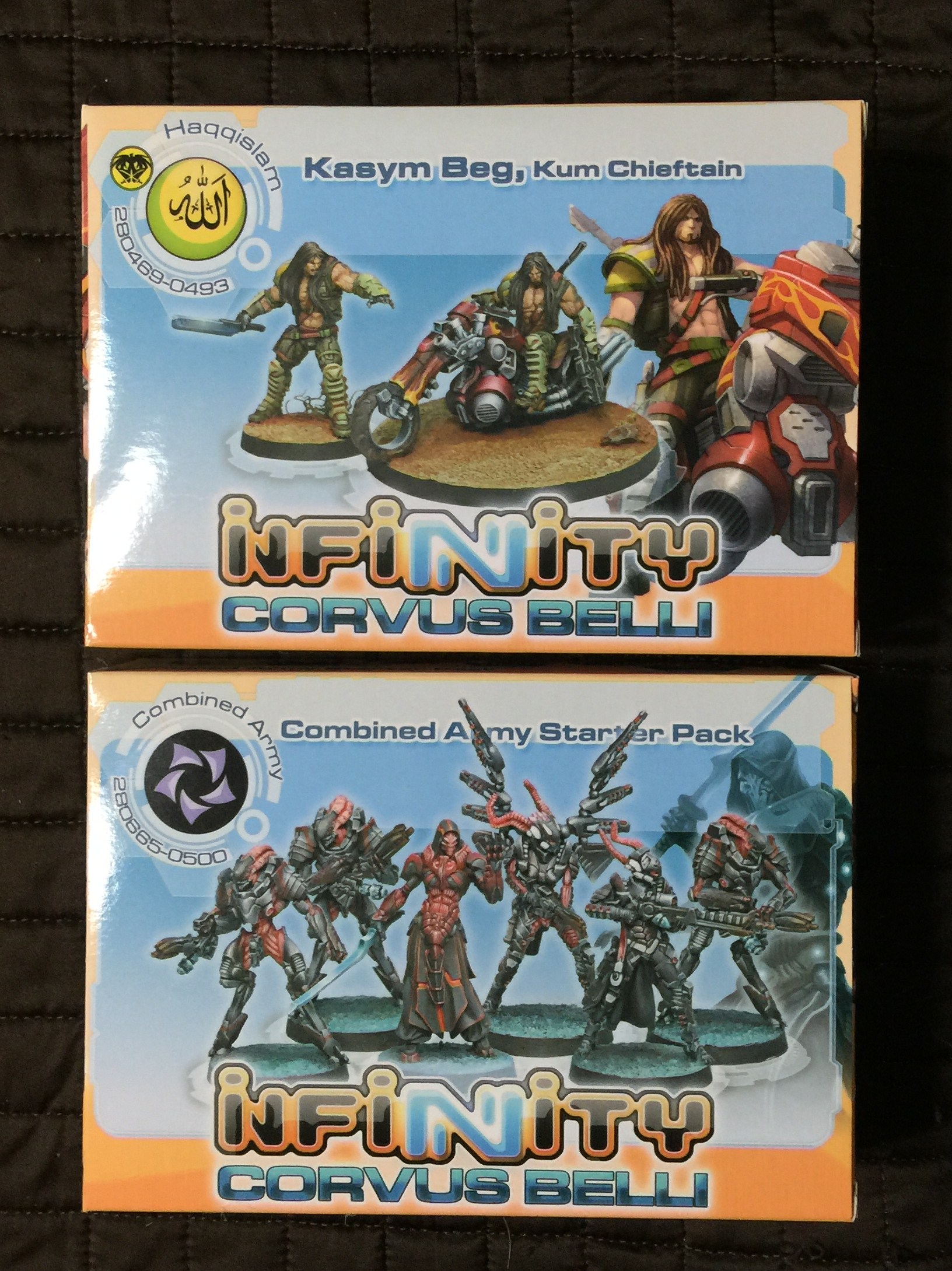