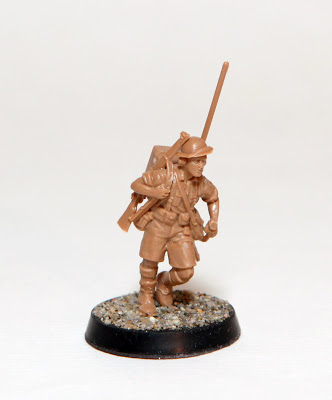 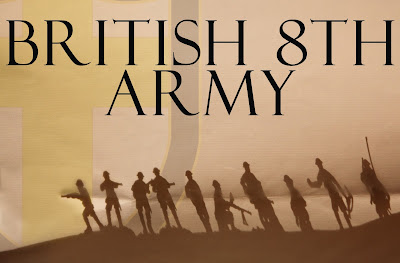 A while back my friend SC John gave me a box of the much discussed Perry Miniatures “Desert Rats’. He bought some Afrika Korps Germans from the same range and we decided to put together a desert themed battlefield, with 2 nice looking armies.

Just to make sure, here’s the box set that I got: 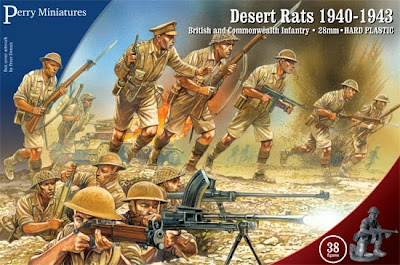 Upon opening, I noticed one thing right away: these models have absolutely great detail. The sculpts are crisp with plenty of detail, including tiny shirt buttons. To be honest, i realized I am not a good enough painter to honor these little guys. Here’s the radio man, which will become my forward observer for my Spitfire. 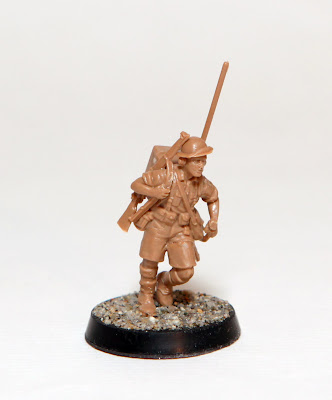 You can see the nicely detailed torso, with plenty of detail to work with. It’s not really strange, keep in mind the Perry twins have been in this game for a long time and have sculpted plenty of model classics for Games Workshop. The only complaint I have about the set, is that there are no shirt sleeve decals. I had to paint mine on, which looks fine from afar but poor upclose.

All the models are on Games Workshop bases with Litko magnetic adhesive for easy transportation. I kept the ground on the base minimalistic, the way desert looks where there is a lot of foot traffic.

When the Desert Rats kit came out, there was a lot of buzz about the size of the models, which is 28mm but not ‘heroic’. So the head and body size actually look realistic, but also makes them slightly smaller looking then Warlord’s Bolt Action models. I read that people wouldn’t model or play them, since the size difference bothered them so much….well, here is a comparison, with a Victoria Miniatures guardsmen and a Warlord medic included. The medic is metal. 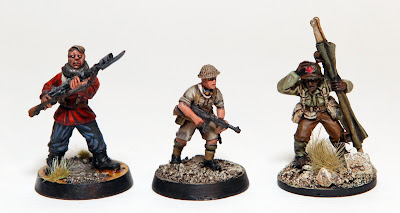 Now you can’t tell me the Perry minis are SO far off, you won’t play with them? Of course basing it on a GW base helps my cause a bit..but they look splendid nonetheless! Go buy yourself a box! The Perry twins have a great website: Perry Miniatures. If you want to follow my exploits in Bolt Action, go to Santa Cruz Warhammer Historical.