Infinity: A Look at Factions, Ariadna 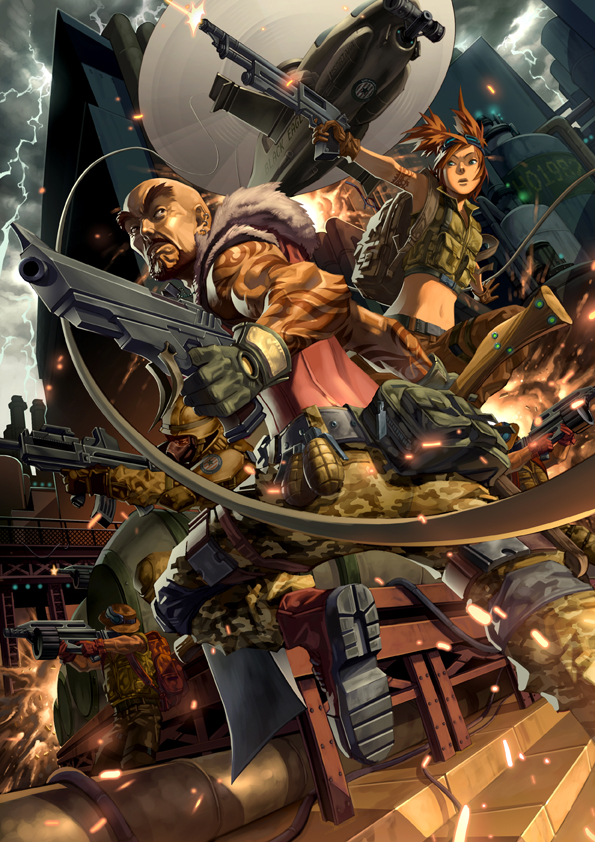 Underdogs bite, and they bite hard! Today we look at Infinity’s Ariadna.

Merciless lands breed harsh people. Living beyond the frontiers  of civilization means letting go of  many luxuries, affectations and even instincts gained  in softer, more  plentiful times, and yet struggling to not give  in to the savagery and inhumanity of their precarious  position.

That means pragmatism. Initiative. Resilience. Patience. Opportunism. Humankind  has  so long been the top dog  in  its  own environment, it rarely cultivates those traits until there’s an emergency, and by then it’s  often too late. But when living past the borders, ‘emergency’ is a way of  life. Ariadna are those who faced that challenge and survived. Not  only that, but thrived. They went as far as  one could  possibly  go from the cradle  of  civilization and comfort, were  left stranded  in a pitiless world with every factor stacked against them, looked those  odds  in the face and doubled down. And now that the Human Sphere caught up with them and steers a covetous eye to their  hard-won resources, they are all too willing to face that behemoth down as well and assert their  independence.

Ariadna’s history begins right where that  of the old Civilization game ends: by sending a colony ship out  into space. Granted, it was the second  of such ships, but it still counts. Humanity  has  just discovered a stable wormhole  leading to a system with a  habitable  planet, and after sending the first  ship through to start the colony, another, more ambitious  vessel was constructed under a multi-national mandate to go shore up the colony.

That’s when things went  south.  The wormhole  promptly  collapsed when the Ariadne  ship passed through it, dashing the  new  Space Age  just as  it was  stepping  out  of the cradle. worse, the crew  landed on a  planet that  had no signs  of the  previous colony ship, but a whole  lot  of territorial, aggressive  alien creatures known as  Antipodes. Between trying to establish living conditions, hoping for a rescue that wasn’t coming, fending off the aliens and  holding community stable, the colonists had their  hands full, and the original colony went through a sort  of voluntary collapse: the  Russian, French, Scottish and American elements of the  population migrated into smaller, separate settlements to try and  save resources while  making sure that at  least  one of them would survive.

Surprisingly, all of them did, through sweat, tear and a fair bit of blood. Even more so, they remain the truest examples  of the cultures that birthed them, since  back on earth things were changing fast and the old  powers and national identities were being subsumed  into the giants  of PanOceania and Yu Jing.  USAriadna  might well be the  last  place  in the universe  one can get a real coke.

Centuries later, Ariadna was a tale of hardy success. Caledonia turned into a group of clans fighting each other when they were not  banding together against Antipodes  or trespassers, the Kazaks turned their discipline and and backbone toward expanding their settlements, and Merovingians found their  space by linking communities and  getting trade going between everyone else.

And then the Human Sphere found them again. 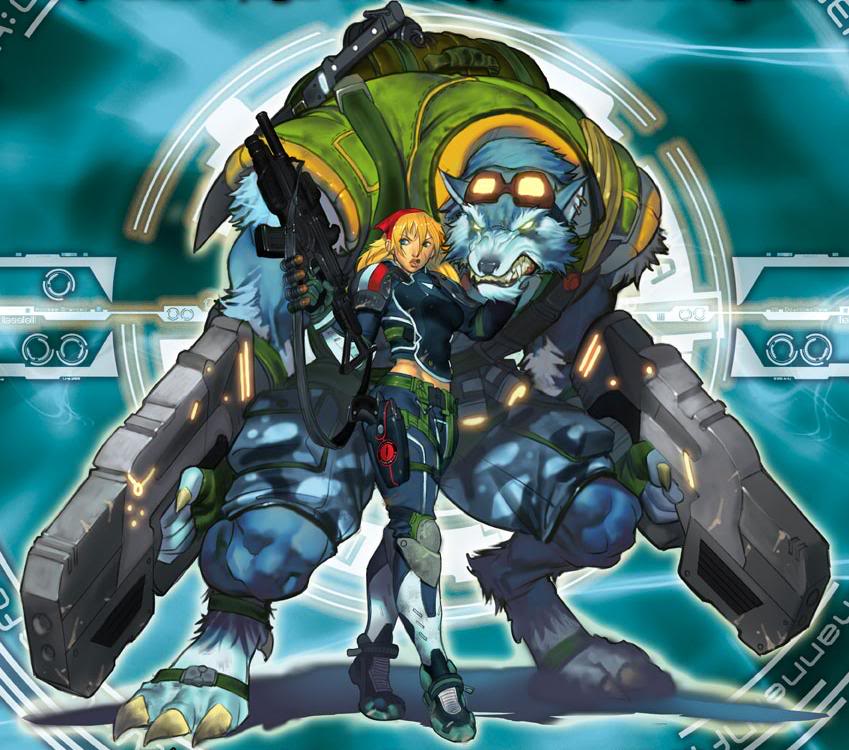 “Well, you guys were a bit less canine last time we saw you…”

But this wasn’t the happy  reunion of  castaways. The human factions that now hovered in high orbit  over the  planet  had very little in common with the world they remembered  leaving, and even less than what they hoped to meet. Worse, the voracious  corporate and state  powers  of PanO and Yu Jing soon learned  of  Teseum, the ridiculously valuable  neomaterial that was  quite plentiful here, and were all too eager to start carving  out the  planet for their  own benefit and gleefully ignore its human population as little more than backward relics  of a failed age.

Enough was enough. The  hardened survivors of Ariadna put the hopes  of the  past behind them and banded together to assert their  independence, attacking the early  exploratory missions of the greater  powers before they became relegated to squatters  on their  own planet.  Eventually, Haqqislam and the Nomads  lobbied  O-12 to make sure that Ariadna could safely  lay claim to their  own planet before the attrition became all-out war, partly out  of a genuine desire to keep smaller  powers viable, partly because  letting the PanO or Yu Jing get  their way too much is always  bad for business.

Don’t Tread on Me

The hardy Ariadna colonists excel at  asymmetrical warfare. Nomads can do it as well, and Shasvasti can pull it  off with more hi-tech units, but no one does  it as extensively as the people of Dawn, or require  it as  intensely for achieving victory. You can send your best heavy hitter to attack the enemy’s top unit and  sometimes you’ll win, sometimes you’ll lose.  Make that top unit extend itself, chase after camo markers, spend useless orders and open vulnerable flanks, nuke his order providers mercilessly, and you’ll win waaay more  often than not.

To that effect, the army  has a wealth of camouflaged units across  nearly all categories, from skirmishers with shotguns to anti-armor specialists pulverizing  TAGs with Autocannons. It also has a bunch of  options of advanced deployment: Infiltration, Mechanized deployment, Tactical Jump, Parachutists, ambush camo and the like. This helps you a  lot  in  setting up fire  lanes, area denial, and  camping  near objectives to force your  opponent  into making mistakes trying to stop you.

Mass Warfare is another Ariadna trademark. It  has  precious few  of the uber-expensive units you can find in the ALEPH, Combined Army and PanO roster, and  plenty of their stuff  is quite affordable, letting you bring  lots  of what you want. For 60 points, you can bring 10 crazy sword-swinging, smoke throwing dogged scots to charge enemy lines and blanket the table with smoke markers, terrifying anyone who didn’t  invest heavily  into total Reaction remotes  or a  truckload  of  mines. And if they die, it’s no big deal. They already forced the enemy to spend  mines, orders and change  positioning rather than deal with your actual attack.

Exotic Rules are also a thing for the faction. While  it  lacks the  ultra-tech of te rest  of the Sphere and  the alien guests, it picked up quite a few odd things  in the  harsh world of Dawn. Units  of  domesticated murder-critters controlled remotely, giant werewolf hybrids parachuting behind enemy  lines, Teseum and viral ammunition to give your guys an edge  in engaging the enemy are all factors the Ariadna  player can rely uponin order to keep things  properly uneven (in your favor).

Specialist swarm is another Ariadnan advantage. Granted, they are  not  usually  the top of their  league, but they are not too shabby either, they come cheap and have  plenty of fun gear and rules. you  have camo specialists, infiltrating specialists (or  both!), parachuting specialists, impetuous specialists if you want the  meanest engineers the universe ever spat  out, and so on. 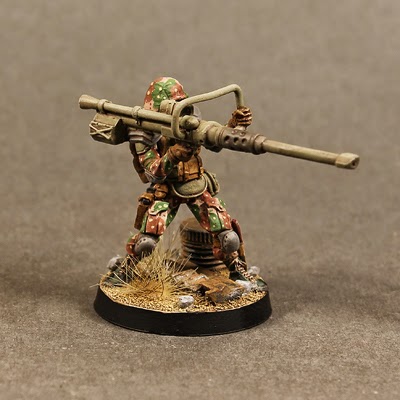 “No I’m not compensating for anything. I’ll shoot anyone who says I am.”

Another classic  Ariadna trait  is  heavy ordnance. These guys  believe  in  traveling low and attacking with overwhelming force  before  melting  back into the  backstage. So Armor-Piercing HMGs and rifles, mighty autocannons, Traktor remotes that  can  pepper areas with saturation fire, Adhesive cannons to glue TAGs and  HI in  place are all in decent supply!

Finally, there  is the  fact that the bulk of your forces are unhackable. So even if you are shut out  of most of the infowar shenanigans, they are also very much limited  in what they can do to you. Your  mostly  non-Cubed troops don’t even have to fear being Sepsitorized!

The Empires Strike  Back

It’s not all wine and roses, though. Not for anyone, and especially not for the underdogs just trying to get a bit of respect. Ariadna  has some  keen drawbacks that you have to be aware of to make sure you win games as well as enjoy they playstyle of the army.

Lower tech is the main thing, of course. Sure, the army  has options to get around  it and engage  in competitive terms, but you’ll still see no monofilament stuff to inta-kill TAGs, no TO Camo to baffle the enemy vanguard, no Hacking Device + or Impersonation to shield your  units as something else, no cool bipedal robots stomping their way about and soaking  in enemy  firepower, not even combi-rifles to get that sweet +3 all the way from 0 to 16  inches (Unless you’re  William Wallace, that is). Accessing  mercenaries can give you some wiggle room, but it’s still a thing. 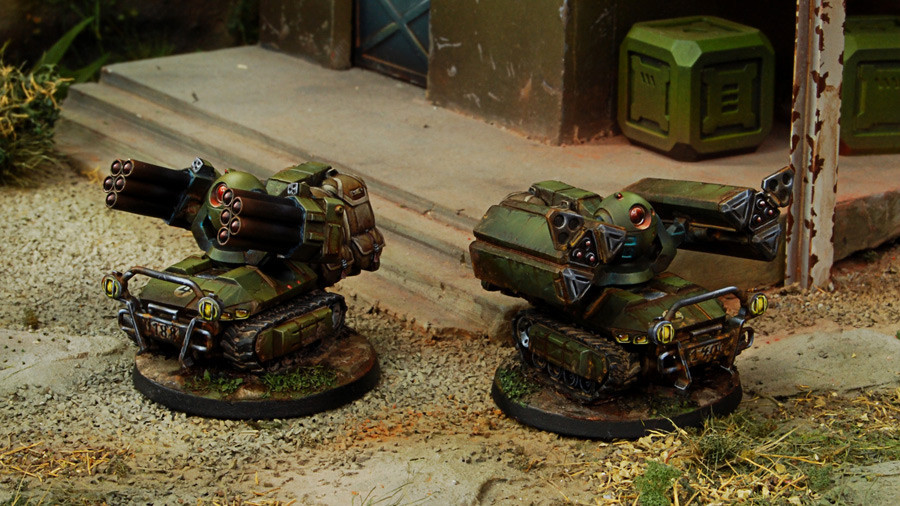 Sure, these are so low-tech we can probably build them right now, but getting shot by them is still not fun at all.

Fragility is something else to take  into account. Other than their  lupine  pals, nothing  in the Ariadna roster  is sporting two real wounds.  A few  bigshots  here and there get access to No Wound Incapacitation, and that’s mostly  it, meaning you better watch out  for Shock, Viral and  DA ammo that will send even your elite straight to the grave.

Another issue is Inferior Hacking. Even if you bring  in some mercs to help you out, you’ll do it worse that almost everyone else. You’ll have  poor  map coverage due to having no repeaters, lackluster  hackers and no fun EVO gadgets, meaning that  you won’t get to boost your remotes, mark enemy targets  or guide your drops as well as your rivals.

Look for more Infinity in the days ahead!