If you’re a junkie of the  Horus Heresy and Forge World don’t miss this post!

Book five of the fantastic Horus Heresy saga will be shipping on Friday from Forge World, and contains the rules for not only two new legions, but also the Legio Titanicus. It also contains new rules for Adeptus Mechanicus releases not covered elsewhere, the new Stormbird, and the Xiphon fighter! 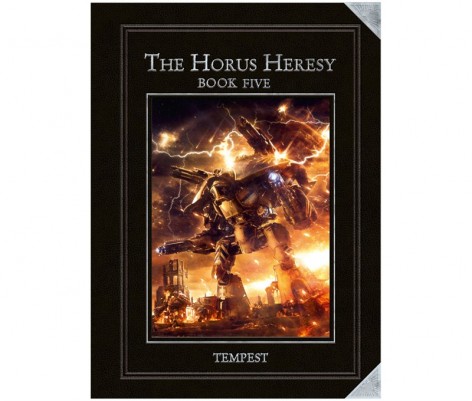 Previously isolated from the brutal devastation of the Horus Heresy as it tore across the Imperium, the Ultramarines were drawn into Mankind’s civil war when betrayal reached Ultramar. The Horus Heresy Book Five – Tempest tells of the Word Bearers’ treacherous attack on the Ultramarines at the mustering world of Calth. This cataclysmic battle engulfed the entire system, pitching not only the Legions against each other, but also the massed ranks of the Imperial Army militia and the towering god-machines of the Legio Titanicus.

Lavishly illustrated in full colour, this leather bound 270 page book contains an extensive history of the Ultramarines, unit profiles and an army list as well as rules for the Primarch of the XIIIth Legion, Roboute Guilliman, so he can lead your army to war along with the elite of his Legion. To represent their part in the conflict, the rules for the Word Bearers Legion have been updated and new units and characters provided for them. The new Imperialis Militia & Cults army list allows you to field the massed troops and war machines of a range of armies raised on a myriad of worlds, including planetary defence forces and twisted Warp cults, with rules to represent your army’s unique background and fighting style.

Additional units for Legiones Astartes and Mechanicum armies are presented within Tempest, such as the Sokar Pattern Stormbird, the Domitar Class Battle-automata and rules for using the gargantuan Mars Warlord Battle Titan. 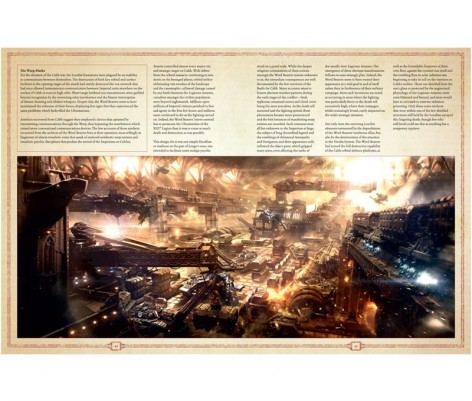 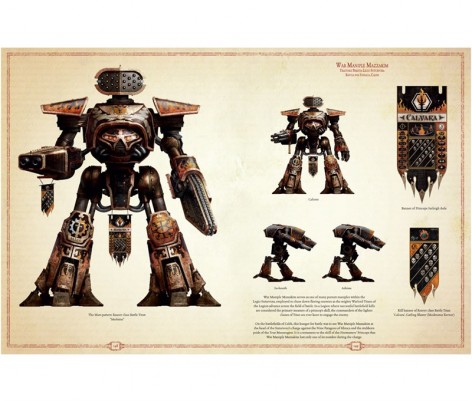 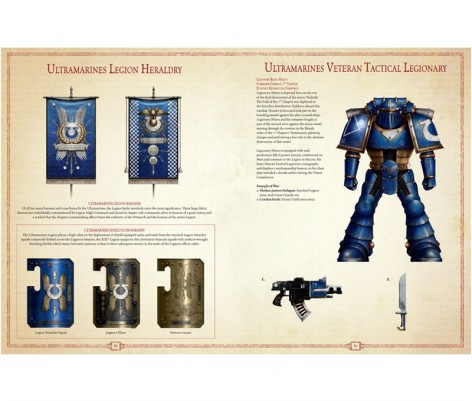 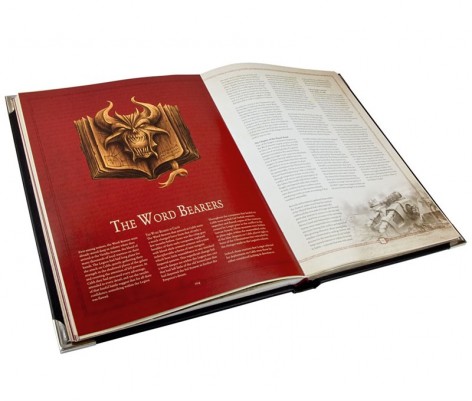 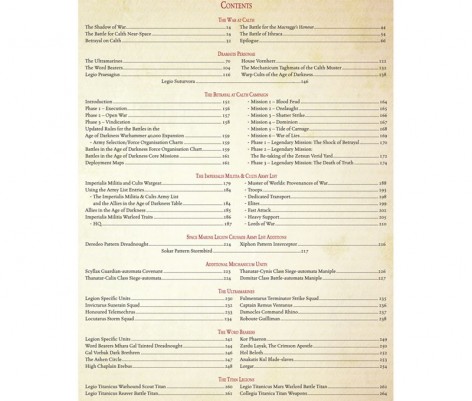