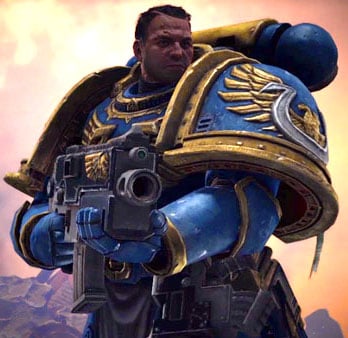 Here come the new Space Marine Tanks! Checkout the rules and more below!

We saw these pop up late last week, as a Warhammer World ‘exclusive’ and to be honest even though they were rumored to be on the way, it was still rather unexpected to say the least.

Regardless, they are very cool looking vehicles as may just anchor a new release of the Astartes themselves!

via a reader on Faeit 212
Space Marine HQ Command Tanks sold in one box together with only one sprue to upgrade both base tanks (think the price is £75). They have either the space marines, blood angels, dark angels or space wolves faction. They are chosen together as one HQ slot but operate as separate units on the battlefield.

Rhino Primaris gets an Orbital Array which either brings in one reserve unit automatically or calls an orbital alpha strike (massive blast orbital bombardment) and also has a serveo-skull hub which once per game, per ability, gives one unit in 12” snapshots (including overwatch) at full BS OR fearless OR vehicles only, restore 1 hull point on 2+. Comes with twin-linked plasma gun and transport capacity of 6. No information on points cost yet for either tank.

Excelsior has Aquila Aegis field which is effectively extra armour with inbuilt 6++. One unit within 12″ (can be upgraded to 18″ for 10pts) gains one special rule for the turn from: counter-attack, fearless, hit & run, Interceptor, preferred enemy, sky fire, spit fire or tank hunters. Can take a combi plasma. Comes with 2 twin linked lascannons, a grav cannon and grav.

If an Excelsior is within 24” of one or more friendly primaris then +1 BS to excelsior. Both tanks can take the usual stormbolter, hunter killer, extra armour and dozer blade (rhino only) upgrades.

Additional Pics from eBay where its already for sale for double the Warhammer World cost. 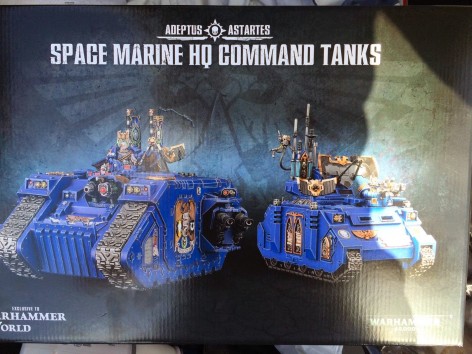 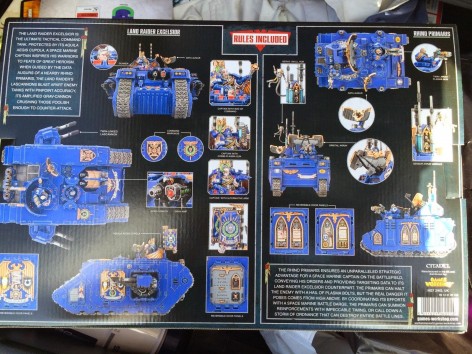 Rumored to be about the points of a Land Raider and a Predator combined, I can see all kinds of new uses for these new vehicles!

Checkout the rest of the new and release from Warhammer World below!

So, thumbs up, or thumbs down? 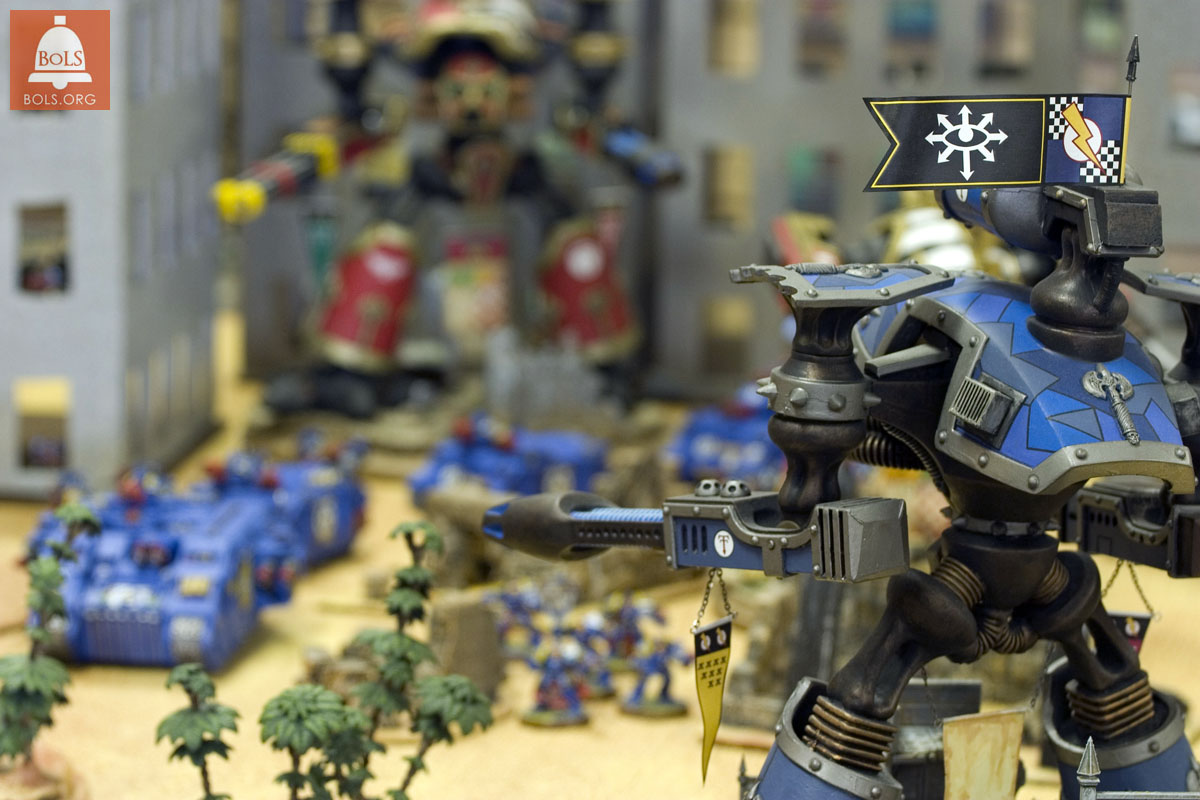