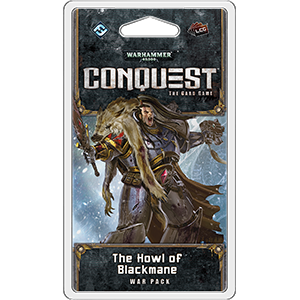 Today we unbox The Howl of Blackmane, an expansion for Warhammer 40,000 Conquest, the Fantasy Flight Games’ LCG set in the Grimdark. Let’s hit it!

First up, our unboxing:

This War Pack contains sixty cards, including one warlord with its signature squad and three copies each of seventeen unique cards, giving you a full play set of every unit, support, event, and attachment. Whether you spread the corruption of Chaos, march to war with the Orks, or empower the troops of the Eldar, you’ll find the cards you need inside this War Pack. The hunt for your opponent’s warlord begins with The Howl of Blackmane!

Contains cards 1-22 of the Warlord cycle.

Next up isour unboxing of the main Conquest starter boxed game to get you started:

NEext up is FFG’s excellent video gameplay tutorial to get you up and running in no time: 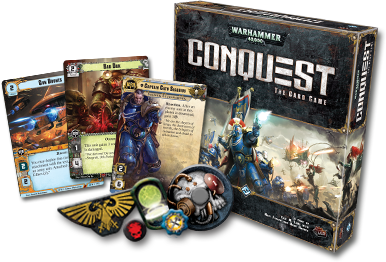