40K: Electro-Priests: Inside the Box 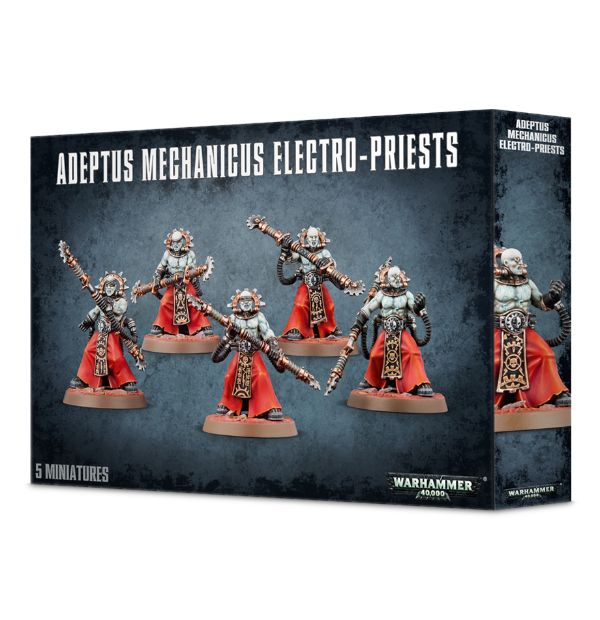 Come see the ‘shocking’ new Cult Mechanicus units up close and personal. What lay within is SHOCKING 🙂

Big and bad, the new Electro Priest and Tech Priest Dominus rounded our a great lineup of Mechanicus models from this year.  A lot of people consider these guys the coolest looking models Games Workshop has ever produced. 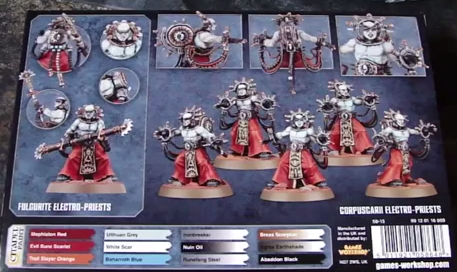 The Electro Priest box set contains all the parts you need to make either of the two unit types. Plus the Dominus model comes with two great looking heads to choose from as well.

As far as clam pack miniatures go, we haven’t see one as big as the Dominus yet. Weighing in at a heft two sprues and one 50mm base, this figure is sure to be a fan favorite for years to come. 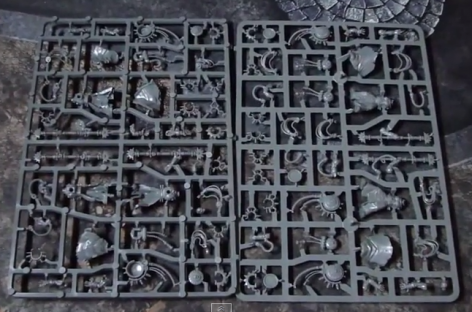 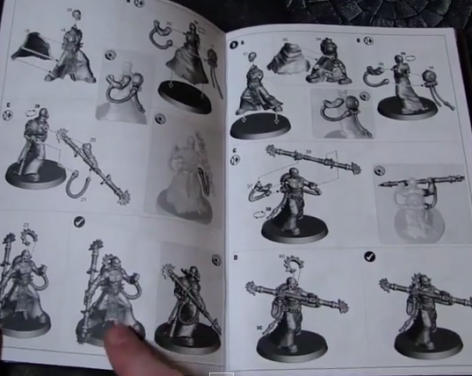 The new five model box set retails for $41 US and once again it doesn’t seem like a bad deal honestly.

Author: Robert B
Robert is a veteran tabletop and miniatures gamer, and writer with over 20 years of experience. His specialtiesies are the worlds of Game's Workshop's Warhammer. He began writing for BoLS In 2010.
Advertisement
Adeptus Mechanicus Unboxing Videos Warhammer 40k
Advertisement

The Road After Marines - Tzeentch Daemonkin Next?