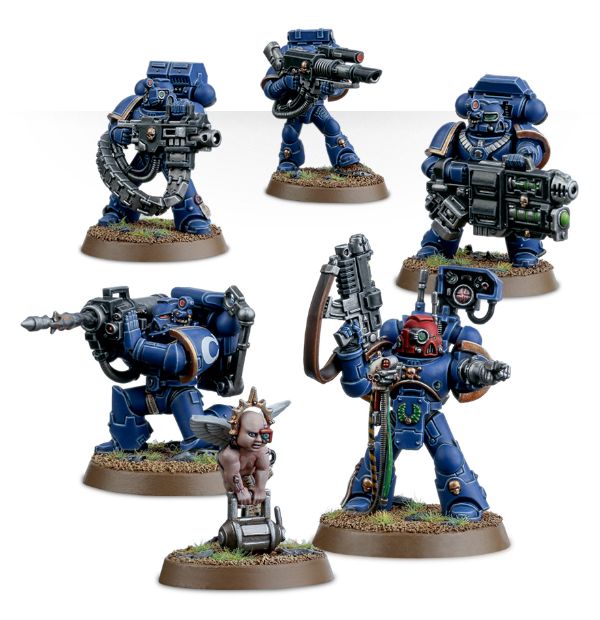 Adeptus Astartes have returned – and they have your wallet in their sights! Devastators, Limited Edition Codexes & More! 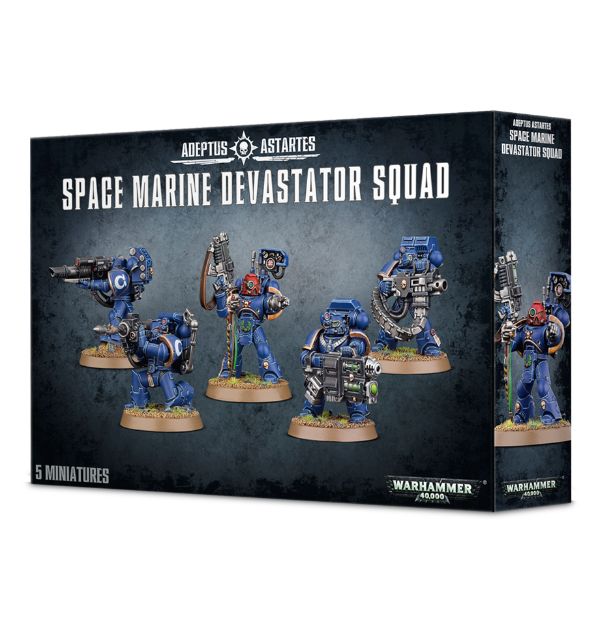 This multi-part plastic kit contains everything you need to build five Space Marine Devastators, one of which can be optionally assembled as a Space Marine Devastator Sergeant, with three Sergeant heads included. The poses these models can be assembled in are classic Devastator poses, with targeter helmets and castellated greaves designed to counter the immense recoil thrown out by their heavy weapons. 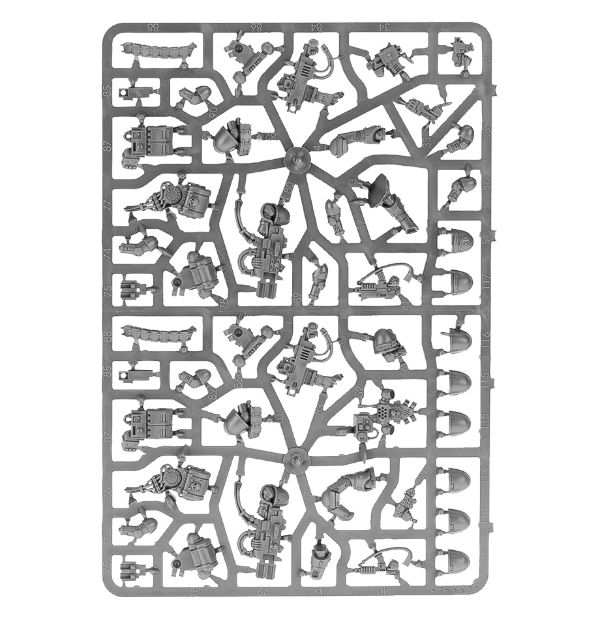 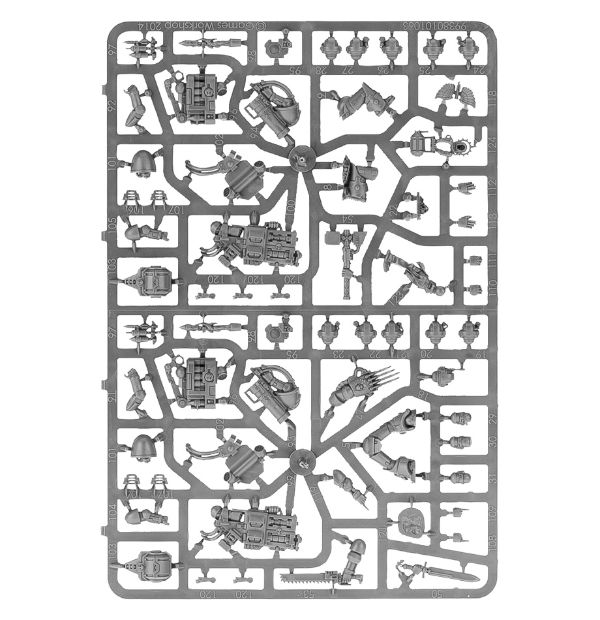 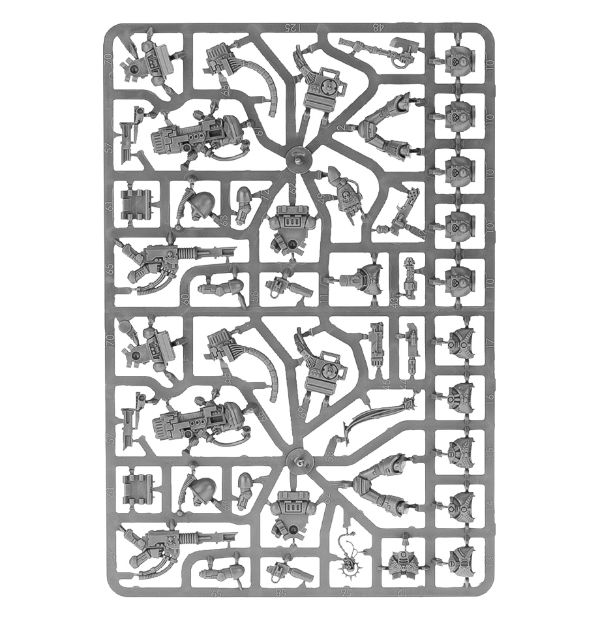 Speaking of heavy weapons, the Devastator squad features an *incredible* array of the Imperium’s finest. Included in this squad: 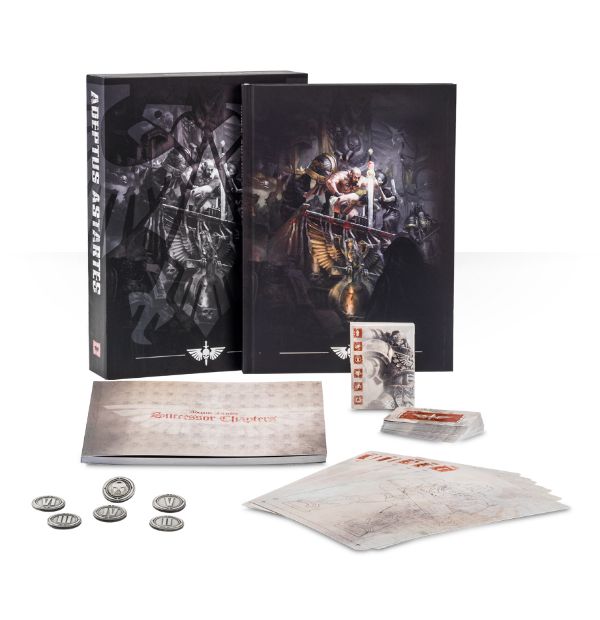 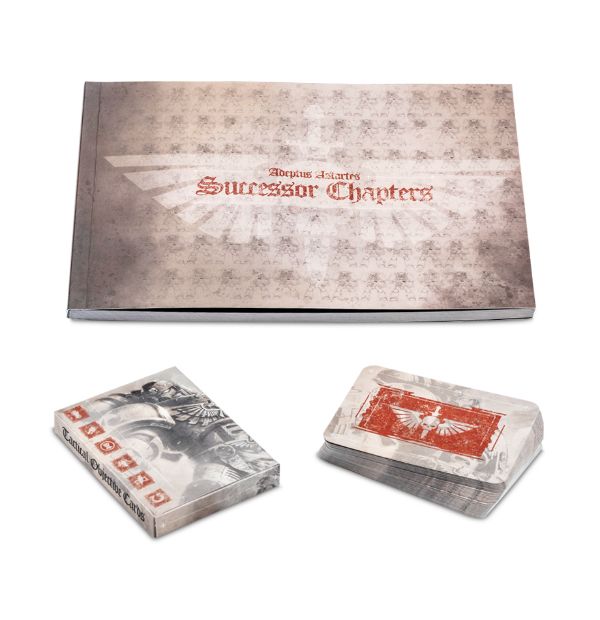 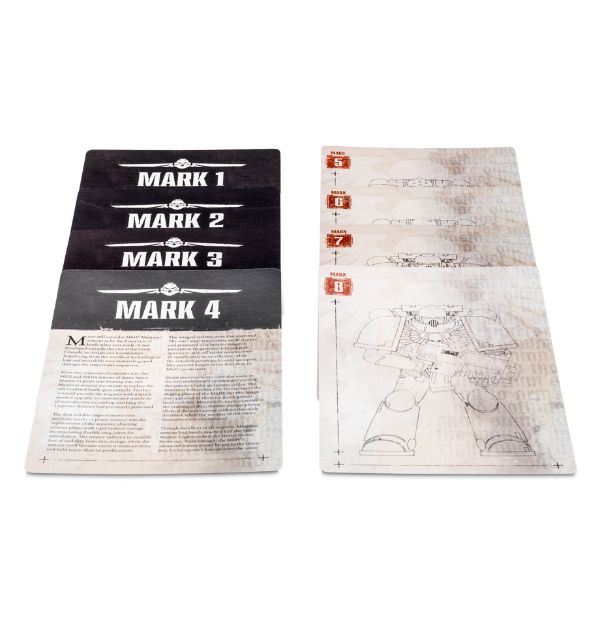 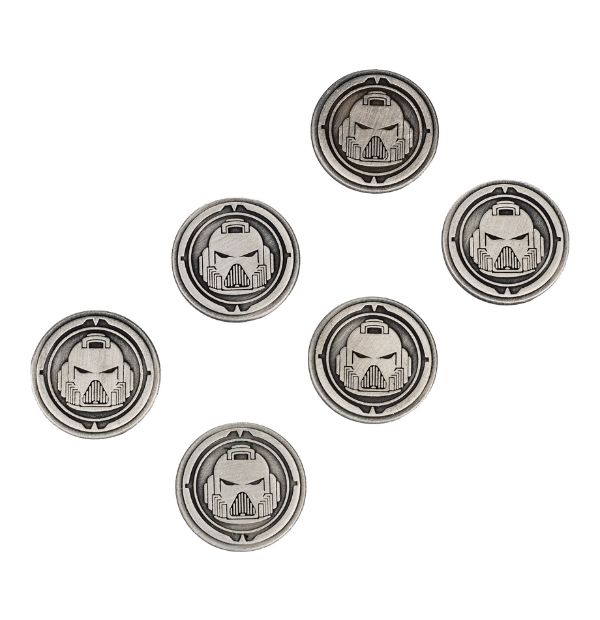 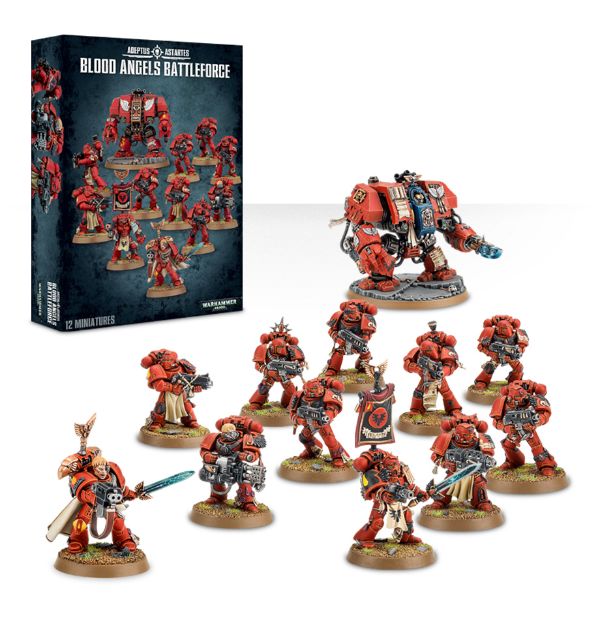 This Battleforce is a fantastic way to begin a Blood Angels army, or a great way to bolster your existing force as they strive to cover their terrible secret. In it, you get everything needed to build one Blood Angels Captain, a Blood Angels Tactical Squad and a Furioso Dreadnought. 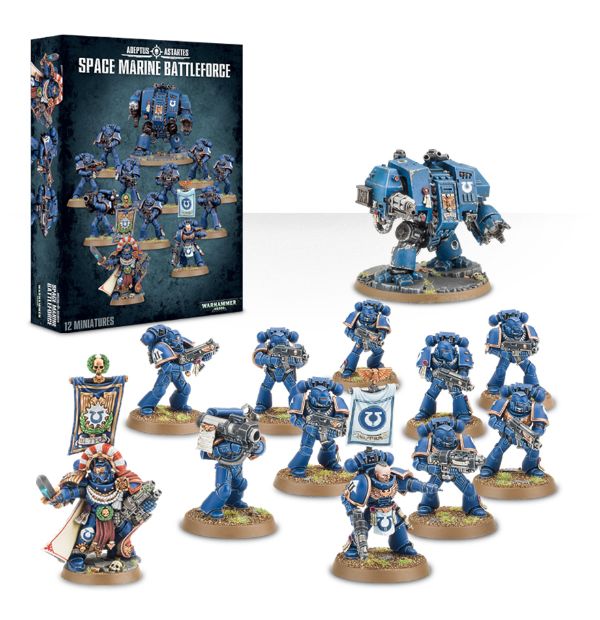 This battleforce is a great starting point for a Space Marine army, or a fantastic way of bolstering an existing collection. It contains everything you need to make a Space Marine Captain, with his power sword and combi bolter/grav-gun, a Space Marine Tactical Squad – a ten-man collection bristling with bolters, grav-guns, meltaguns, missile launchers, power fists, chainswords… there’s a lot of weaponry, all interchangeable with any Space Marine kit. As well as this, you get everything necessary to build one Space Marine Dreadnought – the towering mechanical war machines of the Emperor. Eleven Citadel 32mm Round Bases and one Citadel 60mm Round Base finish off this fantastic battleforce – you’ll be sure to uphold the pride of the Imperium! 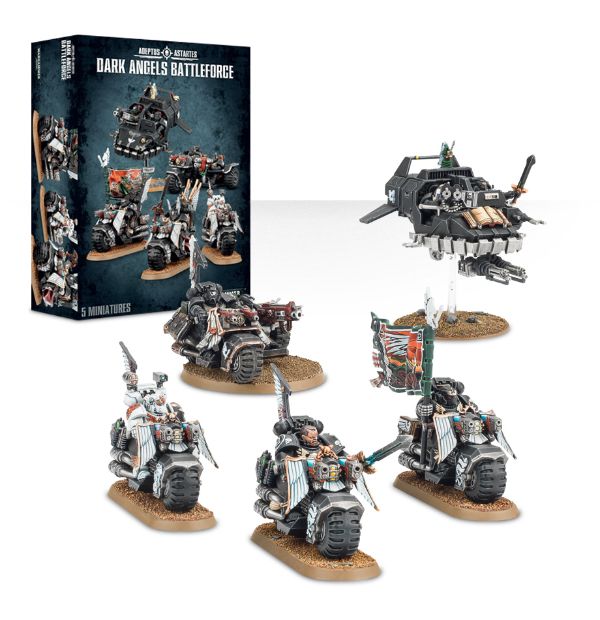 The Dark Angels Battleforce is a great starting point for a Dark Angels army as well as a fantastic way to bolster an existing force. This multi-part plastic kit contains everything needed to build a Ravenwing Command Squad, three fearsomely-beweaponed bikes covered in iconography and plasma talons; a Space Marine Attack Bike with heavy bolter and multi-melta, and a Land Speeder – this one comes with an assault cannon, a heavy flamer, a Typhoon missile launcher, a multi-melta and a heavy bolter. Also included is a Ravenwing Upgrade Frame, meaning this kit contains literally hundreds of components. 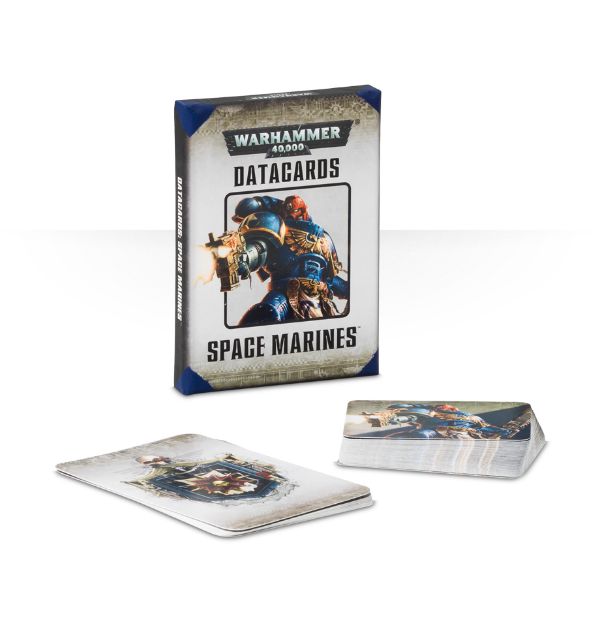 And of course the Web Store Bundles… 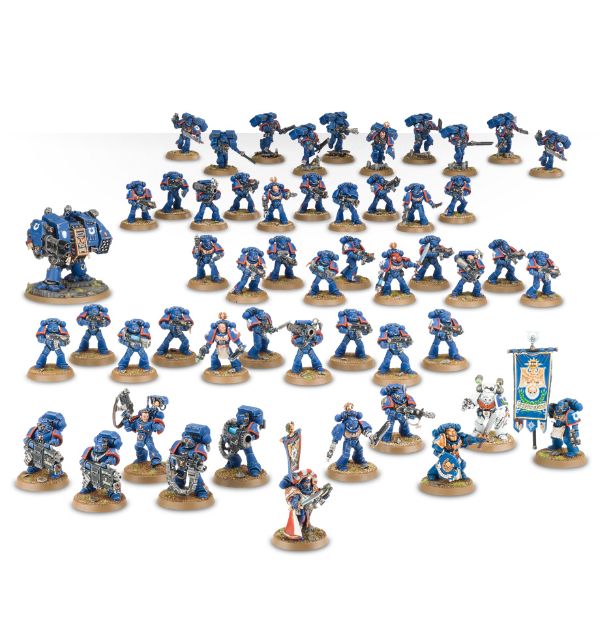 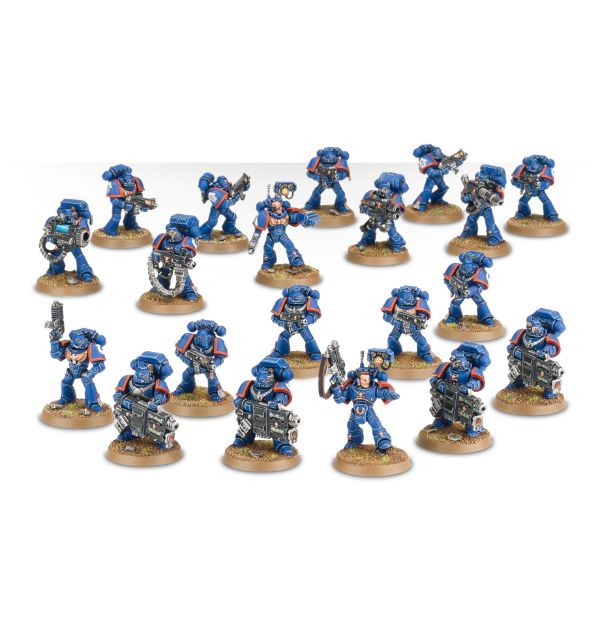 This bundle contains everything you need to field two Devastator Squads, the rhythm section of the storm from Codex: Space Marines, and a Tactical Squad – twenty miniatures, a frankly absurd selection of weapons, absolute dominance. 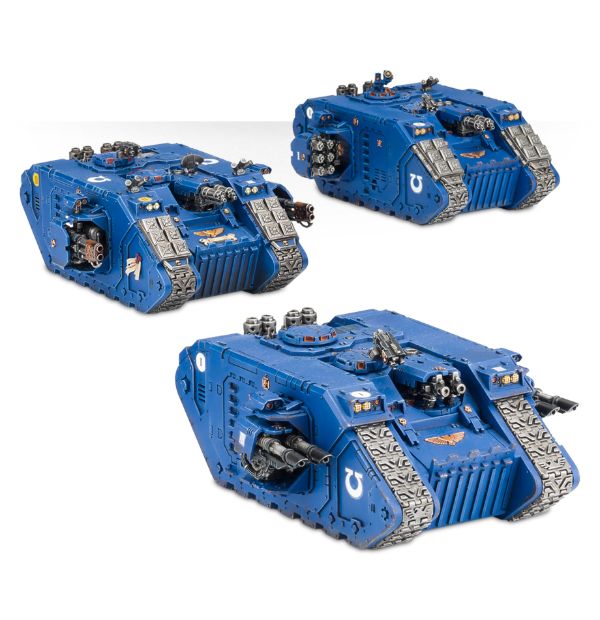