Warlord is launching an Awesome map-basedl global online campaign for Bolt Action.  So grab your WW2 Army, and battle for control of the world this Summer!

Dust off your orders dice because this summer we are running a massive Bolt Action event – an online campaign where you can post the results of your tabletop battles and try to affect the overall course of the war.

Every Bolt Action player can join in – when the campaign starts you’ll sign up by registering your country of allegiance and coming up with a name for your force. After that you’ll just need to play loads of battles and report back!

To whet your appetite, here’s some of our design work for the campaign website: We’ll bring you more details of exactly how it will work nearer the time – for the moment we wanted to let you know that the Summer Offensive is on its way, so you can recruit your armies and prepare for battle.

Remember we have a huge array of starter armies and deals to help you assemble a force, including the updated German D-Day Defenders deal and the Getting Started Bundle, which now includes the German Grenadiers. That map looks totally sweet, with 4 theatres listed (Western Europe, Eastern Front, Africa&Med, Pacific), individual tracking of nation success rates, and what looks like a weekly listing of key units and scenarios.  We kind of go bonkers for global campaigns like this.  They are totally fun and can get a group of friends something organized and fun to do over the summer months. You should give Bolt Action a look – it really is a fantastic game!

Axis or Allies for you?  You better best BoLS is playing in this campaign with our American and German Bolt Action armies! 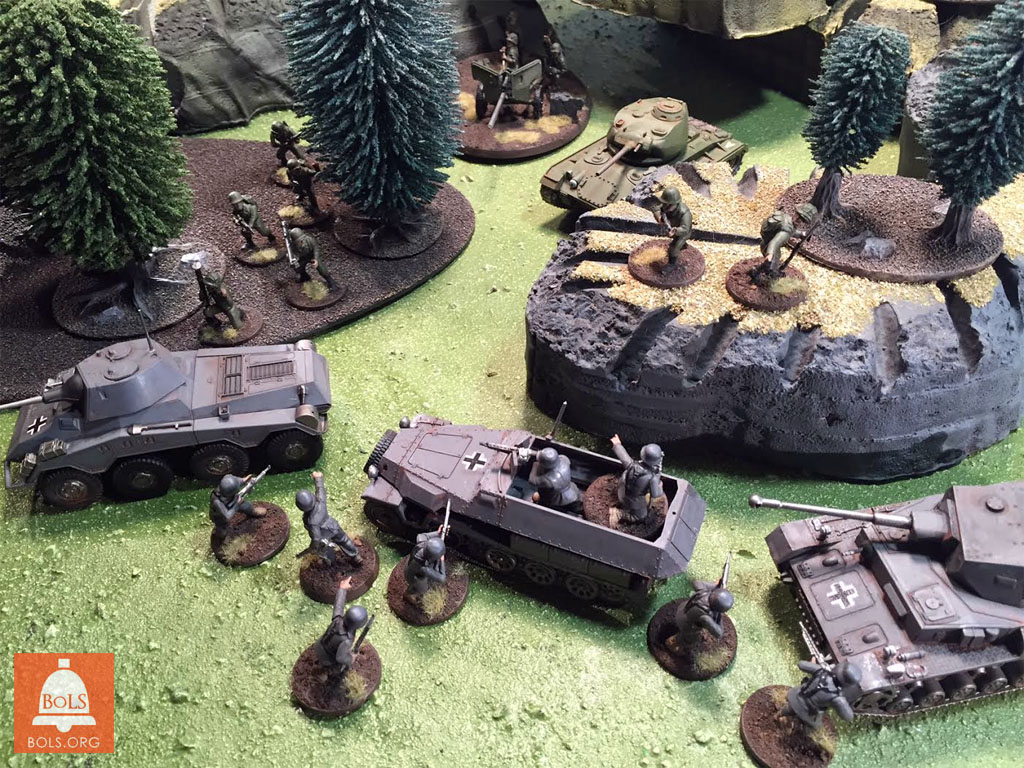