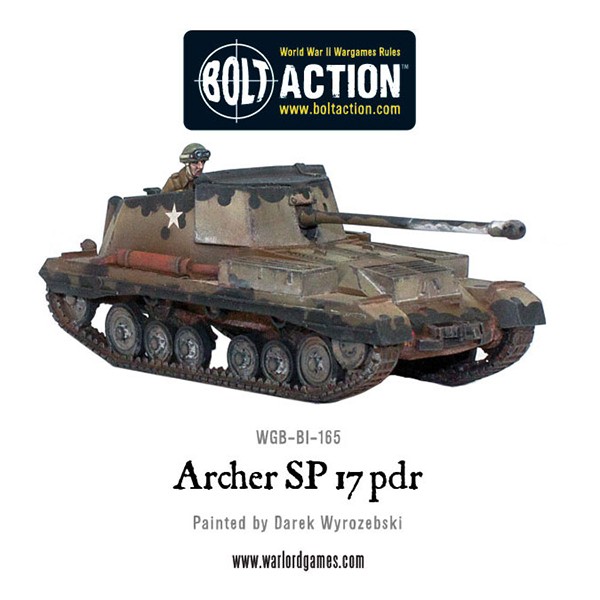 Looks like the British are getting a new toy for the front! Take it away Warlord:

This week we have further reinforcements on the way for the British – in the form of the Archer 17-pdr self-propelled gun!

The potency of the 17-pdr anti-tank gun meant that the British were soon looking for ways to mobilise it – the gun itself was very large and heavy, making it unwieldy to reposition during battle. The British experimented with mounting it onto the Churchill and Crusader chassis before deciding upon the reliable Valentine – a tank that was already in production but was effectively obsolete on the battlefield.

The Archer went into production in mid 1943 and entered service in October 1944 – primarily in North West Europe (but also Italy in 1945) – and a total of 655 were produced by the end of the war. 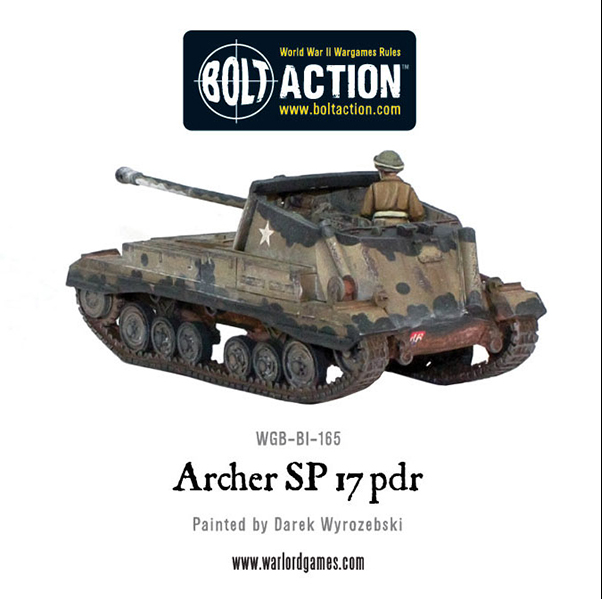 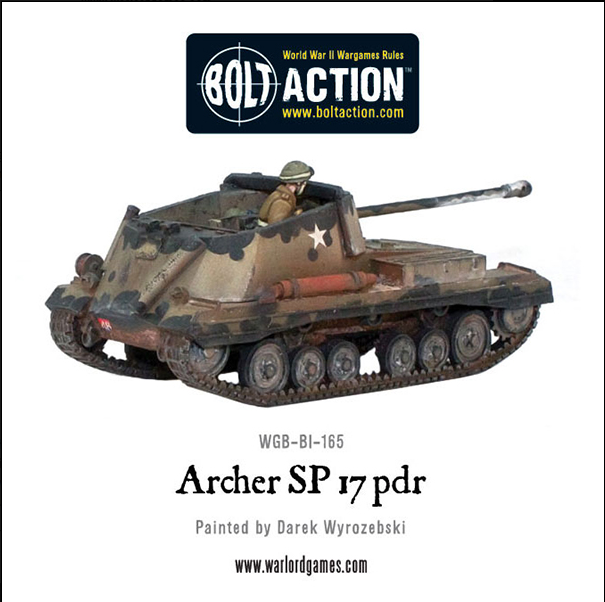 Mounting the 17-pdr onto the Valentine hull proved a challenge due to the small size of the chassis. It wasn’t possible to mount it in a turret, so it was affixed to the chassis behind a small gun-mount – and was mounted to face backwards, keeping the Archer short and maintaining the tank’s low profile – making it an excellent ambush weapon.

After the Second World War the Archer would see service with the British Army of the Rhine and also with the Egyptian army where is saw action during the Suez Canal crisis in 1956. The Archer provides the Brits with another anti-tank tool to tackle those pesky German Panzers – it’ll make for a punchy addition to an existing British force – whether you’re playing regular Bolt Action, or Tank War! The Archer looks like a great kit with a lot of character. It also is packing a 17 pdr to help even up those odds vs German Armor – which is always appreciated.

Tanks, planes and infantrymen – The march to war continues!