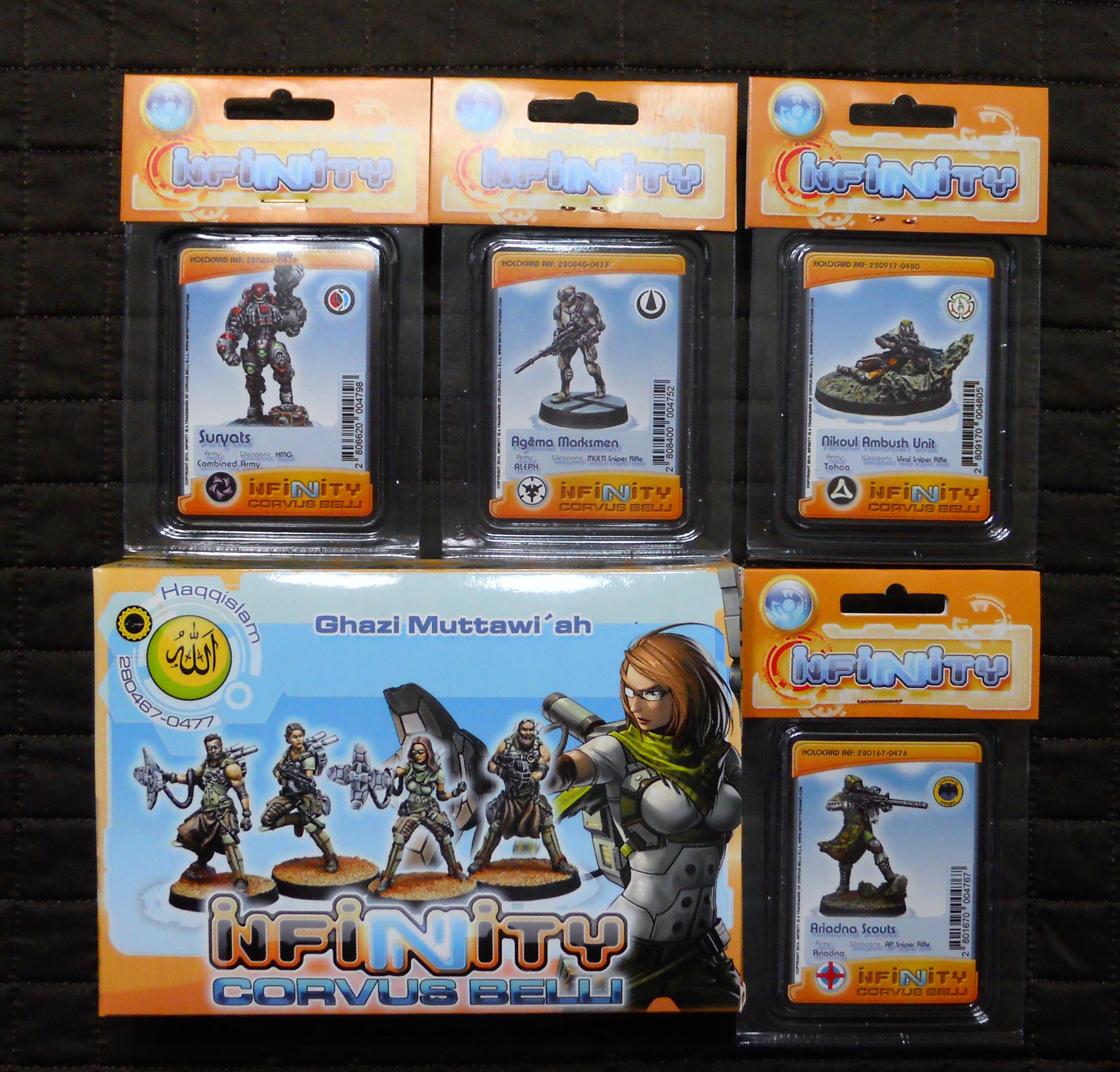 With about 6 months of sporadic N3 play under my belt, it’s finally time to analyze these models from last year.

So yes, a strategic analysis of these models is a little late in coming, but when they were released, N3 was still months away. An N2 analysis would have been pretty late. And at the time, who knew what these models would do in N3? 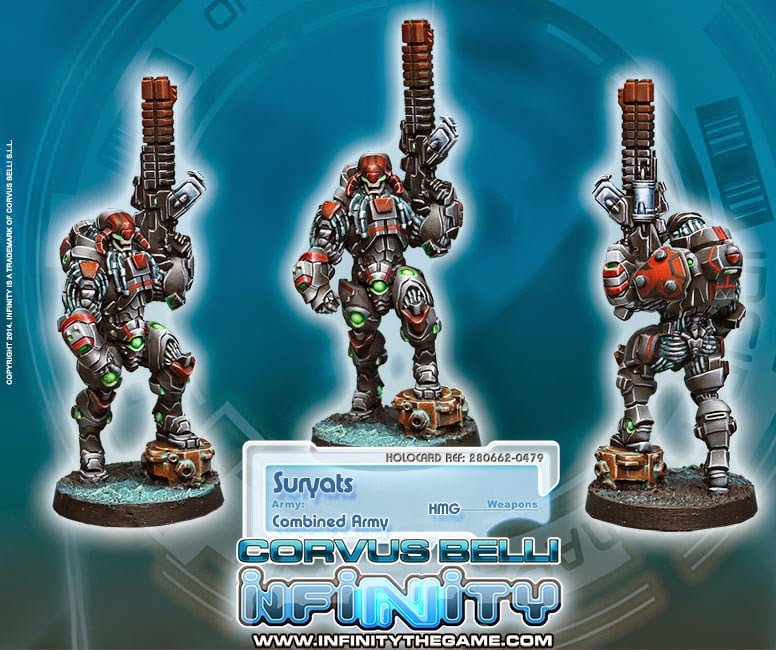 Might as well start with this guy. Every faction kinda has a generic Heavy Infantry option. PanOceania has the Orc Troop. Nomads has their Mobile Brigada. The Suryat kinda fills that role for Combined Army. He’s not too expensive and his stats aren’t too stellar to reflect that. It may be a bit unfair to call him generic since he does have four different special abilities: V Courage, Jungle Terrain, and Morat which is really just two abilities hiding under one name. He also has a good BTS score for his price making him less vulnerable to hacking.

So does this guy belong in the Agression Force or a vanilla Combined list? While he can probably find himself a place in generic, it seems his place really is in a Morat Sectorial where you can take this guy and four more like him. Of course if you should choose to take five Suryats it stands to reason you’ll want to link them. This seems like an effective move to me although it will eat up a chunk of your points. Perhaps more importantly this is the only Suryat sculpt you can buy right now so you’d be tolerating a lot of duplicate sculpts. You can also field these guys as a link team with Kornak and a Raktorak, although the K man might get them into trouble what with him being berserk and all. You can do a four Suryat link with a Raktorak and still have enough points left over for a couple Vanguard FOs and a Vanguard Hacker plus a medtech and also some Ikadrons for cheap orders. But until some more sculpts come out to fill out the link team, this guy is just another puzzle piece. For now he’ll probably be most useful when you want to try a list where you have the points around for something sturdy but can’t quite afford a Sogarat. 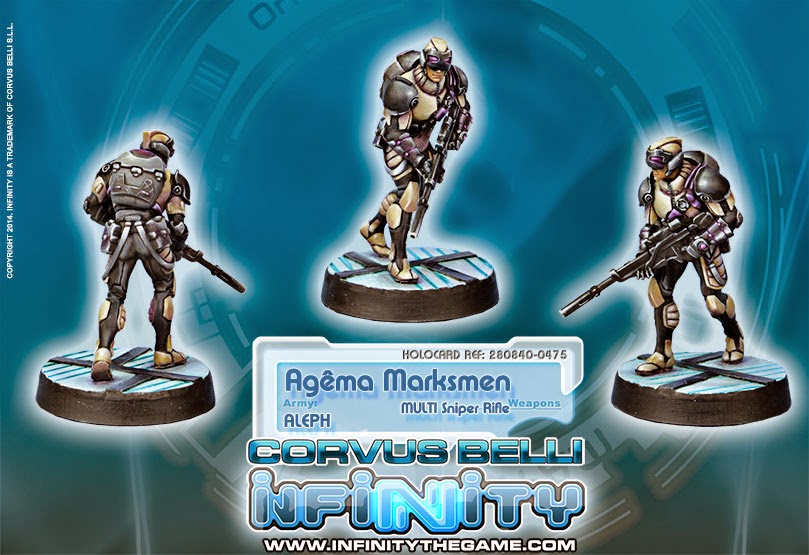 The Agêma is not the most elite guy you can take in an Aleph army but that’s fine since you don’t have enough points to field an army of all badasses. Aleph has almost as many Snipers to choose from as other armies. Why this guy? Well he’s the cheapest one with a MultiSpectral Visor L2. Two other named Agêma characters have similar loadouts and are indisputably better. But if you just don’t have the points for Teucer or Atalanta this guy is almost as good. And the Visor makes him just as useful in generic Aleph as he is in Steel Phalanx. 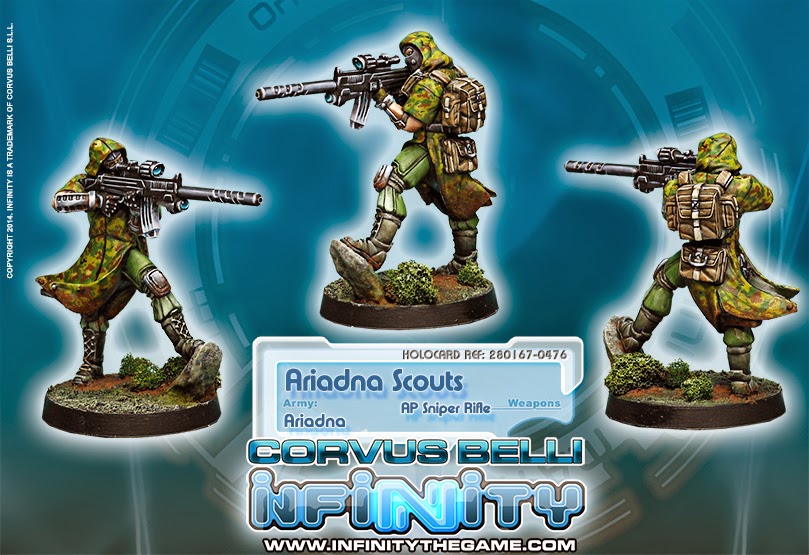 Oh look another Sniper. You won’t go wrong taking this guy. Infiltrate might seem a bit odd for a Sniper given that they want to be a fair distance away from what they’re shooting at. But Infiltration gives you access to a larger run of the board to make sure you get the ultimate Sniper’s vantage point. Of course he has camouflage as well meaning he can make surprise shots and that he’ll have to be spotted before he can be shot at. Even in Ariadna there is no such thing as too much camo. Marksmanship L1 also makes his ammo count as shock ammo. I love shock ammo. I fight Haqqislam a lot and between their excellent doctors and all the troops they can take with Dogged, putting them in the ground on the first shot is alright with me. And it does the same to troops with V: no wound incapacitation. If you’re the sort of pessimist who just has to find a downside in everything then for this guy it’s that he’s generic Ariadna only. Although if they ever do the Kazak sectorial that everyone has been anticipating he’ll almost certainly end up in there. 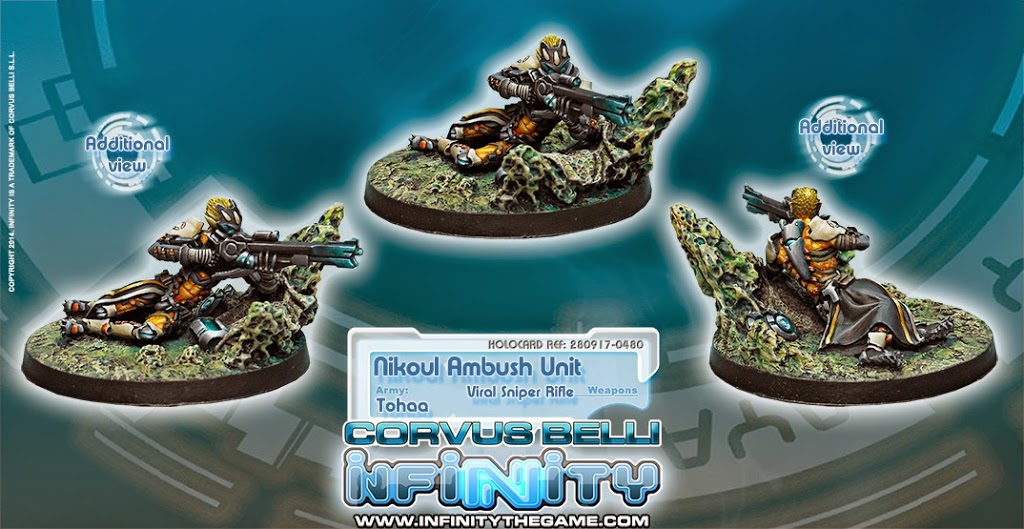 Oh look another sniper. How does this one stack up against the other two? Well he has Symbiont Armor like all Tohaa so that’s awesome. Basically if you kill this guy he keeps going as a slightly weaker version of himself. And if you’re wondering about the “scenic” base there actually is a rule for that. It’s there to remind you that this guy has the sapper ability. He basically makes a little foxhole for himself that gives him the benefits of cover, CH mimetism, and V courage. Surprise surprise – if you move, you lose the benefits. Of course he can always dig another foxhole if he spends an order. He also has a Multispectral Visor L1 – helpful but not as awesome as the higher level ones. If you’re still not impressed this guy also has viral ammunition. It’s rather similar to the shock ammunition from our last sniper, except it works against BTS rather than ARM. And you have to pass two rolls to avoid taking damage. Sure seems nasty to me. But then Tohaa have viral ammo all over the place… 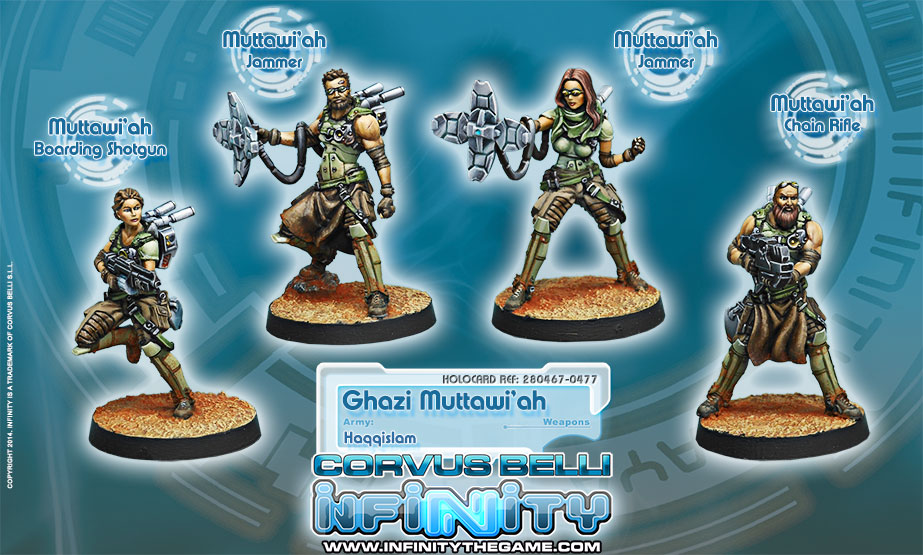 Last up it’s this box of Haqqis. I’ve been getting harassed by these guys since N3 came out and I can attest that they are a real pain in the butt. They have a downside – they’re irregular so they’re selfish with their orders. They’re also dirt cheap. The chain rifle version will only set you back 5 points. And man oh man those chain rifles. I have lost too many models underestimating the size of that large teardrop template. I declare my shot thinking they’re too far away to ARO with their shot and then bam… The edge of that template scrapes my base and I’m out a much more expensive model than the one I just killed. The worst part is that half the time, when both models fail their armor roll, the Ghazi will still be sitting there, ready to ARO again because it has Dogged.

My Squalo has helped a bit against these guys since its Multi HMG has shock Ammo, but it’s very dangerous to field it against them. In addition to those Chain rifles the Ghazi also pack the E/Marat. This is yet another large teardrop template, but this one uses E/M ammo. So if one of these guys does manage to get close enough to hit my TAG with this weapon it is very likely the giant robot won’t get to take any orders from the order pool next turn and will also be immobilized. Oh and they also have Jammers which can make your troops irregular and screw up link teams. Although no one ever does that since if you just kill the model it’s order goes away regardless. I HATE these guys. So if you’re a Haqqislam player that’s a pretty resounding endorsement to pick up this box full of them.

~Hope you enjoyed the article. Do you guys agree with my take on these models? Is a Suryat link a good idea or too many eggs in one basket? Did you find these models worth buying? Let us know.