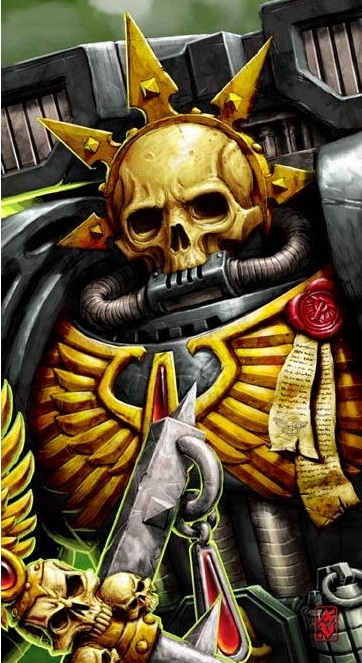 Today we review a very hard to get Black Library tale of the Blood Angels. This novel was made available through the Black Library Service Stud program.

This review is brought to you by Forge the Narrative contributor Captain Morgan.

A Lords of the Space Marines Novel By David Annandale

This novel was made available through the Black Library Service Stud program.  Every time you spent around 60.00 US you received a Stud. When you earned six Studs you received this awesome Lemartes tome.

**Warning! Some Spoilers Ahead!**

For those on a time budget, look for the bolded TLDR Verdicts.

Lemartes Guardian of the Lost is another novel in the “Lord of the Space Marines” series from Black Library. The focus of these novels is to create a story based on some of the dynamic, heroic, and savage heroes from amongst the ranks of the Adeptus Astartes fighting in the Dark Millenium. 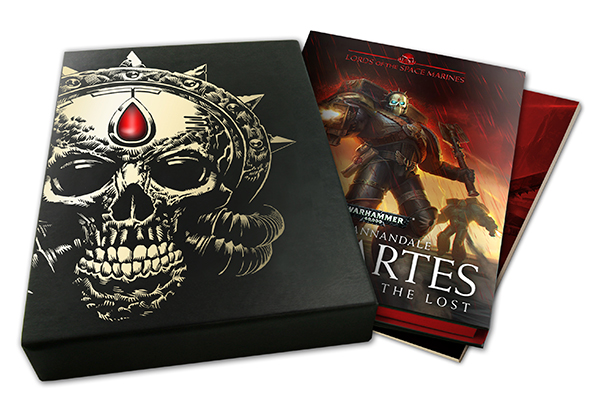 The book is very well presented, with a solid slipcase containing the hardbound novel and a short paperback combination of two short stories that tie in to the novel itself. The short stories, The Endless Fall and The Ghosts of Rage are nice little passages that add more depth, and even tie in somewhat to David Annandale’s previous work on Mephiston Lord of Death. They are a nice nod for anyone who liked that book. Anyone who bought the collector’s edition of the Mephiston Lord of Death novel will notice that this book is 175 pages – 50 pages longer than the other – and has full color artwork on the book cover, slip cover, and even the Death Mask on the slipcase. In terms of production quality, they definitely upped their game and delivered a great addition to any collector’s shelf. For the prospective reader, be sure to not read The Ghosts of Rage until AFTER you have read the main novel.

The novel itself certainly feels bigger than the last book I read in this collection. The thing about the Lords of the Space Marines novels is that it rarely takes you out of the first-person view of the character narrating the section, and much of the scenes are left up to interpretation. David Annandale was delivered a very tough character to write for, because Lemartes is not exactly… sane. Being constantly in the grips of the Black Rage, Lemartes swings back and forth between the visions of the siege of Terra and the real world, and if I had to pick one major victory for this book and what David Annandale did, I would pick his depiction of Lemartes’ inner battle to stay free from the black rage. It was like reading what meditation should feel like (well, at least in the context of superhuman genehanced soldiers in the fictional future).

The plot itself revolves around the incursion of a Chaos warband of Khorne Worshippers seeking to bring about the manifestation of their particular brand of evil. In many circumstances, this would fit perfectly well, but so far as the Blood Angels are concerned, there are times that I wonder if they do anything except fight Khorne’s servants and the occasional Tyranid. From a writer’s perspective, I can see exactly why it makes so much sense. How do you create the most drama in a story? Put the protagonist(s) right next to the worst possible version of themselves and make them strive to overcome their dark side.

Awesome. I get that. It’s wonderful… but it is a little bit overdone. For a newcomer to Blood Angels fiction, this would work very well, but where this is a collector’s item on a limited scale, I will admit to being personally disappointed that it didn’t get much deeper than that.

With that out of the way, I do really want to emphasize that even though personally I find the “Blood Angels are better at Khorne than Khorne” trope to be overdone, it is executed very well in this novel; especially in the context of looking at a world and a situation from the eyes of Lemartes (for the most part).

Lemartes represents that darker aspect of the Blood Angels, one that is treading water in an ocean of blood and madness and struggles to keep its head high enough to breathe. Trust me, this novel is dark. 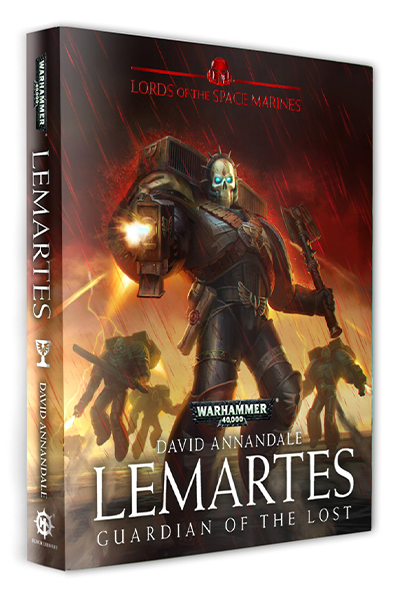 We don’t read 40k looking for the “Nicholas Sparks” experience, but Lemartes is not the bright, hopeful star of the Blood Angels shiny future. He is an avatar of death and madness, but also a paragon of that devotion to duty that we want our Astartes to be. He does this in a way that is completely different than how Mephiston did it in the previous novel, which is a good thing.

Lemartes is not just defined by his inner struggle against the madness, but also his juxtaposition between the monsters he and his brothers could be. The only figure in the novel that is representative of that other side of the Blood Angels is Corbulo.

Corbulo brings the hope to the story, and while it is not his novel, he plays an important role in bringing a light to the darkness, and just as all light lends definition to dark things, Corbulo brings depth to Lemartes’ character.

Lemartes next to Corbulo through the many struggles in their campaign does more to build Lemartes’ character than the struggles that Lemartes faces with his battles with the both Black Rage and the Khorne Daemonkin. As a literary device, I felt that was a real accomplishment for David and the novel and made it stand out from other books in the Blood Angels library. Let’s call it the “Red Library.”

The novel has a steady pace that builds up to a strong climax. Weaving in and out of Lemartes’ madness can make it somewhat difficult to follow, and the ending is very busy and full of metaphor and representation, so the reader can get a little lost at times. Normally, I would call that a downside, but in this case where the character is teetering on madness from page 1, it feels appropriate. Whether that was intentional or just my perception you will have to judge for yourself, but I was not terribly bothered by it in this case. You may have to go back and read parts of it again to make sure you know what is going on, but all of the puzzle pieces are there.

TLDR The Novel Verdict: Very Good – While the Blood Angels and Lemartes are not brought to any unfamiliar territory as far as the plot is concerned, it is done well and the main characters are strongly represented through excellent use of contrast and point-of-view storytelling.

Bang For Your Buck: This is the place this book suffers the most. The pricetag for the “Free” Lemartes novel was $450.00 (USD) of direct-order only Black Library products. If I wasn’t such a die-hard Blood Angels fan, I would likely have never purchased what I did in order to get this. Die-hard Black Library fans who are not even Blood Angel fans have gotten this book, but may not be interested enough to pick it up, and the eBay prices for the auction-sharks barely make it a savings for the ones that really want it.

I’m happy to add it to my collection, and it’s a good read and made with quality, but the casual reader should wait until it is readily available at a cheaper format (and most will have to anyways, since you can’t buy this from the Black Library directly yet). Interesting to note, on the shipping notice for customs, Black Library listed the value for the contents of the box at $20.00 (USD). Hmmmm….. 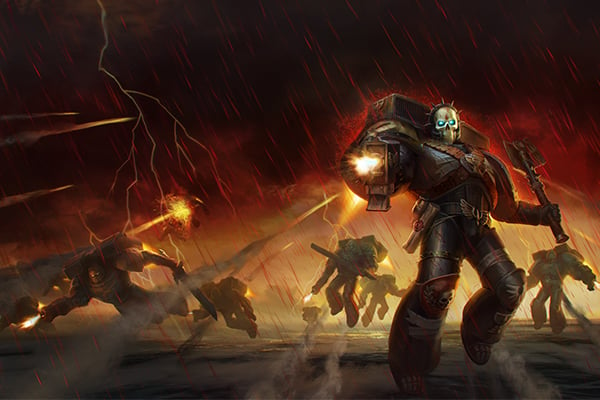 How this affected my hobby: I won’t lie, I built and painted a squad of Death Company while waiting for, reading, and after finishing the novel. Well played, GW. Well played…

“Are you without hope?”
I do not answer. I do not think I can. I would choose to hope, if it were in my power. To escape the Black Rage, to know a singular unity of time and space, that would be a blessing. But only Mephiston has escaped. And what is he that escaped? It was Brother Calistarius who fell. What emerged was something else.
No. I do not hope. To lose hope would hurl me deep into the night of fury.
Corbulo, though, must hope. He must keep searching. If he despairs, the Blood Angels are doomed.

I hope that you enjoyed this review. Has anyone else out there had a chance to read it? What were your thoughts and impressions?

Until we meet again on the battlefields of the Dark Millennium

We get deep into the background during our weekly live chats on Youtube and during our Podcast.  Hit us up on our Facebook with army list questions, rules questions or just to share your love for the hobby.