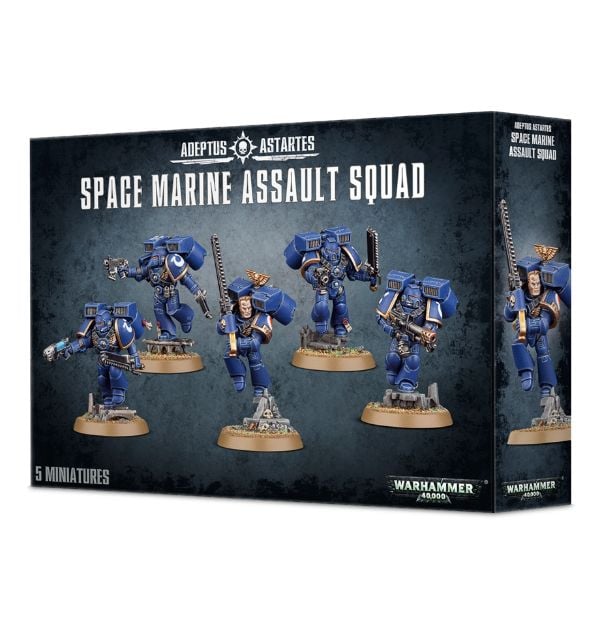 Out now are the new Assault Squad, and Chapter Upgrade kits for Ultramarines, Blood Angels, Space Wolves, and Dark Angels respectively. These new kits are the tip of the Space Marine spear as we’ll see the new Devastators, HQ models, and more in just a few weeks. 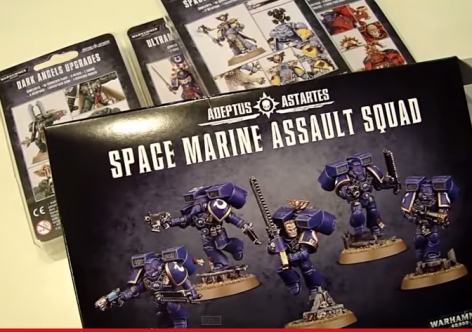 The Assault Squad box set contains all the parts you need to make either troops with Jump Packs or on foot. Plus the ‘flying’ versions come with sweet terrain feature bits to make them look more dynamic on the table top.

Weapons… these guys are armed to the teeth. Included in the box:

The squad can truly be assembled to reflect your play style and aesthetic choices with this massive variety – and you’ll have a huge surplus of weapons to add to your existing Space Marine collection. Includes five Citadel 32mm Round Bases. 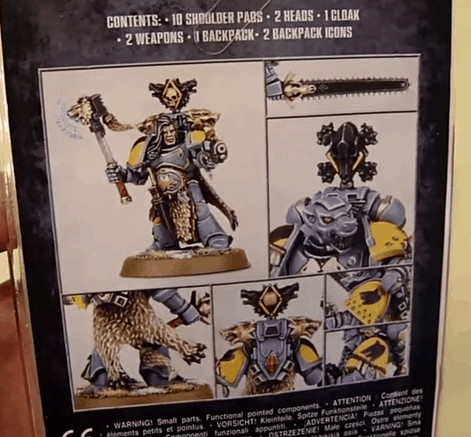 As far as the clam pack chapter upgrades go, we haven’t seen something like this before, but its a sweet idea. Each one comes with a ton of sweet bits to give you the feel of the chapter you are trying to make, and come with TEN 3D sculpted shoulder pads to boot.

These help you easily represent the pride of the Ultramarines, angst of the Dark Angels, etc all in one great up-sellable clampack.

Would anyone else love to see 3D sculpted Squad and tactical marking pads (like the ‘troop arrow’ etc) in the future?

Author: Robert B
Robert is a veteran tabletop and miniatures gamer, and writer with over 20 years of experience. His specialtiesies are the worlds of Game's Workshop's Warhammer. He began writing for BoLS In 2010.
Advertisement
Miniatures Space Marines Unboxing Videos Warhammer 40k
Advertisement 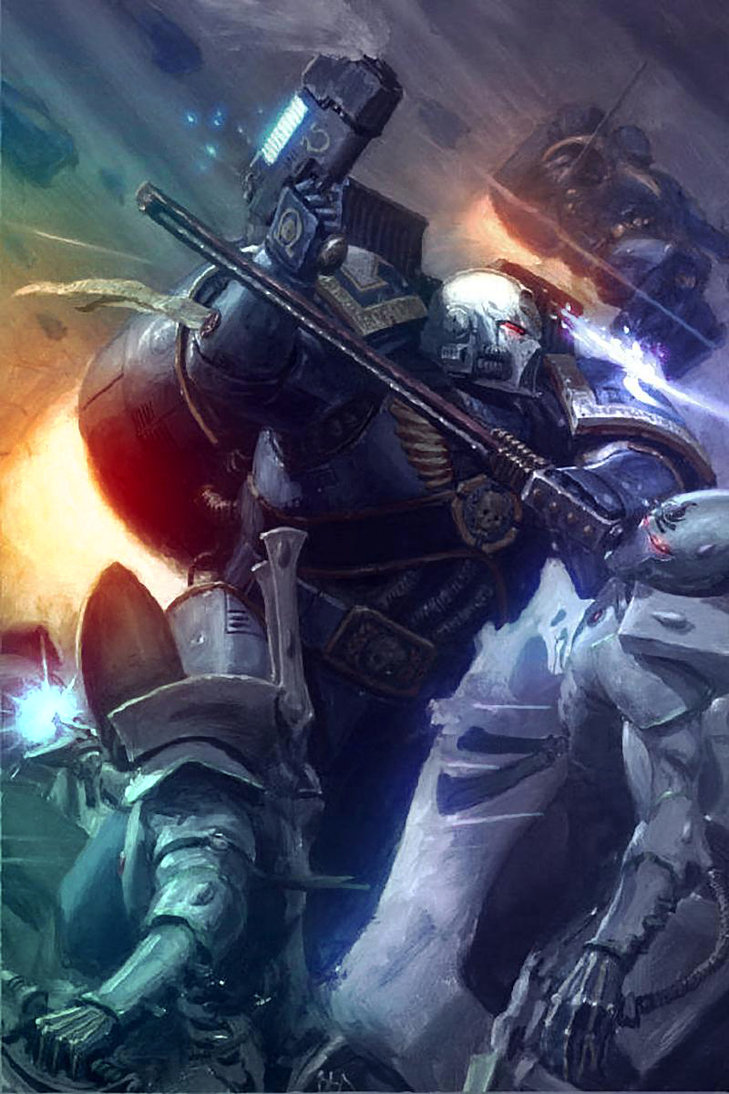