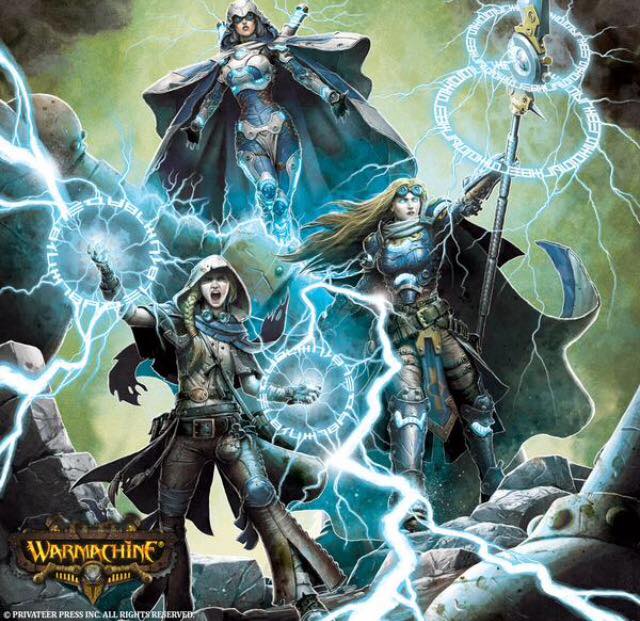 Some first impressions of Cygnar’s shiny new toys released in the Reckoning expansion.

What’s up, folks!  It’s Trevy the Great here again from Way of the Swan to talk about some gnarly Cygnarans!  So Reckoning just dropped and in it came a host of new, shiny toys for all the Factions. Unlike Vengeance, PP did a great job of keeping most of these new releases under wraps until the book release so we got a lot of sweet stuff to talk about! I’m going to take a couple minutes to jot down my first impressions of all of Cygnar’s new stuff; all the cards are online everywhere so I’m not going to go into rules too much, just what I think about them on the table.

First off I’ll start with Cygnar’s newest Warcaster; Major Prime Victoria Haley. I wasn’t sure what to think of her when her partial rules were first spoiled in NQ 60, but after receiving the full rules and playing several games with her, I’m significantly impressed. The claim has been made that she is equal to if not more powerful than Haley2; I don’t think she’s quite on that level but she is certainly a Stryker2/Siege in power (a solid A- to A tier). Her abilities allow her to play a powerful attrition game unparalleled by any other Warcaster in Cygnar, but her reliance on spell effects, her troops reviving and the protection of cloud walls opens her to a number of bad matchups that Cygnar didn’t tend to have trouble with in the past. RFP effects, odd spells like Wind Blast and heavy spell denial can hurt her a lot. Regardless, in a matchup that doesn’t have a solid way to deal with her game plan, she becomes utterly unstoppable. 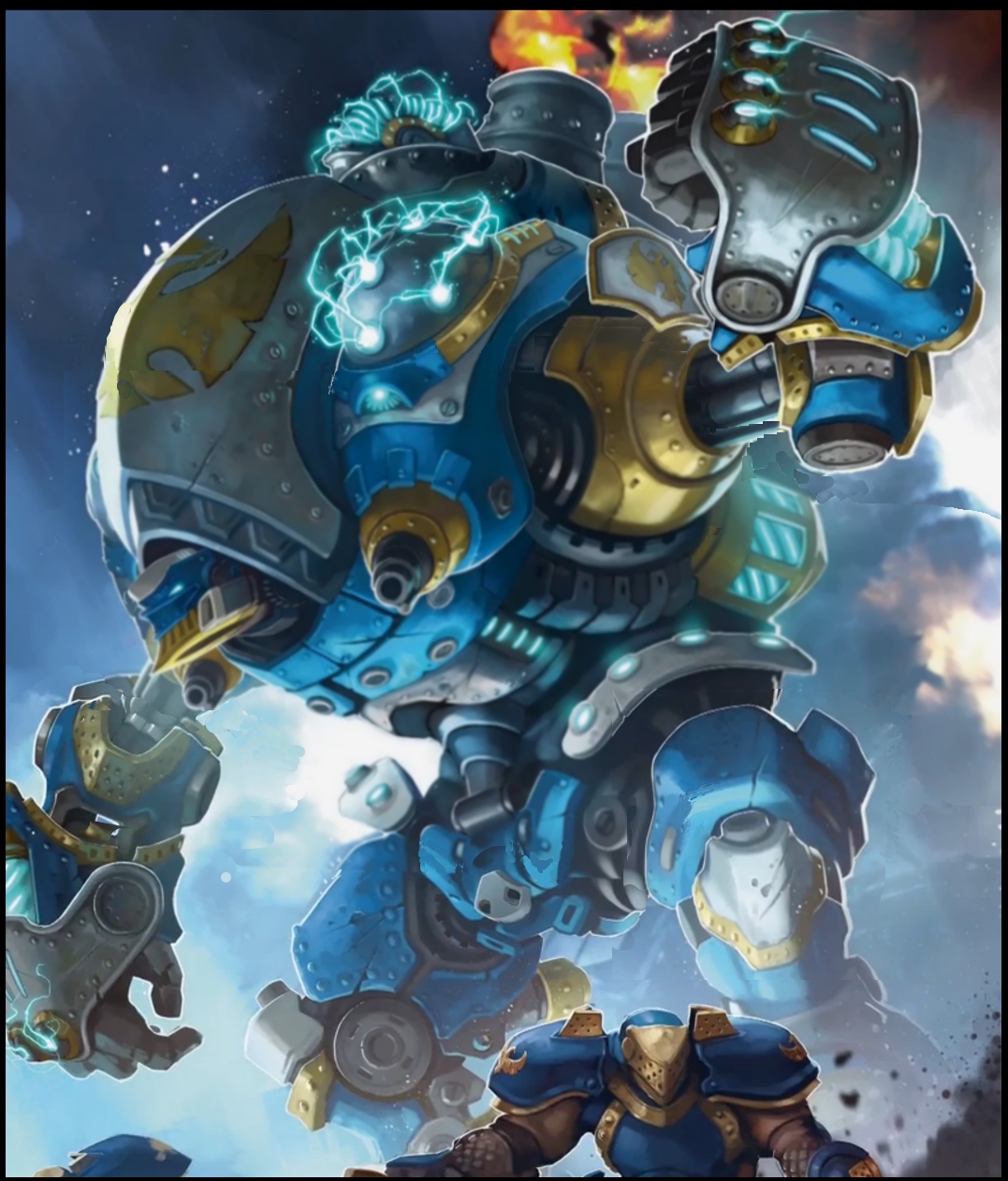 Next up is Hurricane; Cygnar’s second addition to our stable of Colossal-class Warjacks. When several of the Colossal’s rules were spoiled at Templecon, I remember discussing the potential of A. its Arc Node shutting off when engaged and B. the push effects on its main guns being mandatory.  I made the assertion that if both those were true the Hurricane would probably never see the table… unfortunately both of them are correct. Even so, the Hurricane is interesting enough to warrant consideration; with a pair of POW 16 cannons supported by two POW 13 AoEs it deals more raw damage to armored targets than the Stormwall. With a range buff to ensure that targets aren’t pushed out of range, the Hurricane has the potential to be a terror in the ranged game, while keeping the melee hitting power of a Colossal. Unfortunately, with a slew of inconsequential rules and none of the toolbox of e-leap, Lightning Pods or Covering Fire, I don’t the Hurricane will ever succeed the Stormwall in the vast majority of lists. 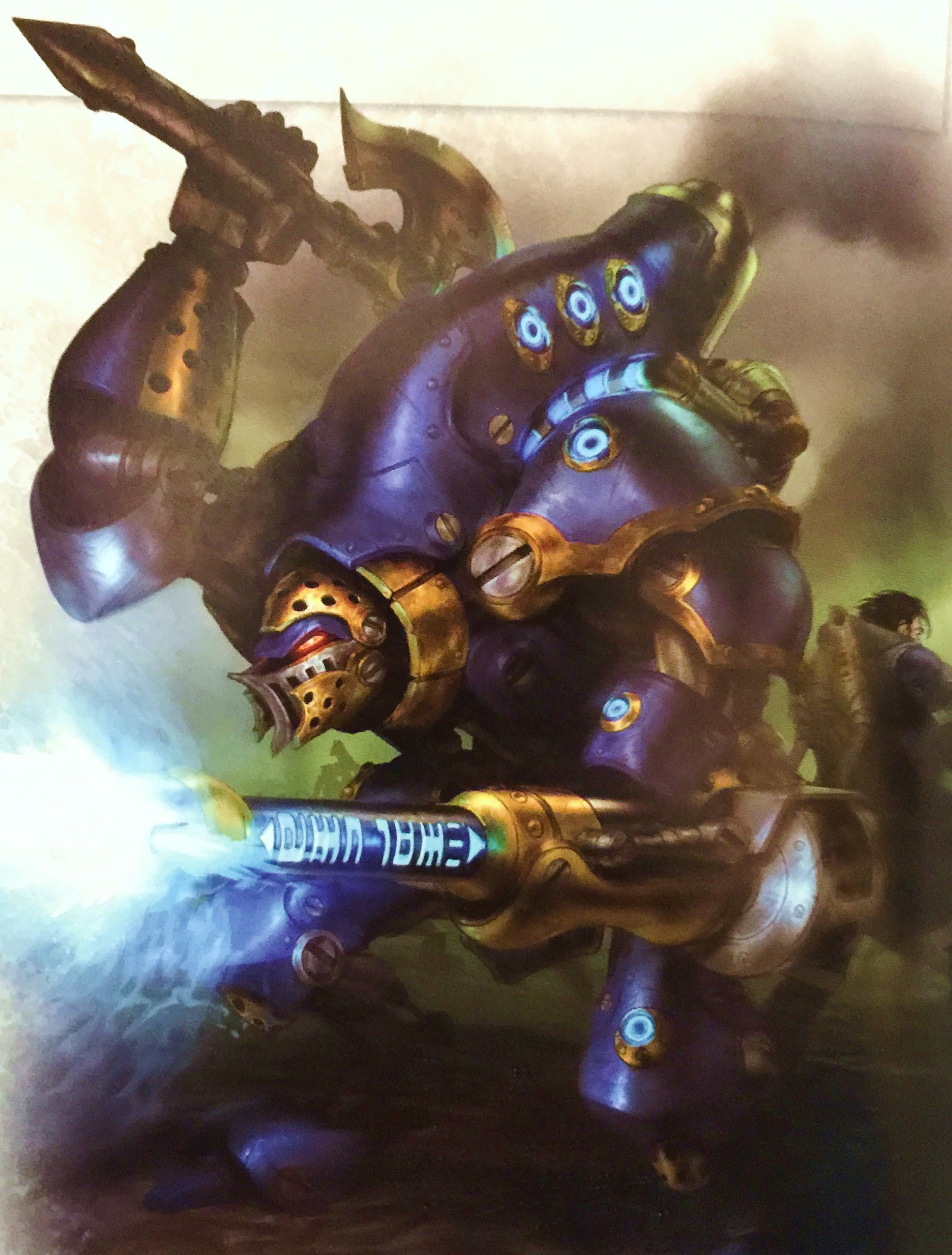 A surprise in the Cygnar section of Reckoning was Ace; a character Hunter that Caine had refurbished from his old buddy in his SiX novel. Despite how cool Ace was in the book, the tabletop version leaves a lot to be desired. For an extra point on top of the already pricey Hunter chassis, Ace takes the most attractive quality of the ‘jack (its Armor Piercing gun) and replaces it with a far less interesting POW 12 cannon and True Sight. While a RNG 14 boostable True Sight shot is intriguing to take out important stealth solos, in the Faction with the greatest toolbox of stealth-mitigation options in the game, 7 points is too many for that option. His Infiltrate ability is interesting, but as a once-per-game effect on an expensive Warjack that does essentially no work I can pass. The only place I could potentially see Ace is with Caine2; boostable Shadow Fire can set up assassination runs where none existed and Trick Shot+Magic Bullet to clear support models is cute, but I’m not convinced that a heavy Warjack isn’t simply better. Maybe his model will be cool.

Lastly for new stuff (and the only one I don’t have a picture of) is the Trench Buster; I’ll admit that I didn’t really give this guy a serious look when I saw that he was an Ogrun Trencher, but on second thought he’s grown on me significantly. A lot of Cygnar ‘casters tend to stay on the squishy side, and the Trench Buster helps alleviate that quite a bit with the array of defensive tech that he brings. Girded can help ‘casters like Caine or important solos avoid odd blast damage that can pile up quickly and landing his gun on models like Risen or Lightning Pods can put clouds in fortuitous areas to block LoS. Late game he can become a monster in his own right; a POW 14 AoE and a pair of MAT 7 attacks are nothing to sniff at, especially if there are Trencher models in the list already to Flank off of. He’s pricey at 3 points, so I certainly don’t expect him to make it into many lists, but he certainly has place.

Before we forget all about him; Dynamo was also technically released in this book, although we already know all about him. Play that guy, he’s awesome.

Interestingly, it seems like almost every Faction thinks that they “won the book” (except Cryx and Mercs… and CoC, but they don’t count because they’re too whiney). While I don’t think Cygnar made out the best out of all of them (that honor goes to Protectorate), we certainly had a solid suite of releases this time around. Haley3 and Dynamo especially have the potential to be huge game-changers for the Faction and the Hurricane offers an alternative to the Stormwall in some lists.  Overall, a solid book with a lot of exciting releases for the ‘ol Swans!

Do you agree?  How do you feel about the new releases from Reckoning?