“That Age of Sigmar comes in just under a month ( at least as pre-pedido.Una week later as a product for sale in open ) is already a fact and everywhere are echoing his llegada.Parece GW is keen to publicize whatever Age of Sigmar, since we have not even clear that it can be if the new edition of WFB, a safe home, a board game … I what I have almost clear is that there will come out in Spanish, because ads in Spanish ( like this, which is the head of the FB page of GW Bilbao .A greet Jon and his people ) comes out as “Age of Sigmar” and not as “Age of Sigmar”, so he has many ballots to come out in English only, unless GW has thought to make another of their “idiomatic salads” with the excuse of copyright.
Other curious images are taken from Twitter .a comes from the Twitter of Ryan Savage , which confirms that they have removed all WFB army books and have put in place these carteles.Si you want army books, you have to pedirlos.Y I guess this is a practice common in all GW Hobby Center. 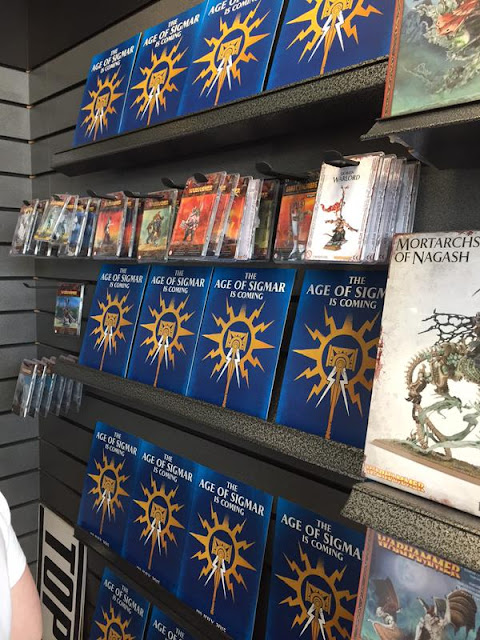 Another image, the funniest and the brings emotional Graham McNeill from his Twitter with these two children posing with individual small posters Age of Sigmar. ( Are your children? I do not know ) .For true, then an entry, speak of the , at least in part: 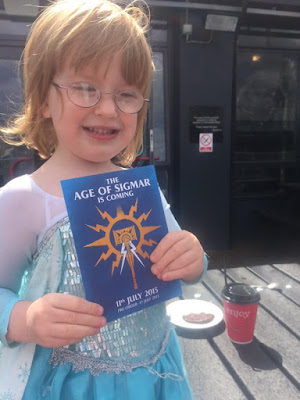 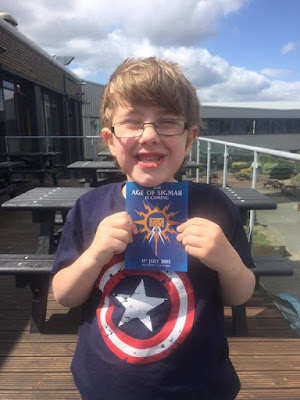 Finally we have the official “video” Ad Age of Sigmar.Solo lasts 10 seconds, so do not you get lost parpadeéis much or more than half:”

Editor’s Note; No US Games Workshop stores that I was able to search had anything ‘Sigmar’ related on their Facebook pages, and the video above seems to not be searchable. Also note the upload date.

Europe seems to be getting the exclusive on the new Fantasy Age of Sigmar, complete with a ‘stealth’ release video to boot.