40k: Is the Fiction Secretly Evolving? 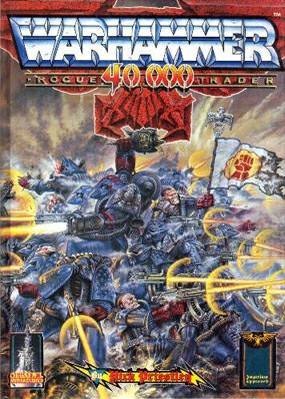 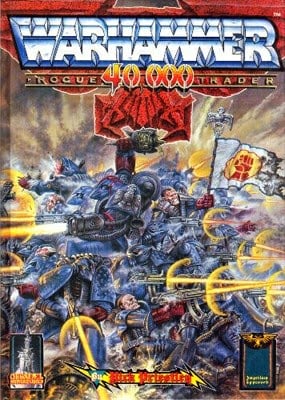 Pimpcron explores the idea of GW being sly. Or is it accidental?

Hi people! Your favorite male model Pimpcron is back with a thought about evolving fiction in 40k.

I hear (read) a lot of comments about GW not evolving the fiction of 40k, and it does seem pretty static over the last 20+ years of the game. But is it really static? Some things are subtly changing and is it accidental or intentional?

Fluff Does Change From Book to Book

With each new codex that comes out, they generally come complete with new stories for fluff and not all of them are attached to a timeline. So it is possible that they are new stories of things that just happened.  What about all of the campaign supplements and missions they come out with periodically? Once again, not all of these are actually explained as happening in the past. While none of these mean leaps and bounds forward into the timeline, it doesn’t necessarily mean that nothing is progressing.

I don’t know why but I love these old models.

Now in all honesty we all know that many named characters have been taken out of the books due to the fact that they didn’t have a model. But in some cases like Dark Eldar’s main man Vect, the fluff actually discusses why his model was supposedly removed from the playable part of the book. Apparently he (and a few others that got removed) are above battlefield duty and just delegate that stuff to their subordinates. That could be taken as a change in the “current situation” where he used to do battlefield duty back when the old codex came out, but fast forward a couple years and he no longer does it.
What about when new models that are added to the codex? That is an example of new technology being invented/unearthed/discovered/stolen/etc. If you look at the codices through that lens, new stuff is being invented all the time which is another form of time progression.
Psychic powers have changed quite a bit as of late, which could very well mean that the Warp is changing and changing the way magic works as well in their world. For better or for worse? It all depends on your point of view, but the point is that it isn’t static. For instance, you can summon freaking daemons now! That might suggest that the Warp is getting stronger.

Over time, GW changes the rules for armies, which also can representative of changing times. Here are just a few examples, if you look elsewhere, you might come across more on your own.

Now that ANY army can ally with another, does that mean that things are starting to get even more desperate in the universe of 40k? If you take the old rules into consideration, it was quite rare for different races to ally, now it is a common sight. And what about the different armies that have been added since the early days? The Imperium has encountered Tau, Tyranids, and Necrons since the game started just to name a few. Those are all examples of time progressing. If you went back in time to a Rogue Trader player and told him about all of these new races that hadn’t been encountered yet in his time, he’d definitely tell you that time has progressed.

So while these changes over the years may not be extreme or huge jumps in the timeline, these changes have altered the atmosphere and play of the game in a big way. Think about how different today’s options are for armies compared to Rogue Trader era. I guess when people complain about the fiction not moving along, they are really saying that they want the timeline to move far enough along to make a new setting and situation with the powers that be in the galaxy.

Now for Disclaimer: Yes, yes, I know all of this is a bit of a stretch. And yes, I know that this is not exactly what you meant if you were one of the ones saying that GW doesn’t evolve the fluff. But if you read my other article “40k in Real Life?” you may know that I like thought exercises and trying to look at things differently. And if evolving the fluff means 40k: End Times, no thanks. I like things just the way they are and I don’t like the thought of them possibly getting rid of armies we spent money on.

What are your thoughts? Am I just crazy or does this seem to make a little sense?