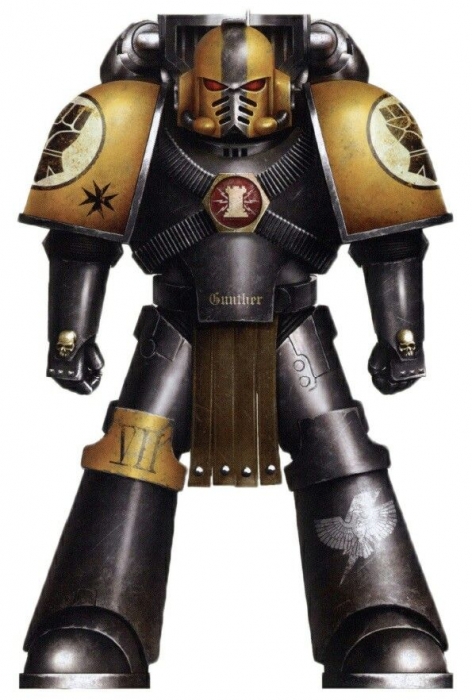 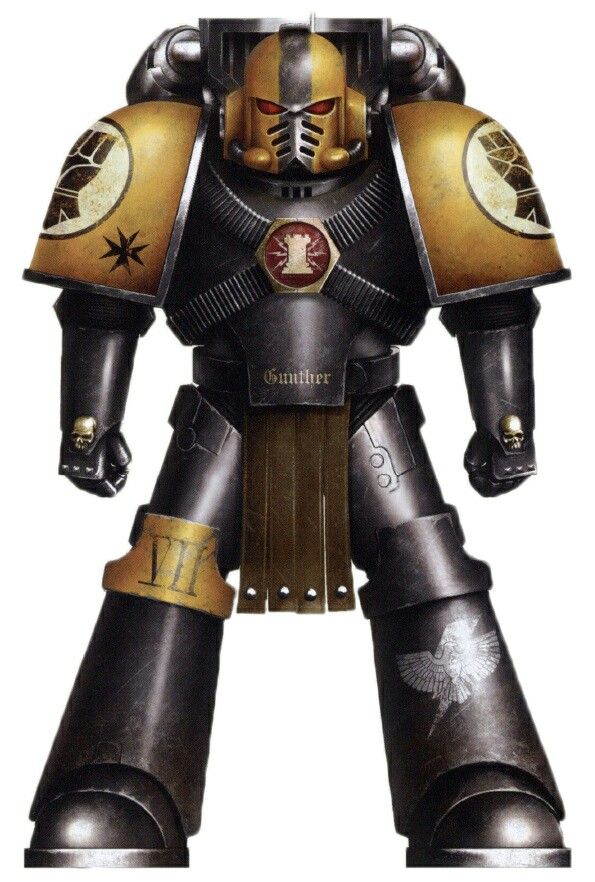 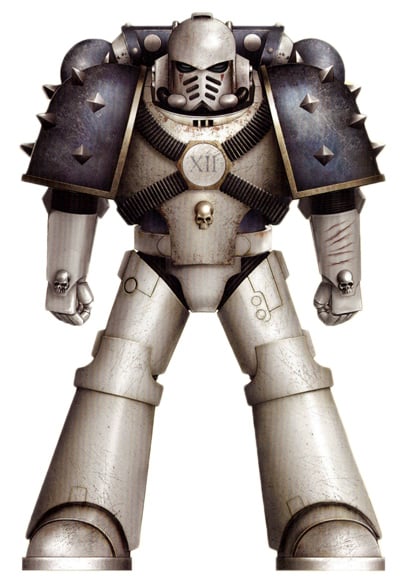 At the end of the Great Crusade the Space Marines found their armour wearing out. While some Legions chose to continue local production and maintenance, the Adeptus Mechanicus of Mars started to design a new variant for centralised issue, which was to be designated the Mark IV or Imperial Maximus suit.

At the Mark IV stage of the power armour development, Space Marine armour began to take on an appearance recognisable as contemporary power armour, the main change being the abandonment of the separate abutting plates in favour of larger inflexible armour casings incorporating flexible joints. This marginally reduced mobility but was far easier to produce and maintain.

Technical secrets recovered on newly conquered worlds allowed Mars to develop the more efficient armour, improving the quality of protection and reducing the suit’s weight at the same time. Improved armouring of the power cables allowed the main arm and chest supply to be safely relocated to the exterior of the armour, while the use of new material reduced the size and number of cables.

Mark IV armour was envisioned at the time to be the ultimate and final type of Space Marine armour, able to offer the best protection in a variety of conditions. Many of the Space Marine Legions were entirely or partially re-equipped with it, although the order of which Legions recieved the armour would shortly prove to be of significance. As a result of its widespread production and use prior to and during the Horus Heresy, Mark 4 suits are the most common of the pre-Heresy armour Marks still in service during the 41st Millennium, although only a few Chapters – such as the Red Scorpions and Iron Hands – still possess the technology required to produce new suits.