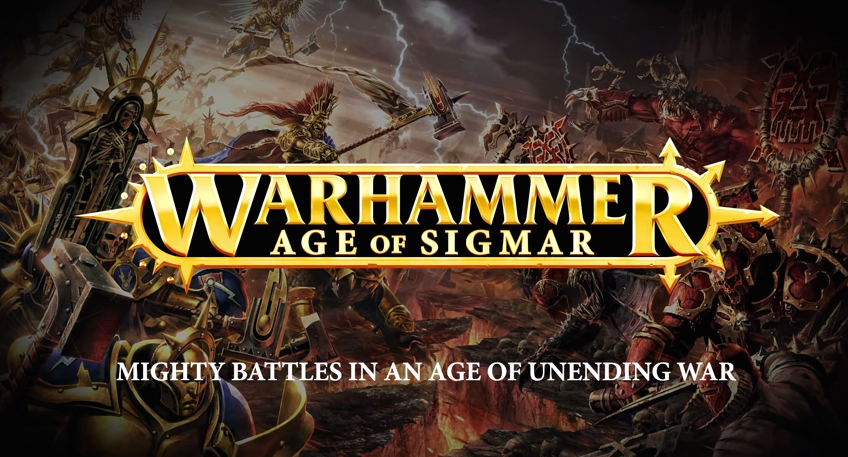 In less that one day the first battle report for Age of Sigmar has arrived.  Come see how the game actually looks and plays on the tabletop!

Those fanatics over at Tabletop Minis stayed up in the dead of night right after the Warscrolls & rules dropped to get in a game and upload it for the community.  Let’s take a look!

Our first Age of Sigmar Battle Report EVER!.

Join us for this adventure of discovering the new mechanics Games Workshop has given us in this clash of the majestic Aelfs vs the sturdy Duardin folk.

Support us by becoming a backer here https://www.patreon.com/tabletopminis

You always pick up on some interesting things when you see a game played that you don’t grasp when you only look at the rules on paper.  I knew the game was designed to be fast, allowing multiple games in an evening, but that was REALLY quick, especially considering this was their first outing using the rules.  With players who are familiar with the game rules – games should be super fast.

Secondly, it was interesting to note that the fixed weapon stats on the Warscrolls mean you can roll out all of your damage duing your turn without having to pull any additional cross referencing against the other player’s units, or digging up rules from elsewhere – making the Shooting and Combat Phases extremely fast.

Next I noticed that with the game’s short 1″ coherency for models within a unit, it may just be easier and faster to keep your existing models on their movement trays just to speed things up.  With no template weapons in the game, there isn’t an obvious downside for the closeness and it will considerably speed up your movement phase.  You can always pull them off the tray mid-game once the casualties start piling up, or they get into an assault.

I will be looking forward to seeing how this scales up with armies of say 50-75 models per side and how many turns an average game will go.

Give it up for Tabletop Minis.  Those guys really burned the midnight oil to get this battle report to the community so fast.

Author: Larry Vela
Dad, Gamer, Publisher, Pilot, Texan. All games all the time since junior-high. I started BoLS Interactive in 2006. I’m a lifelong tabletop & RPG gaming enthusiast, and internet publisher working to entertain and inform my readers every day. I've been playing RPGs and Tabletop Games since the 1970s. I'm been playing and covering Warhammer and Warhammer 40K for over 35 years.
Advertisement
Age of Sigmar Battle Reports Videos Warhammer Fantasy
Advertisement