First Thoughts on the New Ravenwing

I have just purchased all the kits I need to build my new army. If you know me you know I like my bikes. One of my favorite biker units was Storm Claw bikers from back in the day of the 13th Company. I have played Ravenwing before too. Space Marine bikers are the best they’ve ever been in sixth and seventh edition. There is something for everyone – you’ve just got to find it.

I posted my initial list a few days ago and that’s what I’ll be starting with to learn the new army. It’s not a Death Star army nor how I believe the army is intended to be played. A Death Star Space Marine biker unit can roll up on any unit in the game and completely obliterate it in one turn of melee except for Decurion which takes two turns and that is not bad all things considered.

First Starting Bikes
I had a really hard time when I first started playing bikes again and at one point was considering dropping out of the hobby. My advice if you want to play a biker army and be competitive go to tournaments that are anywhere from 750 – 1250 points… You have to bring pretty much a bare bones army without a lot of bling and it will force you to learn the basic mechanics of building and playing bikes. That was how I figured it out and then things started turning up roses.

Eldar Wannabees
I find it amusing eldar players are now going the biker route with Wraightknights for support – it’s heavy handed to say the least with spamming scatter lasers but we just have to suck it up. In juxtaposition not everyone jumped on White Scars band wagon when the sixth edition Space Marine codex dropped and it didn’t really seem to catch on fire until after Steve Sisk won the BAO last year. For sure biker armies were popular before that point in time but in my opinion they were only considered top tier until after the 2014 BAO. 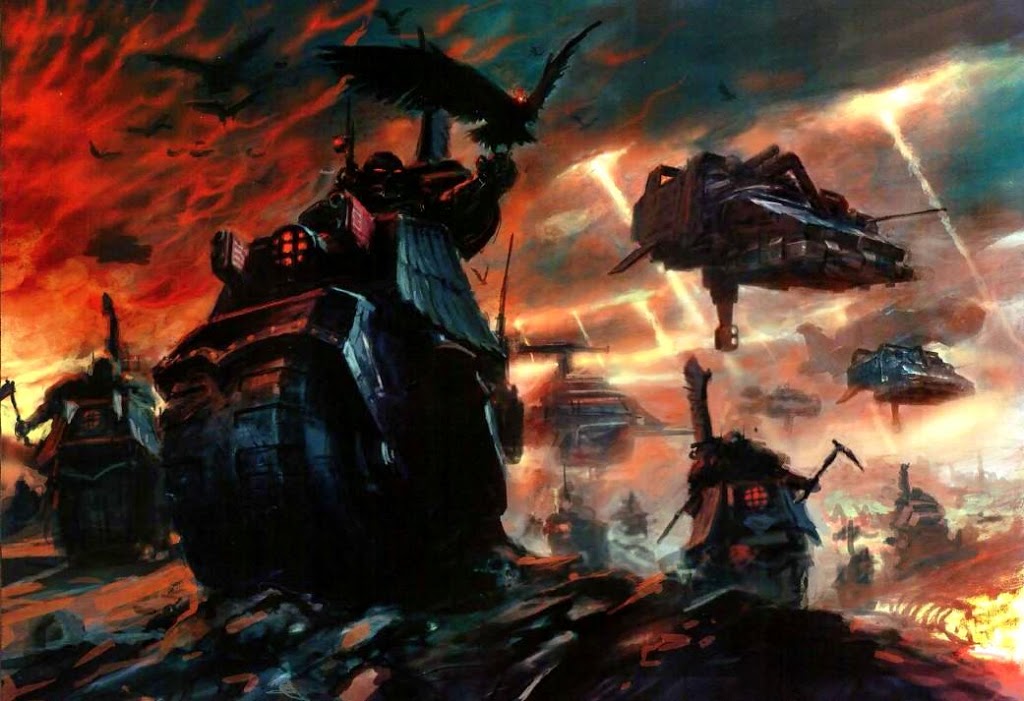 The Khan and Guns
To me Khan is really not worth it and with Ravenwing you don’t have to dump 150 points on a middling HQ (Khan) to scout. The major advantage of White Scars have over Black Knights is the command squad because of access to stormshields and grav guns. The stormshields are always there for you which alleviates the need upon relying on psychic powers. Grav guns outclass both meltaguns and plasmaguns. Grav guns on a biker platform have the most shots…

Four S8 shots versus a Wraithknight cannot kill it with one volley assuming it has its full six wounds. Eight S7 shots are really going to struggle wounding on a 5+. Grav guns wound 3+ and meltaguns wound on 4+. You don’t even need to do the math… It’s just that simple.

It’s not like biker armies were never competitive before – I remember distinctly when everyone was crying rivers of salty tears about Nob bikers and jetseer council was a thing with the Baron back in sixth edition… Good riddance to the Baron !!!

Librarius Conclave
So let’s talk about Ravenwing and the Librarius Conclave… I think two Librarians is really all you need. Three with all bikes and level 2 psychic mastery comes up to 345 points which is a heck of a lot for three models and to be honest I don’t think it’s worth it. I know from experience casting successfully on 3+ is really darn good and two Librarians are so optimal for the points. Combine them with Sammeal and a Black Knight command squad – you’ve got everything you need – it’s not a true Death Star but you’ll be very successful casting the powers you need most with the least amount of dice… It really doesn’t get much better than that even compared versus daemons, eldar and Grey Knights. 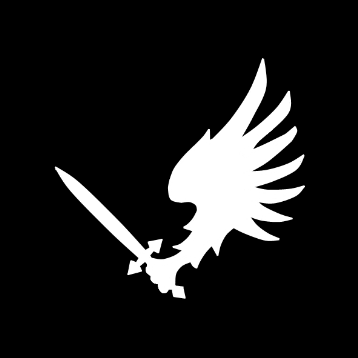 Here is my first attempt at a list using the new Ravenwing Strike Formation: 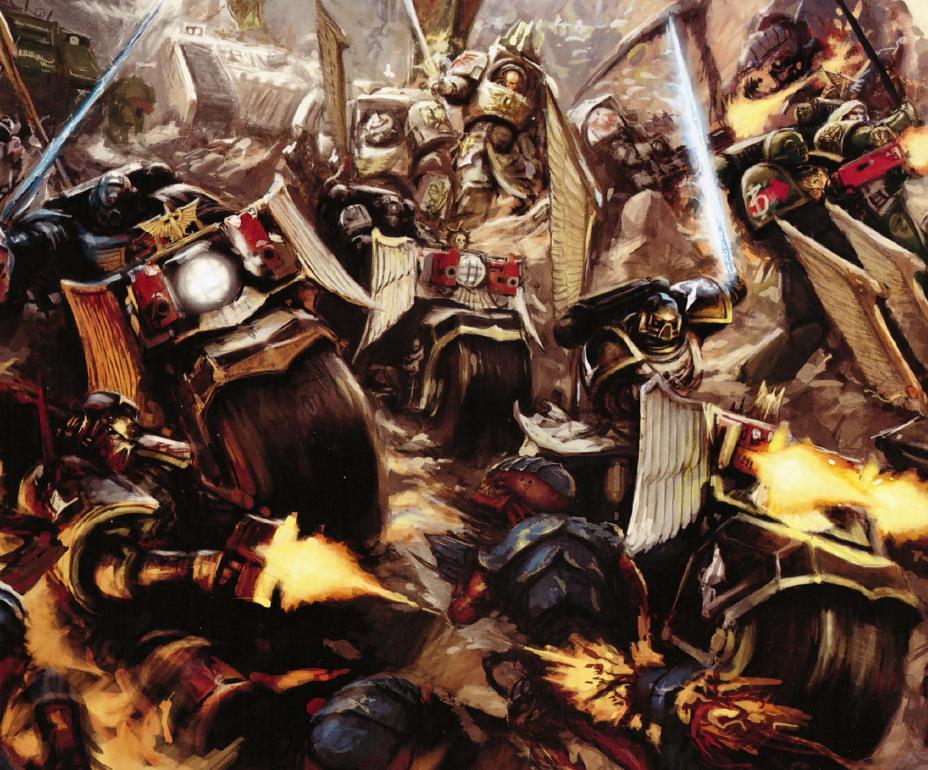 7th edition is all about the combinations so what’s best for Ravenwing ?

I’ve already posted my initial army list. I will be playing a pure biker army and see how that unfolds first. I don’t think Ravenwing lends itself well to a Death Star style which equates to more biker units plus one of the inherent strengths of Ravenwing versus White Scars is the former has more biker units to choose which is very interesting.

So back to the question… I’m thinking one to two Imperial Knights is an excellent choice for the combination as bikes and Knights can match each others’ speed – basically your classic hammer and anvil. I see Imperial Knights as being more fragile now with the boosts to the eldar Wraithknight. It’s a very risky situation to assault the Wraithknight with an Imperial Knight – I’ve seen one Wraightknight take down three Imperial Knights the first three turns of a game… Ouch !

To me the optimal build is a Knight with two ranged weapon systems versus the ever ubiquitous chain sword. Ravenwing lack long range fire power plus the real strength of any Imperial Knight is their stomp attacks. The Melta Cannon is the better choice versus the Battle Cannon as S8 is not very good versus armor plus the S9 AP1 forces the 2+ save to either jink or rely upon an invulnerable save.

The bikes should act as a vanguard pushing up aggressively ahead of the Knight preventing the enemy from drawing ideal positions to shoot or assault it. The Imperial Knight can assault once the bikes lock down enemy units in melee then hit and run away. This is a tactic that can be repeated several times over the course of a game… It’s very basic and reliable due to the inherent speed of these units.

I’m sure there are other great combinations as well but this one seems so obvious I thought I’d touch on it first.

Do you think Ravenwing can be top-tier?

Author: Steve Turner
Steve turner is a competitive Warhammer 40k player and avid hobbyist. He has been actively playing for over 20 years. He began writing for BoLS in 2013.
Advertisement
Armylists Dark Angels Warhammer 40k
Advertisement 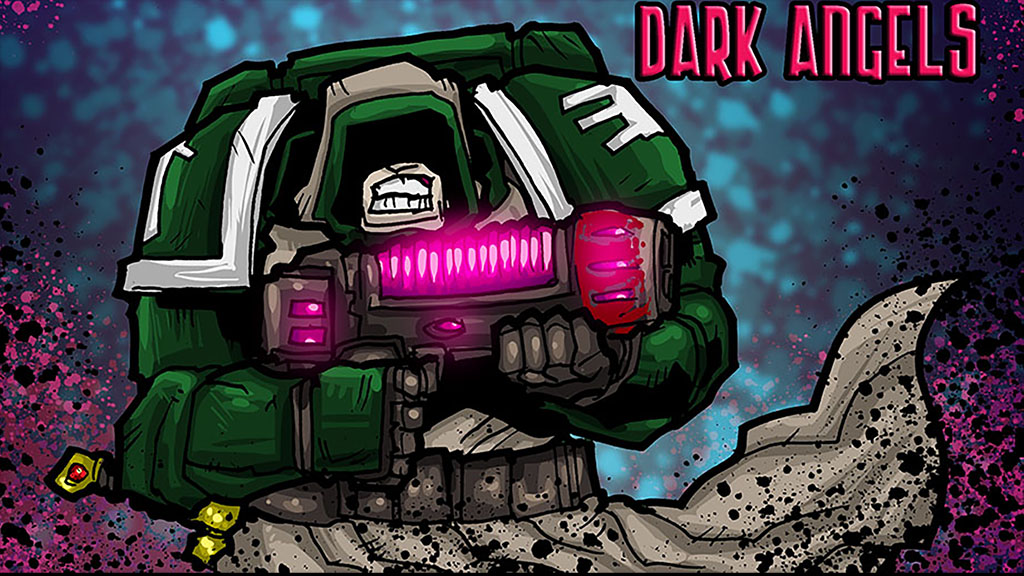