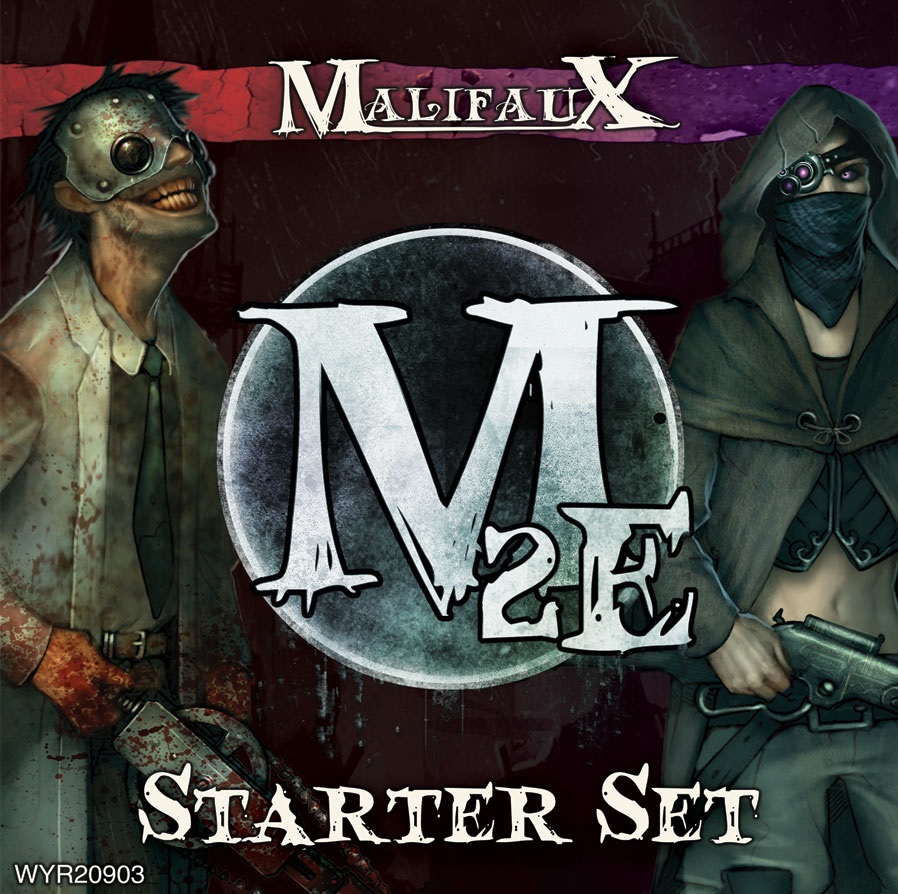 Wyrd just dropped a TON of new info for Malifaux – Lets sort through the goodies!

As some of you may have seen, a few things got spoiled this weekend that we sent out to retailers. For those of you who haven’t, we’re sharing them directly…

And we’re off to the races!

The two player starter is a great way to get into the game! It’s got two crews (Henchman-led) of completely new models, all of which are mercenaries for as you grow your collection. It has two Fate Decks, measuring tapes, and quick-start rules… including a link to download a digital copy of the rules manual!

A view at some of the cards from the Fate Decks: …and a view of the models: Shifting Loyalties is the next Malifaux expansion, complete with new models and rules to play the game as a campaign!

Here are an excerpt of some pages… The Campaign Deck contains all the Upgrades used in the campaign system from Shifting Loyalties. The Generalist Deck contains the general upgrades in M2E and Crossroads. It is intended to help newer players (those who don’t need the Arsenal Decks) get access to other Upgrades that previously were only in Arsenal Decks. Into the Steam is the first expansion for Through the Breach. It is chock full of new options for Fated and Fatemasters alike! A large new bestiary, Pursuits, Talents, Magia, Immuto, and more!

A preview of some of the pages: Northern Aggression is the next Penny Dreadful multi-part adventure for Through the Breach. It is set in the environments outlined in Into the Steam, and functions great as a companion piece. It is the first Penny Dreadful in a series. Darkness Comes Rattling is a cooperative board game that pits the players against the snake Darkness. It is set in an all new, vibrant world. It is a 2-6 player game, but includes a couple of options that even allowed it to be played solo.

Note: All of the above is scheduled (read: intended but not guaranteed) to be available in stores August or September.

Now, at this point, you might say “but Aaron, these are all things we’ve already seen!”

I could reply and say “well, you haven’t seen the Fate Decks, those are new,” but I won’t do that to you. Because I care. So here is your OTHER Monday Preview!

Ladies and gentlemen, the Crossroads Seven:

Well, that’s probably enough Monday Preview for you. Feel free to join us on our forum for discussion: http://wyrd-games.ne…lots-o-goodies/

That’s a Metric Crap-Ton of goodies from Wyrd! A new Two-Player Starter Pack, two new decks, a new campaign, two new expansions for other Wyrd games AND a Boardgame?! The Wyrd crew has been BUSY! If you’re curious and/or interested in getting into Malifaux now is the perfect time to take the plunge!

Get your wallets ready – the tentative release is August/September timeframe, Go-Go Steam-Horror-Punk Wyrdos!