Jervis Johnson once wrote that points are unnecessary and tournaments hurt the hobby.  Here’s my rebuttal. 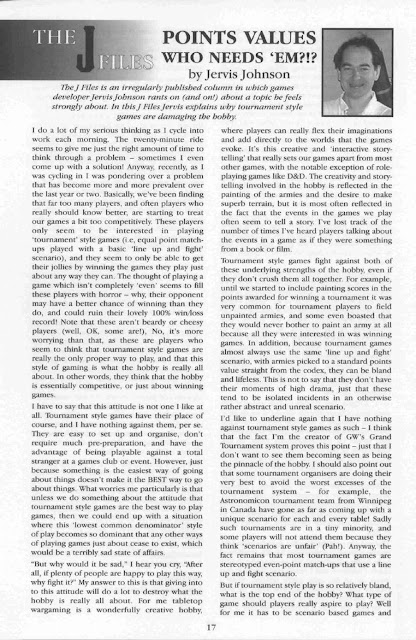 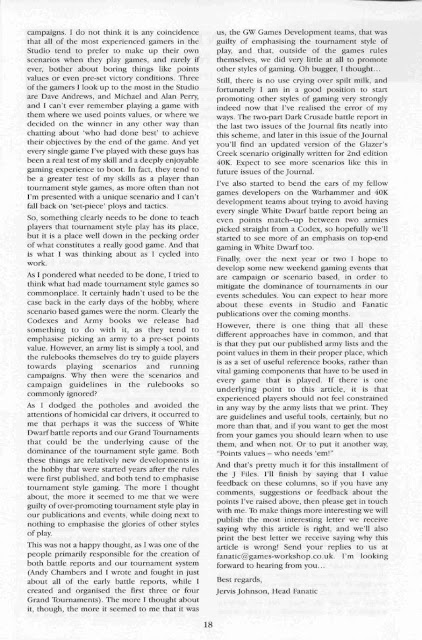 Here is a summation of the points he makes against tournament players in case you didn’t read it all:

Here’s how Jervis thinks the game should be played:

Jervis Johnson now heads up development for Games Workshop. I took his editorial at face value as an attack on hobbyists that like to play in tournaments. It was disingenuous how he repeatedly said he has nothing against tournament players in general but repeatedly said how they ruin the game.

If you follow the internet you’ll know there has been some recent speculation if 40k will get the Age of Sigmar treatment. At first I was like WHFB was doomed and needed a reboot but after reading this diatribe I’m wondering if maybe it’s their new direction. It’s been said Games Workshop just wants to focus on making models and go away from rules. How long has it been since an actual FAQ was released? There has been no FAQ for new armies such as Blood Angels, Dark Eldar, Grey Knights and Necrons plus a host of others. Sure a lot of the questions asked might seem silly but on the other hand the customer deserves some answers now and then.

If this is the new direction I think they will fail. We as hobbyists need a tight set of rules so we can enjoy gaming. Jervis is the mouthpiece for Games Workshop and that is partly why he is where he’s at today. I remember when he got sidelined having to manage their specialist games… Everybody hated his rules for Blood Bowl and used the previous edition. He was also left out of the loop when the extremely popular 4th edition codex for Chaos Space Marines was developed and responsible for the travesty that was the following fifth edition codex which just happened to look a lot like the one he wrote for third edition.

Jervis can write a good codex – I’m thinking of the third edition Space Wolves codex so he’s not totally ignorant. If Games Workshop should decide to distance themselves from writing rules it will have a direct impact on everyone that plays the game… Even if you are a casual player you need good rules. It’s just the way it is.

Some have said the rules now are bloated and overly complicated but to me it adds a ton of flavor. Third edition anyone ?

~What side of the fence are you on?
Subscribe to our newsletter!
Get Tabletop, RPG & Pop Culture news delivered directly to your inbox.
By subscribing you agree to our Terms of Use and Privacy Policy. 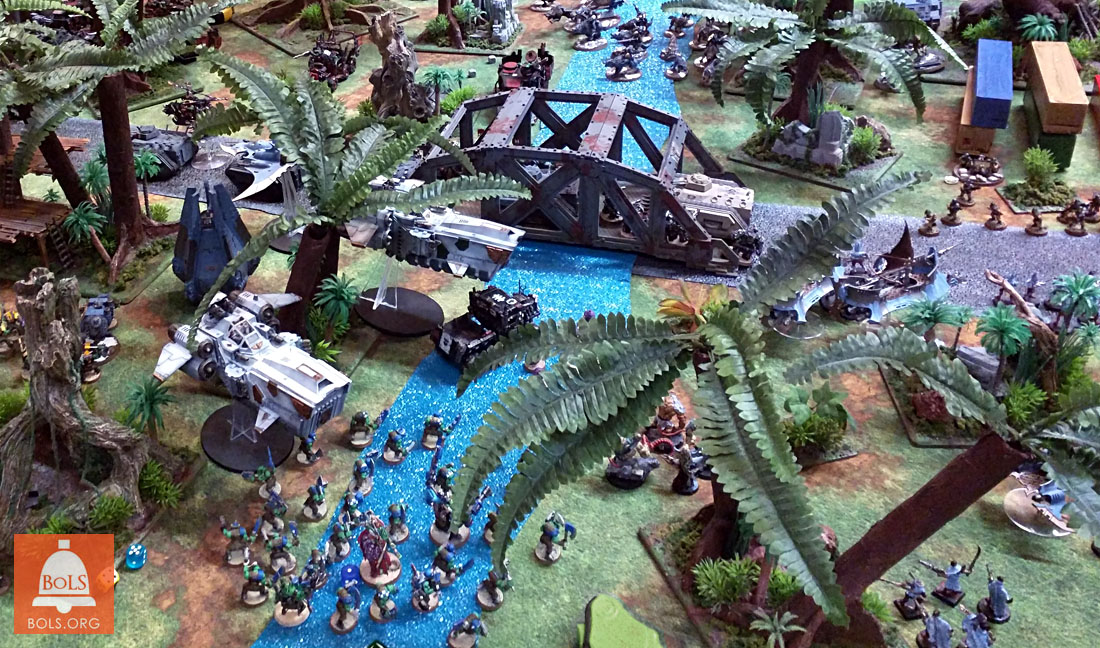