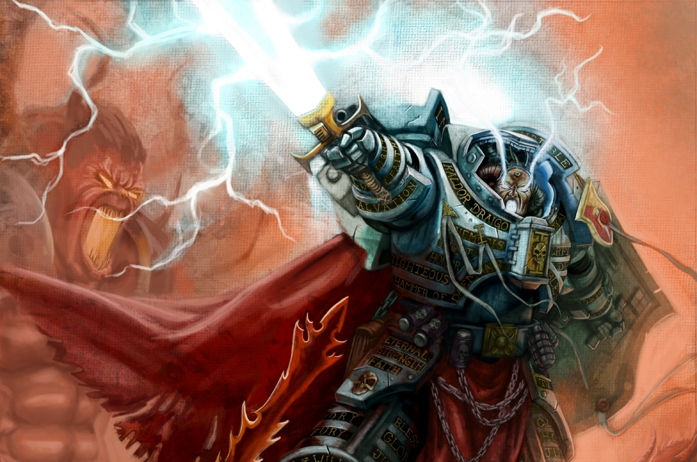 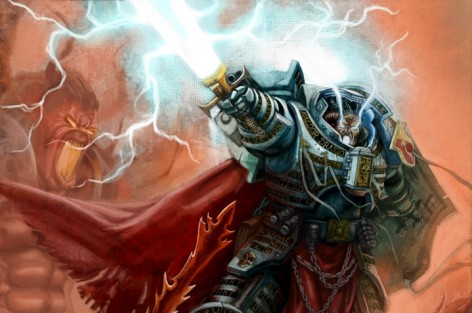 The HUGE Quest for Ghal Maraz book is here! We’ve got a few more shockers – Sigmar getting his hammer back and more importantly KALDOR DRAIGO!

5). England er Albion rises again in the form of The Floating Islands of Talbion in the Realm of Life.

4). Alarielle is found, sort of. Her Kingdom of Athelwryd was hidden under the River Vitalis the whole time.

3). Battle rages as Nurgle finds Athelwryd as well, and as the book concludes it’s flooded by the Grandfather’s Deluge with the Stormcast and Slyvaneth driven back in kind.

2). Ionus Cryptborn is slain in the silver seas, only to arrive at the height of the the final battle to take the Eldritch Fortress and secure the Great Shatterer

1). Lord Celestant Gardus emerges from the Realmgate during the Battle of the Glade. He managed to escape the realm of Nurgle after adventuring near Nurgle’s manse for quite some time. He returns to his Stormcasts with fantastic tales of that realm. Readers may now come to think that HE is the armored warrior, and not Kaldor Draigo whose adventures were believed to be chronicled in the Khaine End Times Book.

If you recall the Elves in End Times Khaine entered Nurgle’s Garden and near his Manse encountered this individual:

“Araloth (the wood elf) ventured into the Realms of Chaos on a mission at one point and while there meets, and is aided by, a scholar, a sorcerer, and an unusually large knight in gleaming silver armor. He is described as speaking in a strange language and claims that he has made a name for himself within the Realms of Chaos. When he fights demons he can fling out his hand and have blue flame erupt amongst them (storm bolter with psy bolts?).
He distracts the demons long enough so that Araloth can complete his mission and on his way back out the elf sees the “knight” impaled upon a spear but still alive. He wants to save him but the scholar says that he will be fine and that the demons cannot ever truly kill him.”

So does that sound more like Kaldor Draigo or Lord Celestant Gardus? Grey Knight or Stormcast Eternal? 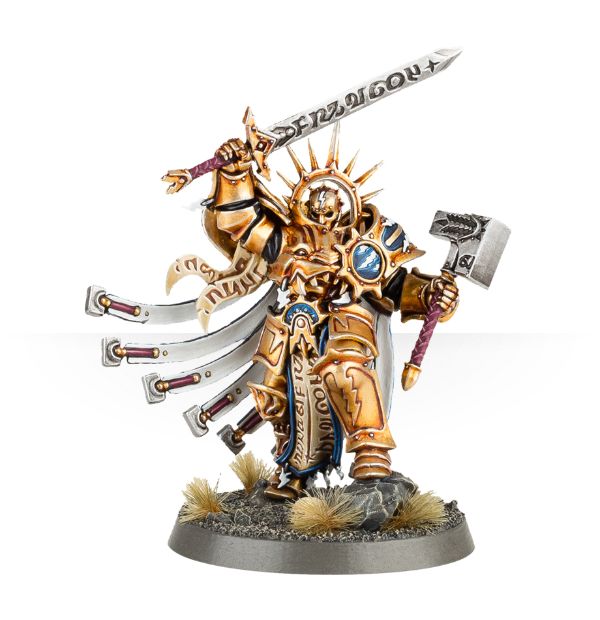 The next war to come will be the battle for the All Points, where Sigmars’ Grand Alliance fell apart previously as Nagash’s great betrayal was revealed.

Author: Robert B
Robert is a veteran tabletop and miniatures gamer, and writer with over 20 years of experience. His specialtiesies are the worlds of Game's Workshop's Warhammer. He began writing for BoLS In 2010.
Advertisement
Age of Sigmar Lore Tabletop News
Advertisement