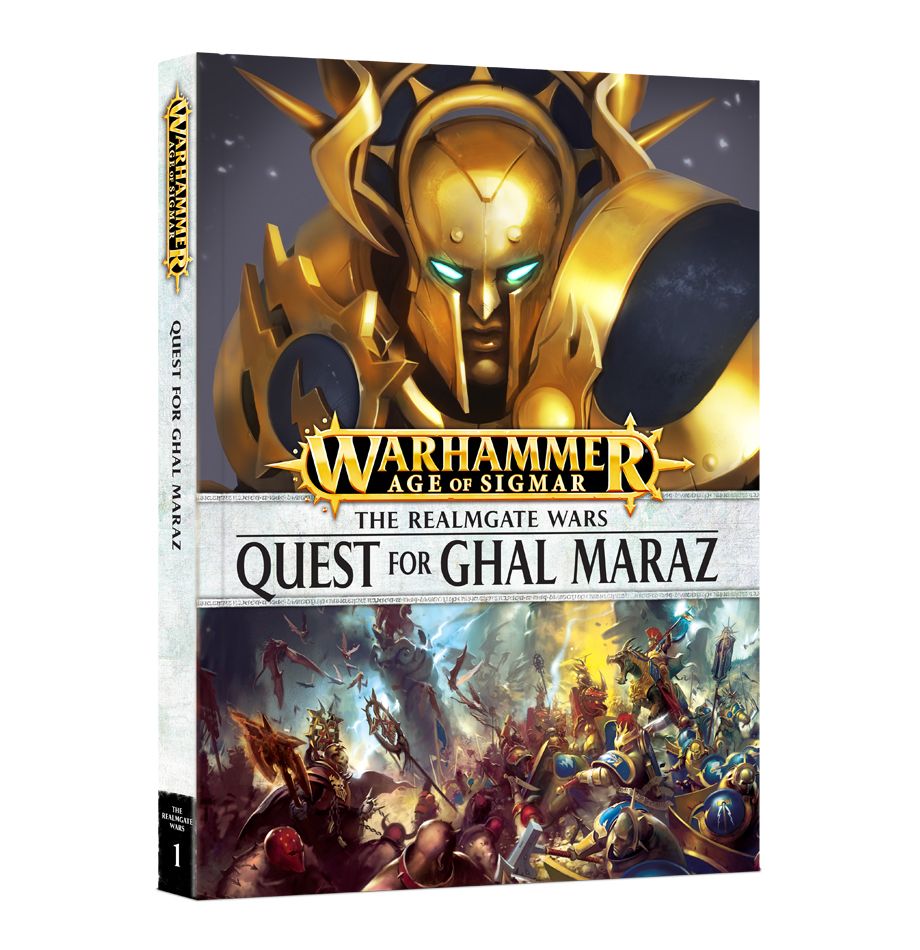 The Realmgate Wars are heating up with the Quest for Ghal Maraz – Join us as we take a stroll through the Book! (Spoilers Ahead!)

Hey BoLS Readers, AdamHarry back with a quick rundown of the Age of Sigmar book Quest for Ghal Maraz.

This is spoiler heavy – You have been warned.

I want to reiterate what I said in the video for those of you at work – This book is worth a look!

From a production stand point Games Workshop has been setting the bar very high with these releases. It’s a 240 page, full color book. The paper is heavy weight and the printing is of a high standard. The binding is well done (ie, it’s not going to fall apart after a read through or a couple of hundred) and it’s a hard back that looks nice to boot. These are all things we’ve come to expect from Games Workshop. I would even suggest that we’ve been spoiled by the quality of products for so long that it’s hard to recognize that quality when it’s right in front of us. But there it is –  and it would be hard to argue that the book is cheaply made.

I don’t care for arbitrary rating numbers – but I can compare this to other books you might be familiar with. I would say this book is definitely higher than the industry standard but not as well done as those super fancy Horus Heresy books from Forge World (and I’d bet money that the limited editions are on par, if not better quality that those Forge World books). 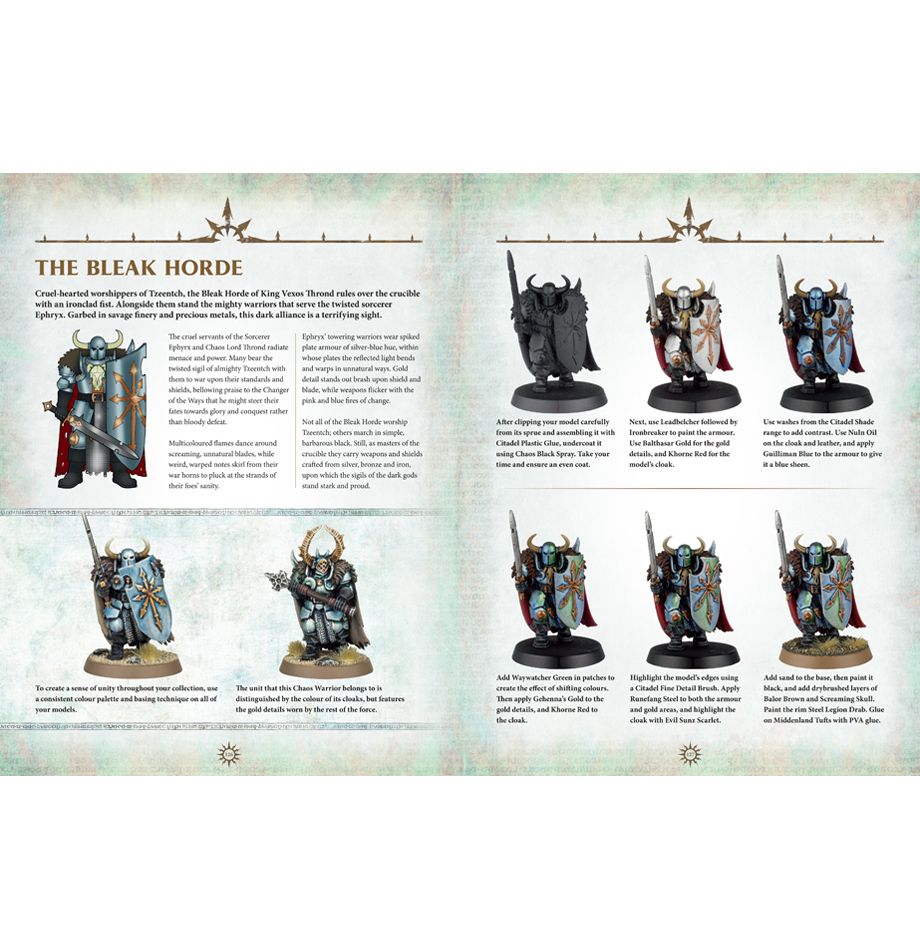 The story in the book is a entertaining read. I know a few of you out there have been keeping up with the new fluff and will agree with me. Plus The Silver Maiden is one scary Banshee… holy smokes! I do go through a lot of the spoilerific story in the video but the main things I want to point out are:

I also want to mention the book is written in a way to introduce completely new players to the world of Warhammer. But if you’re an old school fan you’re not going to be bored either. 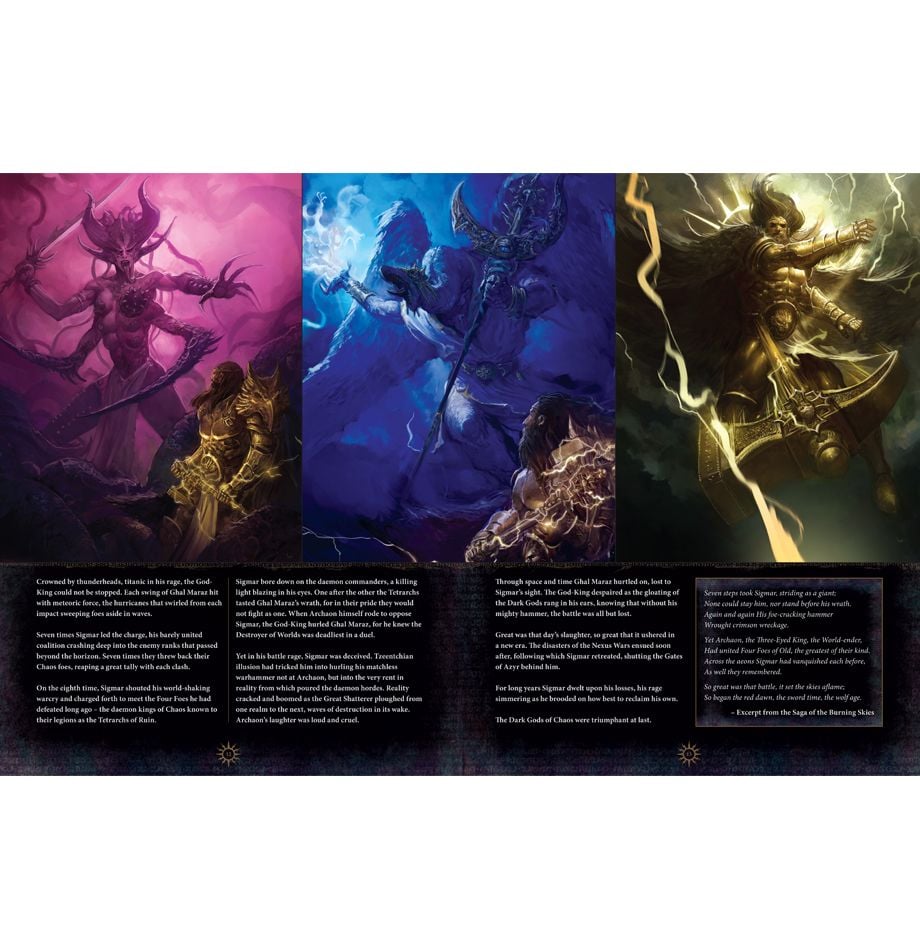 Again, the Realmgate wars series and The Quest for Ghal Maraz are worth a read. It’s actually exciting to see GW push their narrative forward and support it with the campaigns, scenarios and even extra rules. Even if you’re not playing Age of Sigmar, these books have some neat scenarios to glean from as a campaign system.

This series of books has very clearly been designed to follow the on-going campaign. It’s very obvious that the campaign started with the Box Set, continued through the Age of Sigmar book and will continue past The Quest for Ghal Maraz. This is setting up a new “status quo” for Warhammer and I’m enjoying the ride so far.

I wonder what music played when Sigmar got his hammer back? Oh. That’s right.

Author: Adam Harrison
Writer, Editor, Texas Native, and Austinite for 15+ years, Adam covers all things Tabletop Gaming. Which includes Warhammer 40,000, Age of Sigmar, D&D, Board Games and everything else that involves dice, boards, cards and a table. A hobbyist, player, and collector of miniatures and games, Adam's current obsession are his Death Armies for Age of Sigmar, his Blood Angels and Tyranids for 40k, and his ever growing Arkham Horror: The Card Game Collection.
Advertisement
Age of Sigmar Games Workshop Videos
Advertisement