Age of Sigmar VS Star Wars – Misjudging the Market? 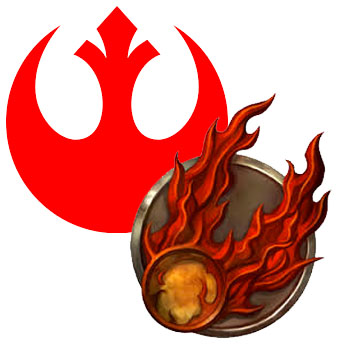 A Long Time Ago, In a Galaxy Far, Far Away… There Was An Age of Unending War

BoLS Lounge alumni Caitsidhe asks the question: Can Age of Sigmar go the distance in the face of a resurgent Star Wars?

I want to talk about something which has to some degree only been hinted at or talked around. One of the chief reasons given for introducing AOS is that it is supposed to help bring new blood into the community. While I could talk for pages and pages about the fact that new blood is better recruited by a thriving, active community of all ages, I will instead focus on why this has to be the greatest mistake in a long litany of mistakes regarding the current and coming market. For whatever reason, Games Workshop has decided that its older fan base are acceptable casualties. It is their clear, stated belief that the money comes from parents taking their kiddies into Games Workshop stores and going crazy. The notion of community, they apparently believe, will mystically take care of itself. The kids will find each other. Or, perhaps they don’t care about community at all. Their working model might simply be to get as much as they can from each household at the start and then write them off. It is difficult to read Games Workshop because they rarely do anything based on logic that comes from outside of Games Workshop.

All that being said, there is a glaring problem with their plan. Even if I was to concede that their business model or approach would work under normal conditions (and I don’t) the next ten to fifteen years of the young gaming market belongs to Star Wars. Bear in mind I’m not just talking about the games out so far which cater to that genre, but also to the explosion of them to come. AOS doesn’t have a snowball’s chance in hell. We are literally looking at a watershed moment where a significant portion of gaming dollars is about to divert. The piece of the pie left from the youth market is going to be very small indeed and that morsel will be fought for by a much wider field. What this means is that just when Games Workshop is about to lose a significant amount of its youth market to a force beyond its capacity to cope with, they are working hard to alienate and marginalize the core, older fans. Get those old guys out of the shops to make room for the kids! That seems to be the mantra. Games Workshop has about as much chance of getting those kids in the stores with the upcoming deluge of Star Wars mania as they do of licensing any Star Wars games themselves.

Now I know I am going to come across as a hater, but that isn’t my intent here. I’m pointing out a simple, pragmatic truth. I’m asking the apologists, the shills, and just the average gamer on the street to please explain to the rest of us how Games Workshop is going to compete with what is coming? Disney has even announced the construction of Star Wars Parks. Lets consider what Star Wars (and games based on it) will have:

1. A fleshed out cosmology and history that every kid to every senior knows, loves, and understands.
2. Constant advertising blitzed out at every level of pop culture.
3. An already existing, growing (thriving even) community of gamers playing in the setting already.
4. Easy options for vehicle games, miniature games, video games, yadda yadda yadda…
5. Games which will be welcomed into every single store from the largest to the smallest providing distribution to parents who don’t even know where to find Games Workshop.
6. The setting has a G to PG feel which parents will always see as safe and no baggage of any kind to make them worry about sex or violence or adult themes.
7. The price point will be right.
8. The toys will already be ready to go which is great for kids who rarely have the patience or inclination to learn painting and modeling aspect.
9. Saturation will make access to a community of other kids who play as readily available as Magic the Gathering.
10. The movies will just keeping coming one a year at least.

I’m not exaggerating here. I’m stopping at ten because that always seems more than enough. How exactly is AOS going to draw in the youth? Doesn’t it seem like Games Workshop should have been digging in and preparing for this day? Their base and loyalist fans are those that are older and invested. I kind of think you better find ways to get them back inside the shop. Your market is about to become a whole lot smaller.

~So what’s your answer gamers?