Behold the GLORY of The Quest for Ghal Maraz 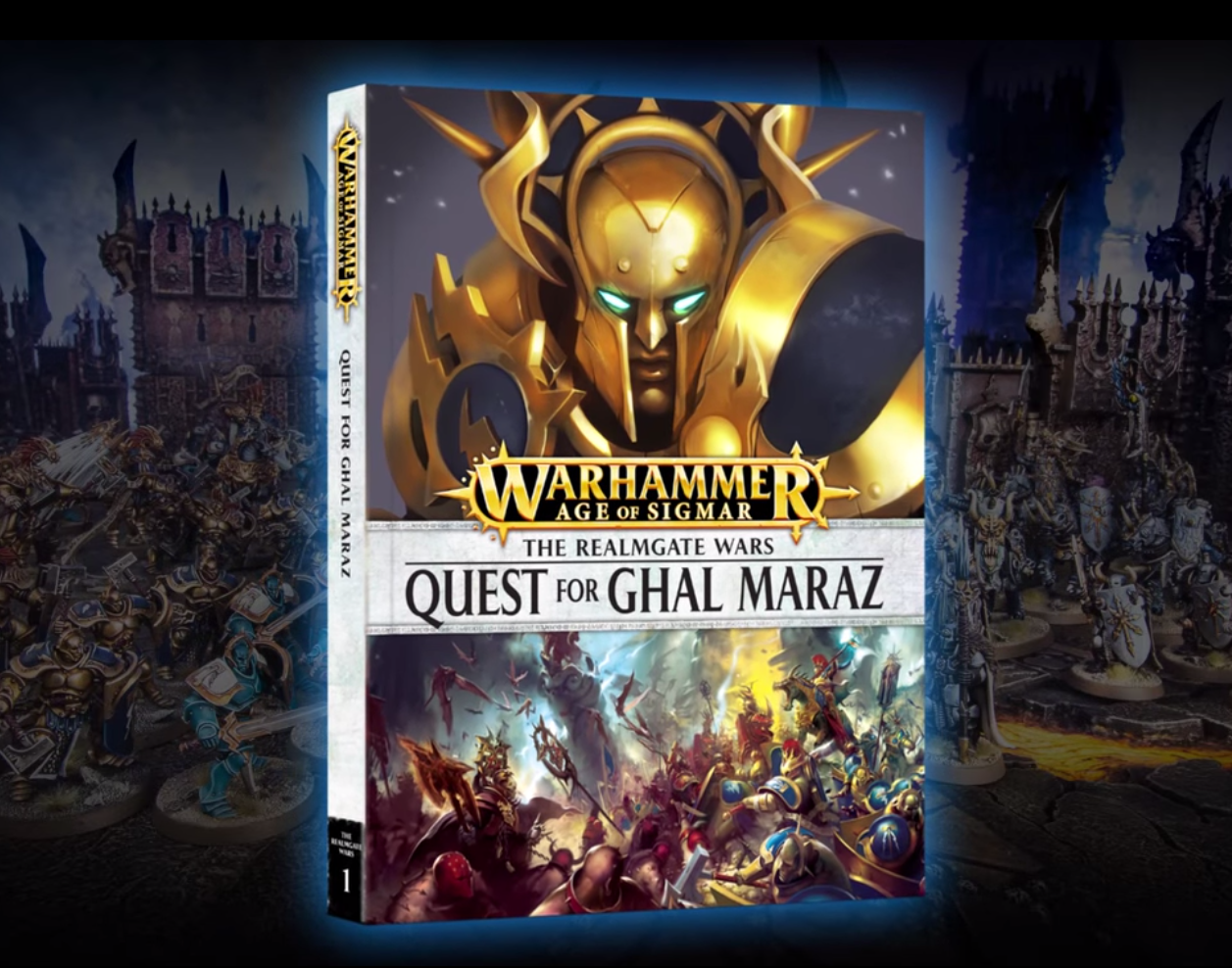 The Realmgate Wars are in full swing. Sigmar hunts for his lost weapon of destruction – The Quest for Ghal Maraz begins NOW!

In his last battle against the forces of Chaos, Sigmar lost his greatest weapon, the legendary warhammer Ghal Maraz. For aeons he mourned its loss and he seethed with rage at how easily he’d been tricked by the Dark Gods. But now, deep within the Realm of Metal, Ghal Maraz has been found and Sigmar will go to any lengths to recover it.

If you haven’t been keeping up with the narrative of the Age of Sigmar you may want to take a look because it’s starting to get interesting. This book picks-up where the campaign in the last book left off. The Stormcast’s attack has secured a beach head but the Realmgate wars are just getting started. The Realm of Metal is the home of the Duardin  (and specifically Grungni – one of the Gods of the Duardin) who are currently in hiding. Chamon is under the control of the Chaos Sorcerer Ephryx – and he has Ghal Maraz locked away in the Eldritch Fortress. The good news is that the light from the hammer of Sigmar appears to be uncorrupted. The bad news is that the same light sent Lord Thostos Bladestorm right back to the Celestial Realm. It was a one-way ticket if you get my drift.

There is also more on the battle in the Realm of Life – Ghyran. The Skaven and Papa Nurgle have launched an assault on life and Alarielle’s forces have been putting up quite a fight. However even the Jade Kingdom cannot withstand the onslaught of rot forever. Thankfully the Thunder has arrived! The Stormcasts had won a pivot battle and the old alliance may be renewed but the thing about rot is that it never really goes away – especially when the Skaven are involved.

The book itself appears to contain new scenarios, story and of course warscrolls to bolster your forces.

It’s a throw-down to save the Realmgates – who’s side are  YOU on?