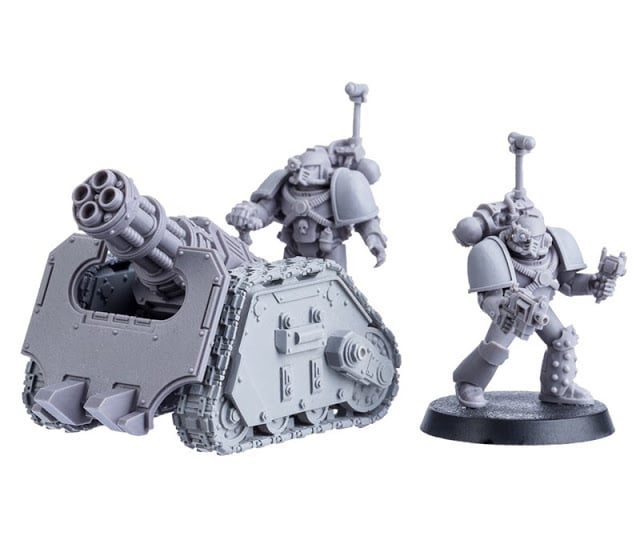 It’s the weekend, and that means New Forge World! Get in here to see all the goodies 40K fans! 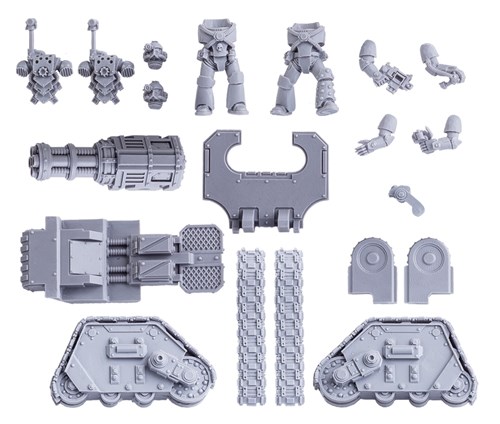 The Rapier Armoured Carrier is an ancient device, one of many such technological relics of the dawning days of Mankind’s stellar empire. It is a bulky, armoured track unit, which mounts a powerful antomantic reactor and is capable of carrying weapons heavier than even a Space Marine could easily manage. The long-range firepower of the quad mortar, one of the Rapiers many weapon options, is used to suppress enemy troops and even crack through their armoured bunkers.

Rules for using this unit in Space Marine Armies can be found HERE. 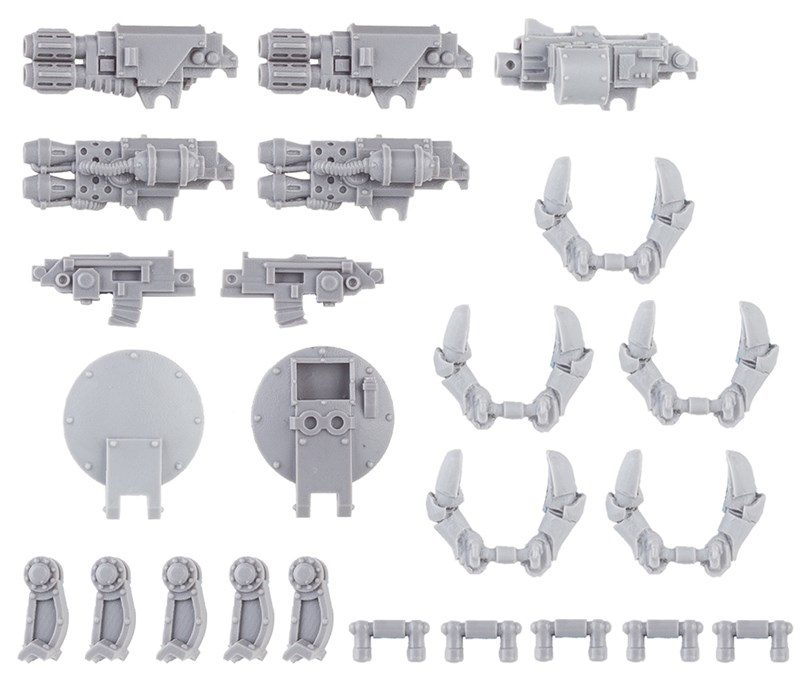 Adding firepower to vehicles from the lightly armoured Javelin Attack Speeder to lumbering super- heavy tanks, pintle mounted weapons are ubiquitous in the armies of the Legiones Astartes. Heavy bolters and heavy flamers decimate enemy infantry whilst multi-meltas burn through the hulls of their tanks.

The Space Marine Legion Pintle Weapons set consists of two multi-meltas, two heavy flamers and one heavy bolter as well as gunner arms and pintle mounts for each weapon so you can upgrade up to five vehicles. It also includes a solid cupola and twin linked bolter cupola for upgrading Deimos pattern Rhinos and vehicles based on the same chassis.

This is a multi-part resin upgrade kit consisting of twenty four parts. 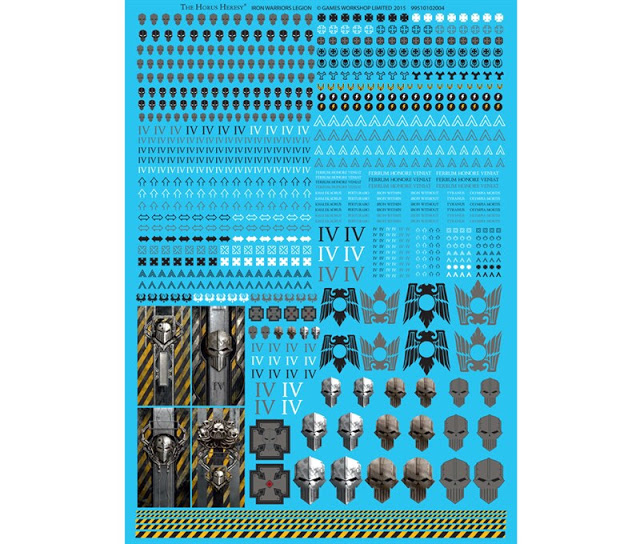 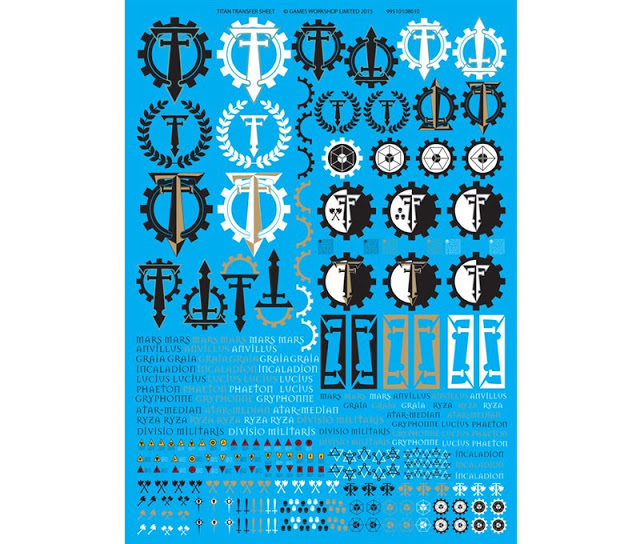 All this stuff ships out August 16th!  Who’s signing up for what?