This year at GenCon we spoke with the creative minds behind Bushido and Rise of the Kage – Come see what GCT Studios has to show-off!

Hello BoLS Readers! AdamHarry back again – and yes, it’s more GenCon 2015 coverage. The spotlight this time is on GCT Studios and the awesome shared universe they have created in Bushido and Rise of the Kage. Last year we spoke with Gordon about Rise of the Kage on Kickstarter – this year it’s out and they even have the expansion on the way: Docks of Ryu

Here is our video interview with Gordon of GCT studio from GenCon 2015:

Basically Bushdio is a fantasy tabletop skirmish game inspired by ancient Asian myths and legends. It’s a fairly fast paced game where players have to think on their feet and strategize on the go. Using forces of a handful of models, players try to complete their battlefield objectives while simultaneously attempt to shut down their opponents plans. “A game of Bushido is fast-moving, flexible and filled with strategizing, counter-strategizing and counter-counter-strategizing. Your tactical acumen is important, but as dice add an element of randomness, so too is your ability to think on your feet.”

Sure – that sounds like a LOT of skirmish games out there. But the biggest difference is the models GCT has. They range from the “Mortal Samurai” look… 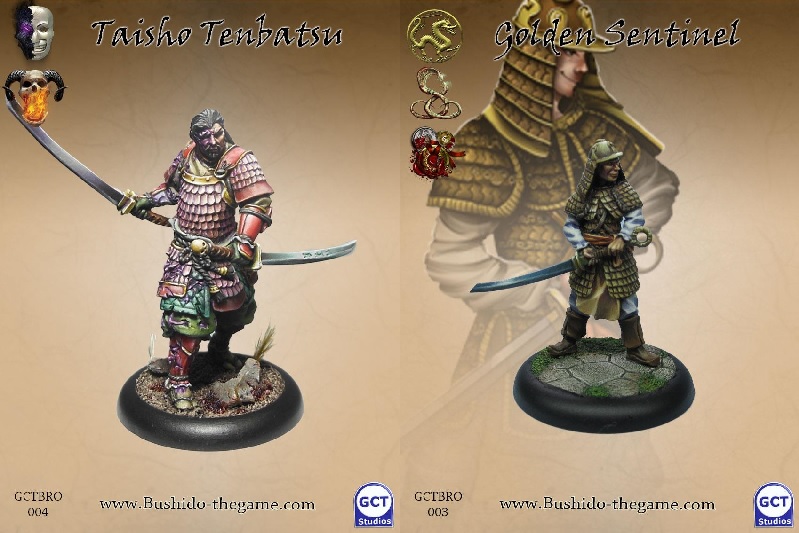 … to the more fantastical elements of Asian mythology: 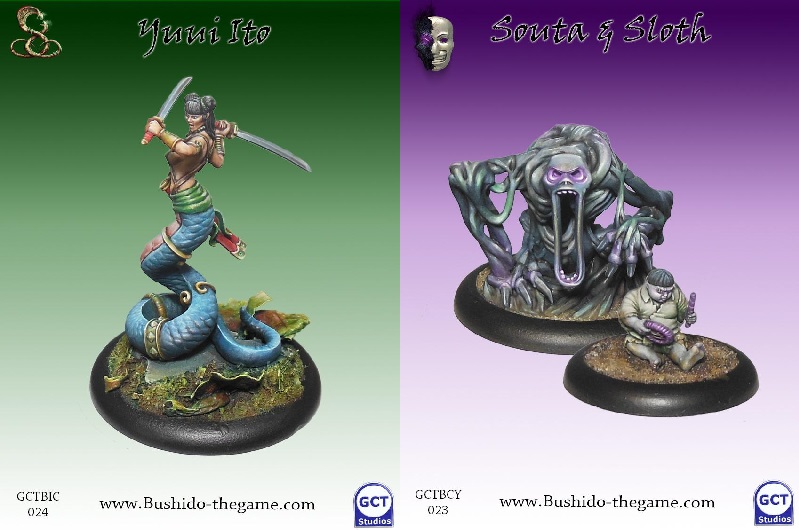 The big news at GenCon this year was the new faction – The Tengu Descension: 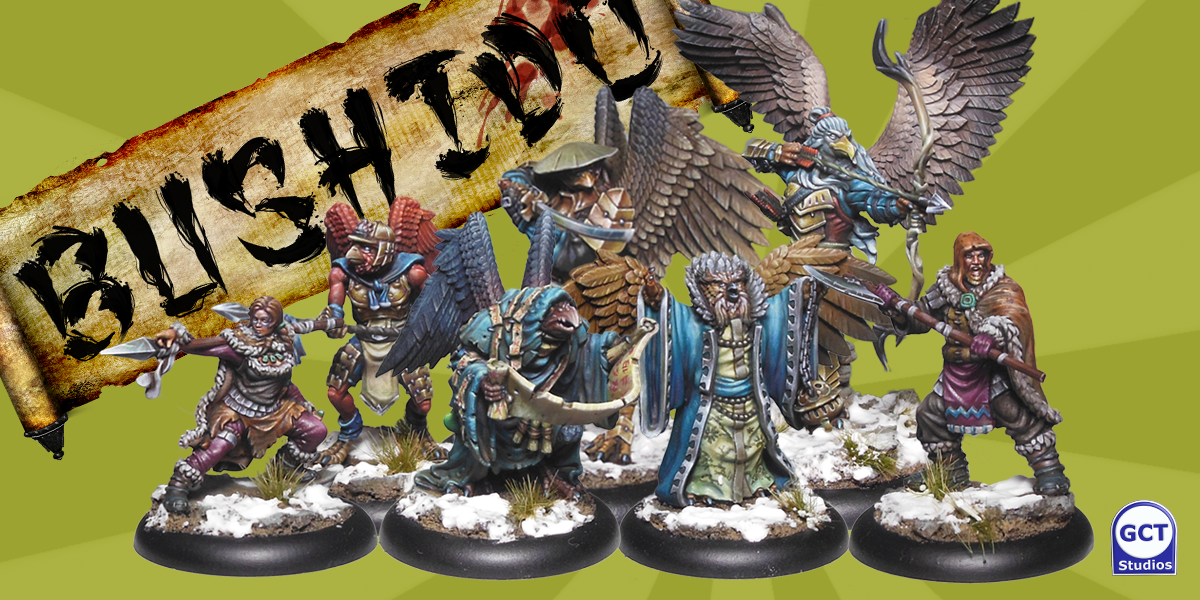 The Tengu are a type of creature from Japanese folk lore. They are bird-like demon-men or protective guardian spirits depending on which side of the fence you sit. In game they are more elite than your average Bushido model so they tend to be an even smaller fighting force. Luckily they do have some humans that are allied with them to help fill out some of the gaps in their army.

Rise of the Kage 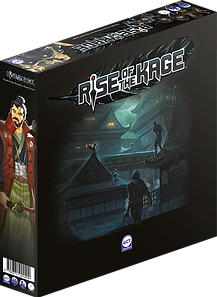 Rise of the Kage is a fast paced, tense and thrilling stealth board game for two to four players. The game features beautifully detailed 32mm miniatures and as you immerse yourself in the world of the Jwar isles you take on the role of stealthy ninja or stoic guards.

With the lands at the furthest reaches of the Golden Empire descending into chaos, the ruling clan led by the Takashi family face threats from every side, the last thing they need is the shadow of the ninja cast upon them. In a game the ninja players attempt to attain their secret aims whilst searching for items and equipment to help them achieve this. They must do this without raising the alarm and escape successfully with their lives. At the same time the guard player attempts to stop them at all costs, throwing all his resources into eliminating the vermin that attack from the shadows.

Will you try to further the mysterious, yet surely nefarious goals of the Kage Kaze Zoku, the Shadow Wind Clan, OR will you guard the life and honour of the Daimyo of the Prefecture of Ryu?

Set in the same universe as Bushido – Rise of the Kage is more of a board game style vs the skirmish level experience. It’s Ninjas vs guards in a cat-and-mouse stealth game. While the ninja may have stealth, tricks and traps on their side the Guards are certainly not push-overs. It’s a cool theme and a great concept. After a successful kickstarter campaign is should be on its way to a store near you. At GenCon they also had the expansion pack to show off as well: 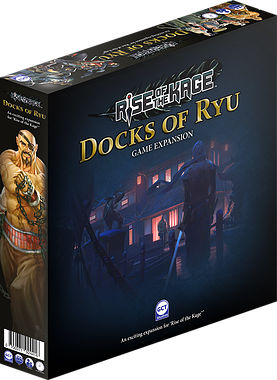 This expansion does require the core box but it enhances the over-all experience with more options for both sides to play around with. I would encourage you to check it out if you get the chance: 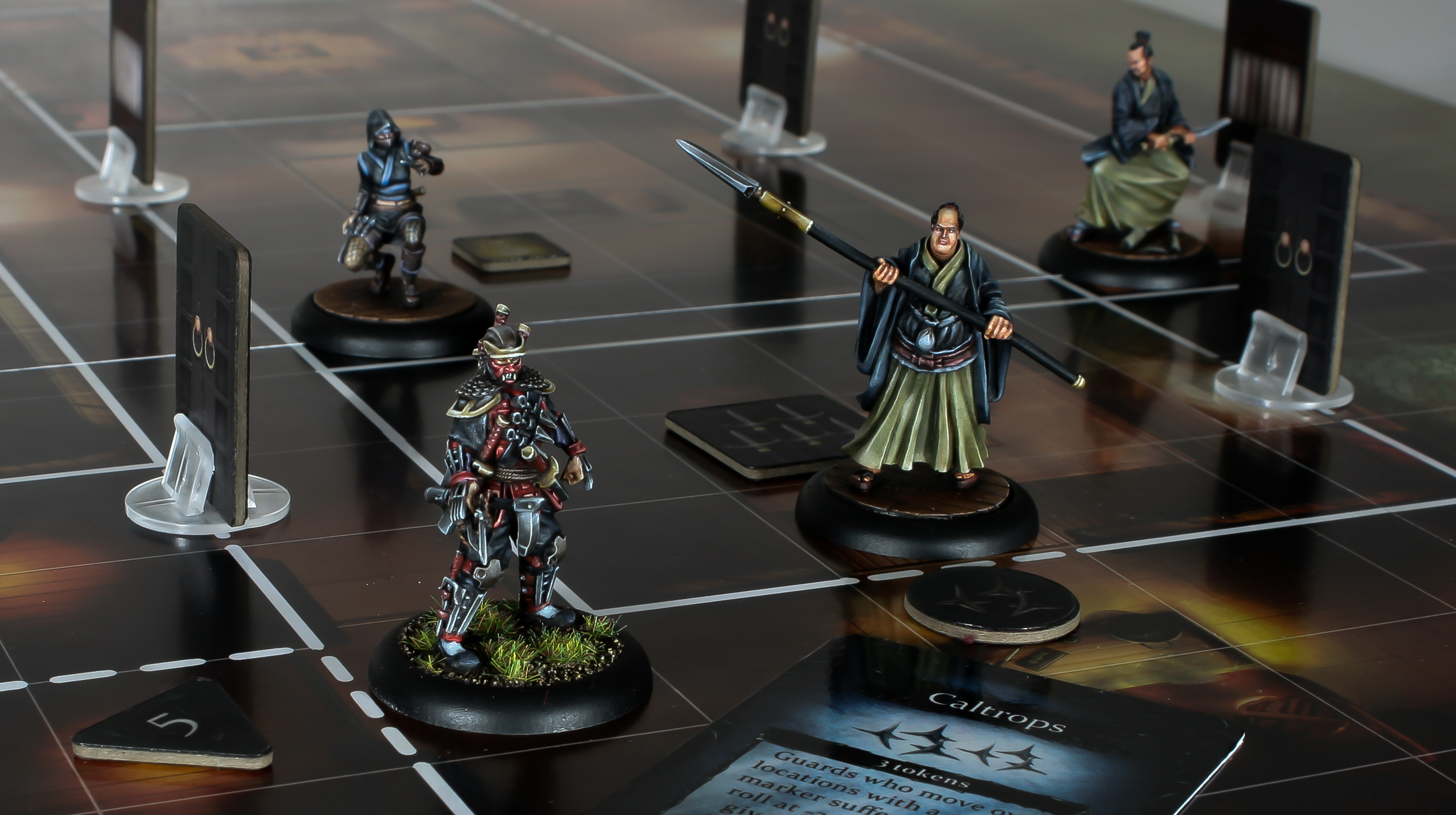 GCT is a definitely a studio to keep an eye on – they are making cool models and games and I hope they keep at it! Now I just need to find out where I put those sneaky ninja models…

Author: Adam Harrison
Writer, Editor, Texas Native, and Austinite for 15+ years, Adam covers all things Tabletop Gaming. Which includes Warhammer 40,000, Age of Sigmar, D&D, Board Games and everything else that involves dice, boards, cards and a table. A hobbyist, player, and collector of miniatures and games, Adam's current obsession are his Death Armies for Age of Sigmar, his Blood Angels and Tyranids for 40k, and his ever growing Arkham Horror: The Card Game Collection.
Advertisement
GCT Studios Videos
Advertisement