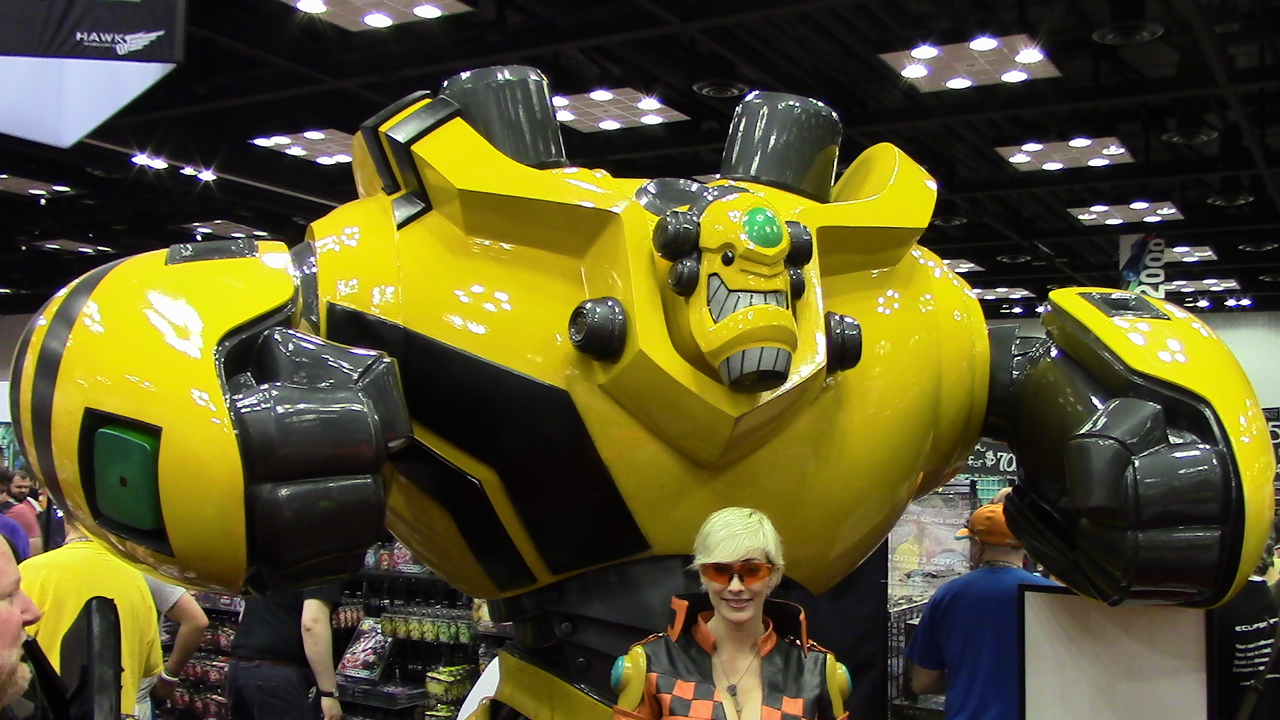 The GenCon 2015 coverage continues with Soda Pop Miniatures and the Ninja Division Showcase – And yes, that’s a Giant version of Lug!

Hi BoLS Readers! AdamHarry here with more GenCon video goodness. This one is a long one so pull up a chair and get comfy. The Ninja Division booth had a lot to show off:

For starters – they had a display built by the legendary Dave Taylor: 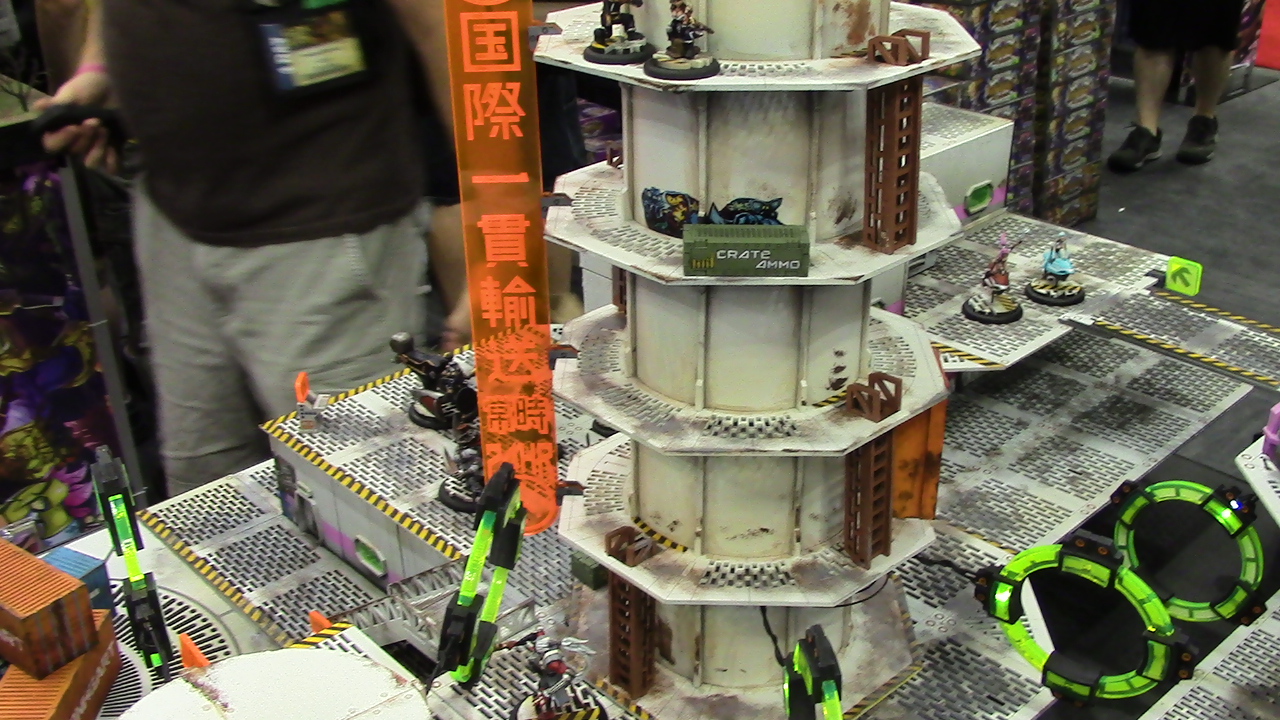 The Ninja Division also had a lots of info about their Relic Knights line – but for all you hobbyists out there the most exciting thing was the announcement that they were moving back to Hard Resin! That’s right, they listened to the customer comments & feedback and actually made a change. Kudos to them for doing so. If you haven’t given Relic Knights a shot – you should! It’s different from other skirmish games out there and the models are going to be even better in resin. If you’d like to see the game in action we actually did a demo last year. 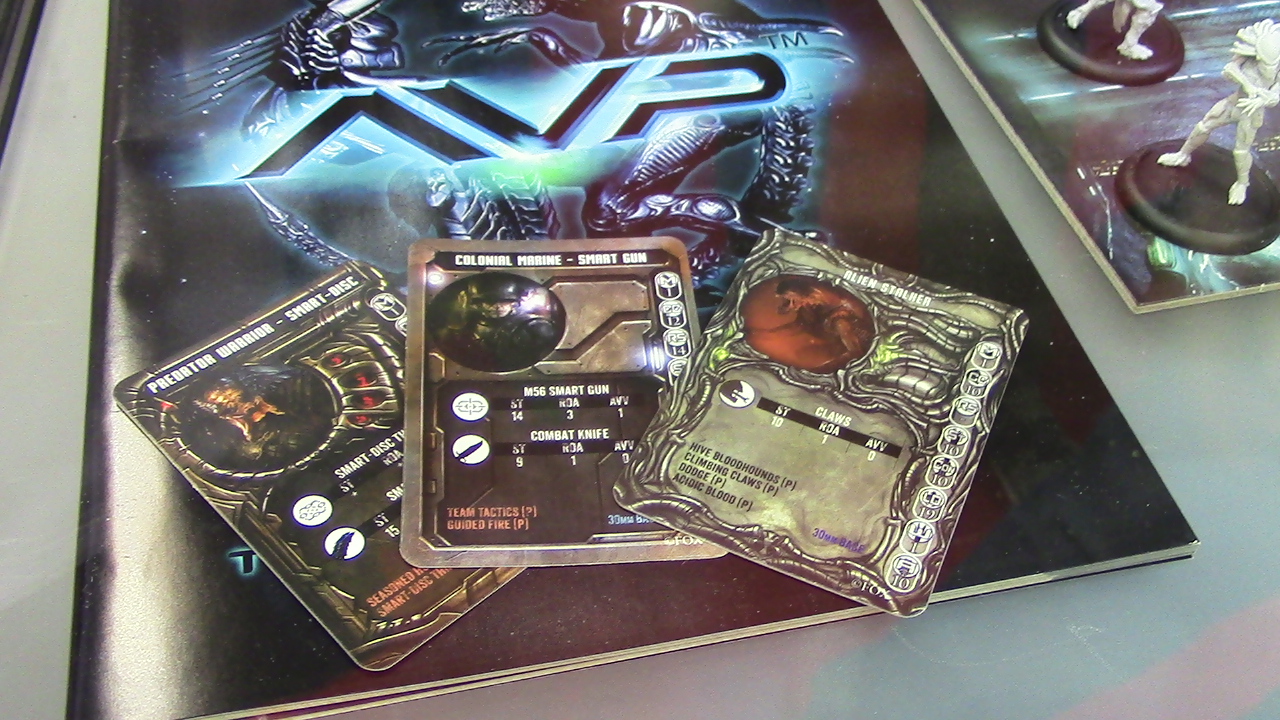 The new AVP board game was out as well. It should be hitting stores near the end of September! The game itself is a 1-3 player “dungeon crawl” with different missions and objectives based on the faction you play. You can be Aliens, Predators or the Colonial Marines – this game is basically want fans have always wanted from the movies but in board game form! The models themselves are top-notch: 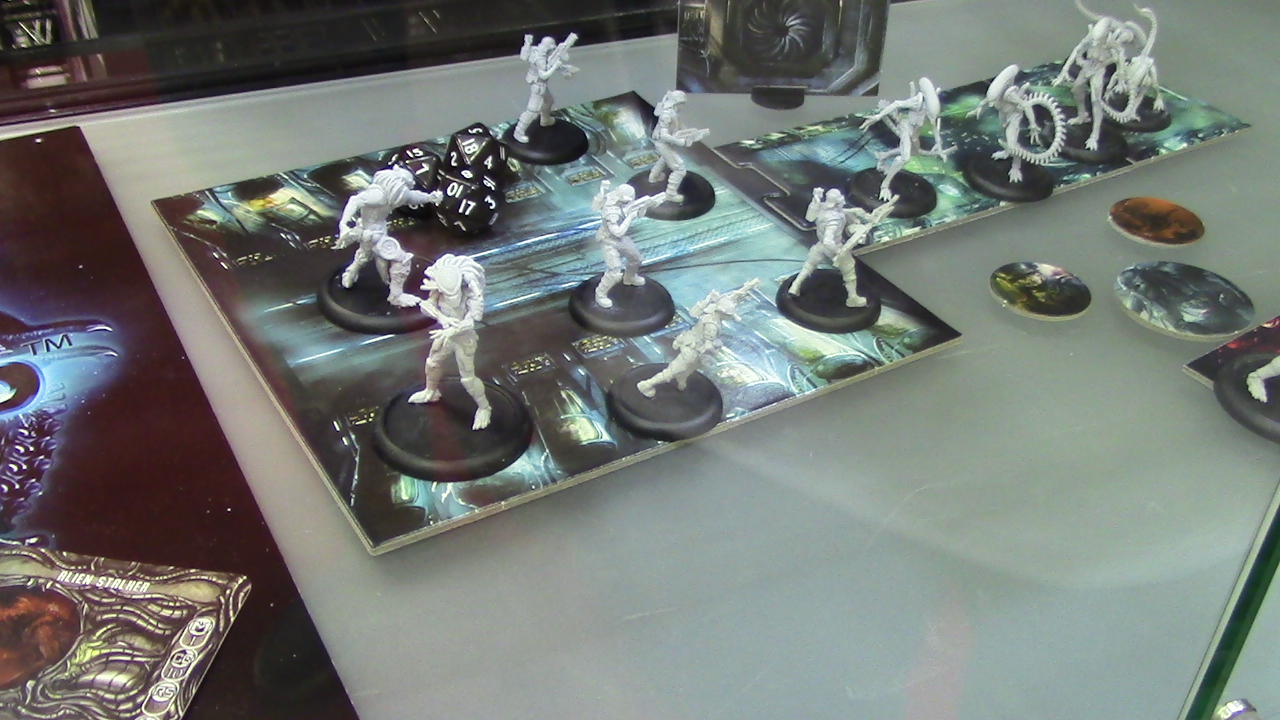 They also had a TON of Super Dungeon Explore news – they had a bunch of the new Warband Packs on sale/display. I really like these because they function as upgrades to the core game with new miniatures and rules in one handy box. I also have a soft spot for their miniatures because they are so very different from the Grim-dark 40k stuff or the ‘realistic’ Infinity style miniatures. Don’t get me wrong – I love those styles, too! But the over-the-top cartoony style combined with the video game like game mechanics really separate Super Dungeon Explore from the rest of the pack. It’s also a kid-friendly line, not just in style, but also in materials. The material they use can stand up to abuse & accidents. It looks perfectly fine unpainted but can also “take the paint” very well as their display showed: 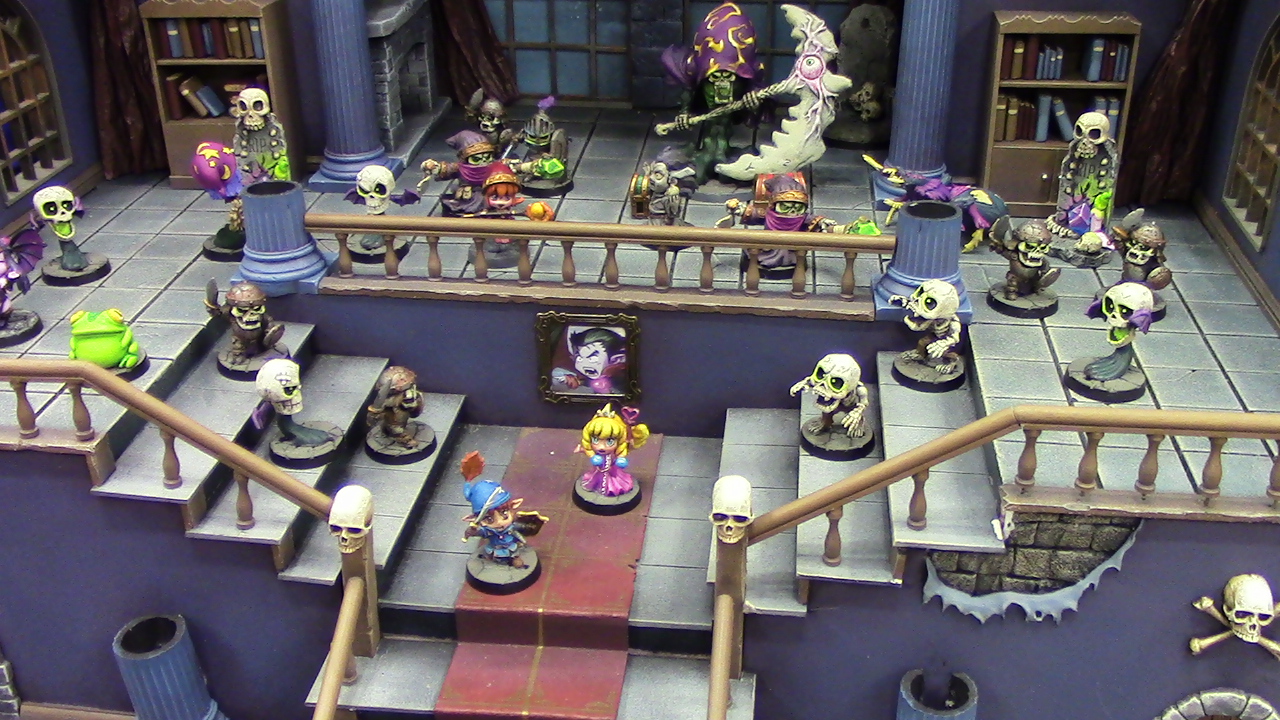 And speaking of Video Games – they also had a Super Dungeon Tactics Demo at the booth. The video has some alpha game-play footage which means it’s not the final release so don’t be shocked if the game changes. If you pick-up one of the new Boo-Booty USB drives it actually comes with the Alpha Build so you can get a preview. It’s also kind of meta: It’s a video game based on a board game that is based on video game mechanics… It reminded me of Final Fantasy Tactics or Ogre Tactics for all you old-school video gamers out there. Having put in a LOT of hours of my youth playing those games I’m a little excited/biased.

The video also covers Hell Dorado, Anima Tactics and a few other systems – but I’ve spoiled enough as it is… Go check out the video!

GenCon 2015 maybe over but we’re still working to get through everything. Stay Tuned because it’s a great time to be a gamer!

Author: Adam Harrison
Writer, Editor, Texas Native, and Austinite for 15+ years, Adam covers all things Tabletop Gaming. Which includes Warhammer 40,000, Age of Sigmar, D&D, Board Games and everything else that involves dice, boards, cards and a table. A hobbyist, player, and collector of miniatures and games, Adam's current obsession are his Death Armies for Age of Sigmar, his Blood Angels and Tyranids for 40k, and his ever growing Arkham Horror: The Card Game Collection.
Advertisement
Ninja Division Relic Knights Soda Pop
Advertisement