GW Schedule: The Months Ahead 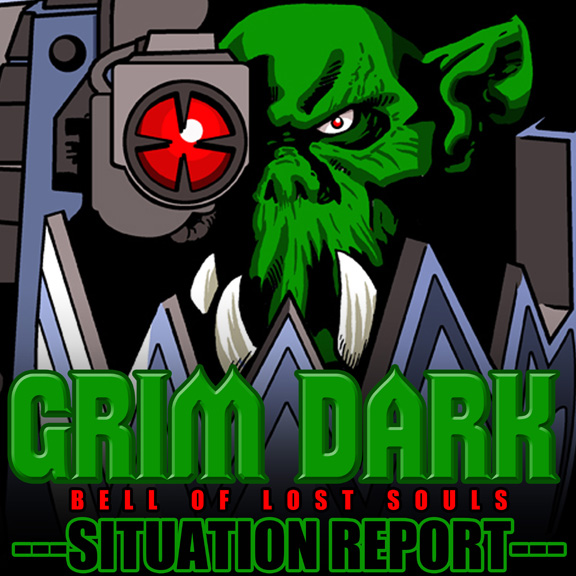 Today we put together all the 40k, Horus Heresy, and Age of Sigmar rumors, hints to come up with what the future will hold:

This is all gathered together form pretty much everything out there from a variety of leaks and, rumormeisters.

August 29 – Age of Sigmar (Celestant Prime) ~Matches the rumors of the “big kit” coming towards the end of the Age of Sigmar Launch Window.

September 5 – Age of Sigmar “Death from the skies, A new Tome of Battle, Raise Shields.” Most likely a new box with new weapon options for the winged Prosecutors, Another book/campaign of some type for AoS.

September – Tau – Warhammer 40,000 is said to return before the end of the month and the Tau Empire is getting a new release.  Products mentioned are: Codex, New Battlesuit box, a single clampack.  There are conflicting reports of either a 1 week “Grey Knight” release, or a longer 2-week release window.

It looks like the summer of Sigmar is starting to wind down.  There is still talk and GW White Dwarf hints of more AoS campaign books and I’m sure GW will not drop the new system, so I would expect to see it mixed into the release schedule from this point on. Outstanding rumors hinted at Tzeentch, and the start of new faction models for everything from steampunk Skaven & Duardim and all the others in time.

But just as Age of Sigmar got it’s time in the sun, so too will the new 3rd line Horus Heresy range. I would expect to see the plastic boxed set lead the way, with the initial set of standalone plastic Heresy kits coming in it’s heels just as we saw with AoS.  Look for this to be the big splash in Q4-Q1, and GW moves to fill that empty LotR/Hobbit shelfspace with what will certainly be a much more hot line of products.

On the 40K side, Tau is on the way with talk of Tyranids hitting very early in 2016.  It has been very quiet on the Raven Guard rumor front, with most of those embers cooling over the last few months. You will recall that they were mentioned as the chosen opponents of the Tau earlier this year. We should find out by October.

That’s the best picture we can assemble at this time.  I would assume the grimdark and it’s demands on your gamer wallets is just around the corner.

I hope you all enjoyed the slow summer, it’s about to crank back up GW fans!

Author: Larry Vela
Dad, Gamer, Publisher, Pilot, Texan. All games all the time since junior-high. I started BoLS Interactive in 2006. I’m a lifelong tabletop & RPG gaming enthusiast, and internet publisher working to entertain and inform my readers every day. I've been playing RPGs and Tabletop Games since the 1970s. I'm been playing and covering Warhammer and Warhammer 40K for over 35 years.
Advertisement
Age of Sigmar Horus Heresy Tabletop News Warhammer 40k
Advertisement