The Horus Heresy Drip Drip Drip Rumormill is starting to flow.  Here’s what’s out there today!

Here’s the earlier items from the following folks: 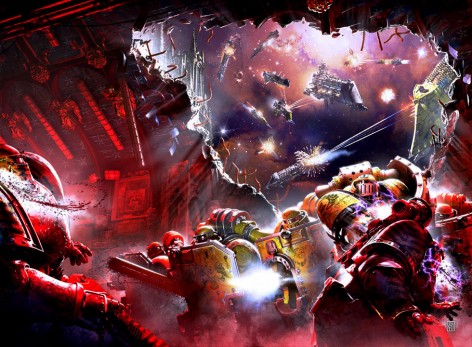 So the “Space Hulk” similarity aligns with the earlier Battle of Phall boarding action theme rumors.  This is sounding like one side gets the 30 Mk IVs defending their ship and the other side gets the Terminator/Cataphractii boarding party.  This could be pretty cool and if the tiles/board are well designed every one may end up with instant terrain for fighting 30k/40K games onboard ships.

~ We have heard the boxed set is Q4, and November before.  This latest rumor movies it up a month into October.  It’s getting closer all the time!