Special Mission: D3 victory points for every character killed in a challenge, 3vp for the Imperium if any of the veterans survive the game, 3vp for Khorne Daemonkin if the whole Veteran squad is killed
Deployment: Vanguard Strike
Points: 1000

“By St Ollianus’ beard, trooper Kophen, if you don’t get this bucket moving again then not even all the blessed Emperor’s Astartes will stop me from fugging your face up so bad that even your mother will weep when she sees you!” “His mother already weeps at the sight of him, sergeant.” Sergeant Ozias ignored trooper Ygonis’ snide comment and kept his ire firmly focused on Kophen who visibly squirmed under the grizzled veteran’s withering stare. Sergeant Ozias was one of the most respected, and feared, NCOs of the Thalmundii 411 Armoured Infantry. A veteran of 34 years’ service with a
chest bursting with medals and a face brimming with scar tissue. The ruined features of his face were contorted into a permanent grimace by a veritable canyon of a scar that ran down the whole left side of his face. “Sergeant Ozias is so damn hard he took an Ork choppa to the face and survived… and then head-butted the Ork to death.” Or so the story went. It was Ozias’ job to get the fresh meat straight out of basic and whip them up into men worthy of the Fighting Four-One-One. He hated it with a passion and made no effort to conceal it. A glorified babysitter, he got milk drinkers and turned them into guardsmen only for command to reassign them the second they got good at soldiering. This latest batch could just be the worst he’d ever seen.
“Can’t you recite some canticle or hymnal to get this fugging crate’s machine spirit to wake up?” “I’m not a tech priest sergeant.” “You are what I say you are! Fix this!” Kophen’s shoulders sunk as he clambered back into the immobilised Chimera. “Any luck on the vox?” “None sarge, having trouble with the…” “Atmospherics. Always the fugging atmospherics. Keep trying, we’re out on a limb here.” The wind picked up and he shivered, it wasn’t that it was cold but on this world the wind didn’t howl, it growled like a hungry predator. He’d been in more than his fair share of hell holes but there was something about this place that had him on edge. His finely honed instincts told
him that there were eyes on him. Ozias’ green unit had been sent on a recce. Rumour had it that J Company had vanished in this grid reference. Ozias had never heard such fugging bull. How do 300 men and 25 armoured vehicles just disappear?
“Ygonis! Keep your eyes peeled!” He added a kick to the troopers backside to emphasise his point. Ygonis ceased his habitual joking around and got back to scanning the horizon just in time to see something. Something indistinct. Something moving. “Sarge! Movement!” Ozias pulled up next to him in an instant, his rifle scope up to his eye scanning in the direction Ygonis had pointed out. “Sweet, merciful Emperor.” He breathed. He had seen them but couldn’t bring himself to believe his own eyes. Horrors worse than any he had seen in three decades of war stalked
towards them. His furious visage softened as tendrils of fear wrapped themselves around his heart and made his unease evident on his face. “K-Kophen?” His voice almost pleading by now. “Nothing sarge. It’s dead.” Came the all too predictable reply.
“Zell? Anything on vox? His voice was starting to tremble now. “Nothing sarge! It’s just stati… Wait! Wait! I got something!” Ozias ripped the headset out of Zells hands. “This is Trent two nine zero, need urgent support or evac at GR 843, over!” Nothing but buzzing static greeted him. “This is Trent two ni…” A voice like the bass rumble of a volcanic eruption interrupted him. “Trent two nine zero, Astartes support inbound to GR 843. Hold the line. Help is coming.” The static returned. Ozias held the headset to his ear for a few more seconds, dumbfounded. “Sarge, what’s going on? What do we do?” Ozias slowly lowered the vox headset and turned to face his terrified
men. “Well I’ll be a fugging…” He muttered. “Sargent Ozias, is command sending support?” Ygonis yelled, fear evident in his voice. “Support?” Muttered Ozias, his scared face breaking into a rare smile. “Support? They’re only sending the fugging Astartes!” The squad cheered and whooped with delight, ignoring the horde of rapidly closing daemons that only a moment ago seemed to herald their imminent demise.

just love it when we all sit together and start talking and working on an idea for a for a special mission Batrep. Having something unique and out of the ordinary really helps us immerse into the game. The only thing better is when we actually get to play through our idea! That’s exactly what happened after being contacted by another of our fans and told that he would be flying to Gibraltar to visit family and he’d be happy to feature his great looking Salamanders force in one of our reports. This was awesome as none of us have Salamanders even though we all love their look and fluff and the fact that in many respects they are the only real good guys in 40k (controversial? lol). Having Salamanders on the board as combined with the fact that Steve’s army comes in at under 1000 points meant we could work up the special mission idea and really go to town. This was gold and what we love about the hobby! Great armies, great fluff and meeting new people who love the game as we do. When the day of the battle finally came and we met Steven for the first time everything fell into place. A really cool guy who immediately became a friend over cold beer, dice and toy soldiers! We set out the mission and objectives and got to the action!

We firstly placed the all important mission objective the stranded Veteran Squad which had just radioed in for some backup! Luckily their call was picked up by a group of Salamander marines who were in range. What a stroke of luck!

Here is a great view of battle field with the main objective in of one of the corners giving the board layout a great final touch.

It was the battle of the Steve’s as both myself and our visitor from UK were called Steven. (This could get confusing!) I started to deploy my forces as this was what we agreed on. I would deploy first even though Steve would go first unless I stole initiative.

I deployed using the Vanguard Strike deployment zone but still had to be 24″ away of the Imperial Guard squad which would be controlled by Steve. I deployed most of my Bloodletters in front of my stronger forces basically making them a meat shield as most of you deamonkin players know it’s not that bad when you loose a whole unit as you at least gain some BT points. Khorne doesn’t care where the blood and skulls come from as long as they keep on coming!

Steve starts to deploy his cool Salamanders task force deploying his 10 man tactical squad as close to the Veteran Squad as possible.

The rest of the army deploys behind cover and ready to move closer to the enemy and let hell loose with a lot of shooting knowing that my army had no shooting abilities but would be lethal in close combat. But would one tactical squad be enough to cover the guard…

Turn 1 (Imperium) Steve moves his stealthy scouts just under the bridge. I love how he has included a nod to the old style Salamanders scheme on their shoulder pads and is there anything cooler than a space marine shotgun and the Scout heavy bolter!?

Turn 1 (Imperium) Captain of the Salamanders leads the advance up onto the platform. Leading from the front! Epic!

Turn 1 (Imperium) Steve gets to the point straight away and moves his tactical squad closer to the main objective helping the veterans out asap. The veterans must have felt very happy when they see the Salamanders are here! So much so they stand their ground! Steve then opts to run with all his other marine units getting into better key positions for the upcoming turn.

Turn 1 (Khorne Daemonkin) Finally my turn I straight away move my strongest unit forward into enemy line making Steve have a problem straight away. Knowing I couldn’t assault I still thought it was the best possible move as it will make Steve move his forces closer to the daemon prince and maybe forget about the veterans on the other side. I also think its the strongest unit to get in combat with the close by Captain making it a epic fight!

Turn 1 (Khorne Daemonkin) With the help of Ethan I start to move all my forces forward rolling the run dice at the same time as I move to save time as there’s not much to do but move and run closer lol! Blood for the blood god and all that!

Turn 2 (Imperium) Steve again moves his forces forward this time slightly differently as he prepares his forces to shoot at the approaching enemy forces.

Turn 2 (Imperium) The Captain fearlessly moves towards the Daemon Prince.

Turn 2 (Imperium) The combat squad moves into cover not knowing if to run into a better position and help the tactical squad on the other side or stay and shoot the daemon prince and possessed squad nearby. Again got to love Steve’s mixing and matching of different Salamander schemes from the ages!

Turn 2 (Imperium) Fire all will! (Given the result btw it seems that “Will” may be the Deamon Prince’s name!) The scouts fire at the Daemon Prince and some very good shooting from them combined with some awful saves from me sees the beast lose 2 wounds…….ouch.

Turn 2 (Imperium) This is going to hurt straight after the Sternguard squad opens fire! The Gravgun does the job by it self! 2 great shots followed by two failed invulnerable saves by me means the Daemon Prince is killed! Ouch!!!! Great shooting Salamanders. And first blood is scored.

Turn 2 (Imperium) I painfully remove my strongest unit from the board, big game changer for me, I didn’t expect this. Stupid scouts! lol!

Turn 2 (Imperium) With the beast slain Steve runs the combat squad up on to the fortress walls and waits for his next turn of shooting having a good position and view of most of the board.

Turn 2 (Khorne Daemonkin) …….Again I move my army up on towards the Veteran squad making somevery nice running rolls and finishing now just inches away of my biggest objective.

Turn 2 (Khorne Daemonkin) My 2nd possessed squad following closely behind…. Do you hear the voices too?!!

Author: Steven Pardo
Steven is a Gibraltar-based veteran tabletop wargamer with over 10 years of experience. He is the man behind SN Battle Reports. His specialty is organizing Warhammer 40K narrative events. He began writing for BoLS in 2015.
Advertisement
Battle Reports Warhammer 40k
Advertisement

40K Deep Thought: The State of the Grimdark 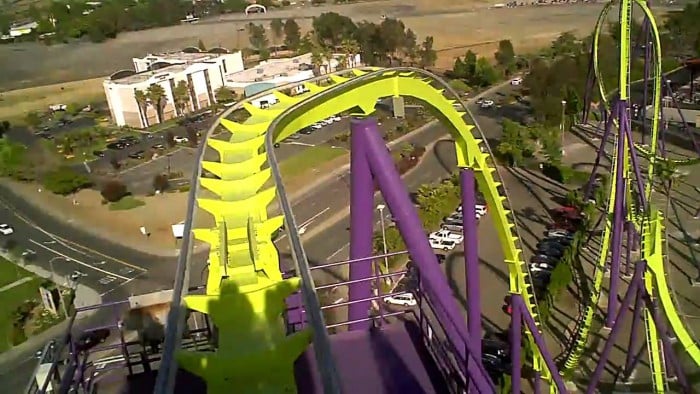