The Tempest of Sigmar’s Wrath made Flesh…

A vision of golden celestial light, a living embodiment of the God-King’s might, the Stormcast Eternals are messengers of vengeance armed with the might of stars. Once-mortal champions of Order forged by Sigmar into an astonishing fighting force, hurled down from the heavens to meet the forces of Chaos head-on, they wreak bloody revenge on the Dark Gods, the corruptors of the realms. Their assaults are heralded by the rumble of thunder and the spark of sky-scorching lightning, their attacks are a raging maelstrom of bolts, and their enemies will soon be as dust under the relentless, righteous anger of their unified onslaught.

– The Gladitorium: Not all training of the Stormcast Eternals was monster hunting. A gift from Malerion, the enchanted dome of the Gladitorium enabled the Stormcasts to fight each other, yet arise unharmed when battle was done. In the greatest exercises entire Stormhosts were pitted against each other in thunderous war drills.
– An uneasy alliance: Unable, as of yet, to find Nagash, much less negotiate with him, the Stormcast Eternals nevertheless found themselves fighting alongside the dead in the gravefields that were once the Cold Kingdoms.
– The Allpoints: Sigmar’s eye robed over thousands of battlefields where heroic deeds were done in his name. Yet his gaze was ever drawn back towards the Allpoints, where lurked his greatest foe besides the Dark Gods themselves. 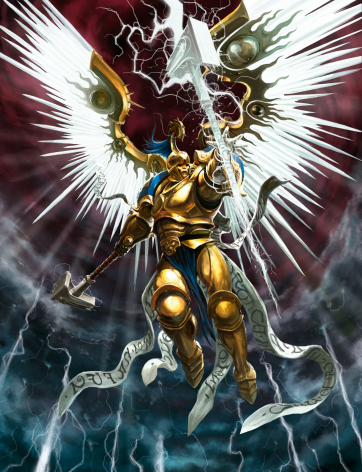 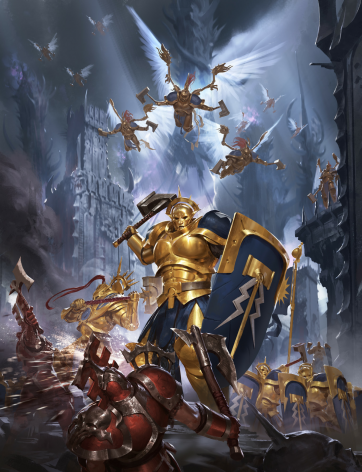 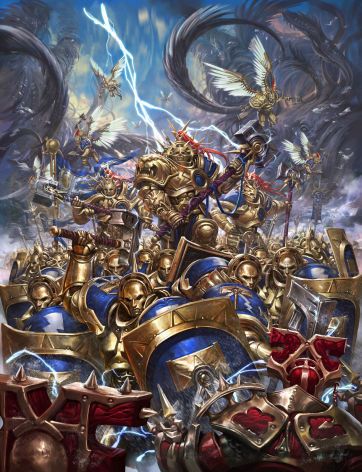 Wow that’s some great looking art, and it’s just the tip of the Sigmarian Iceburg. Checkout a the rest of the new art below!

Do you prefer the artwork (paintings/drawings/etc.) or the photos of the physical models painted in GW Codexes/Battletomes? Let us know in the comments below!