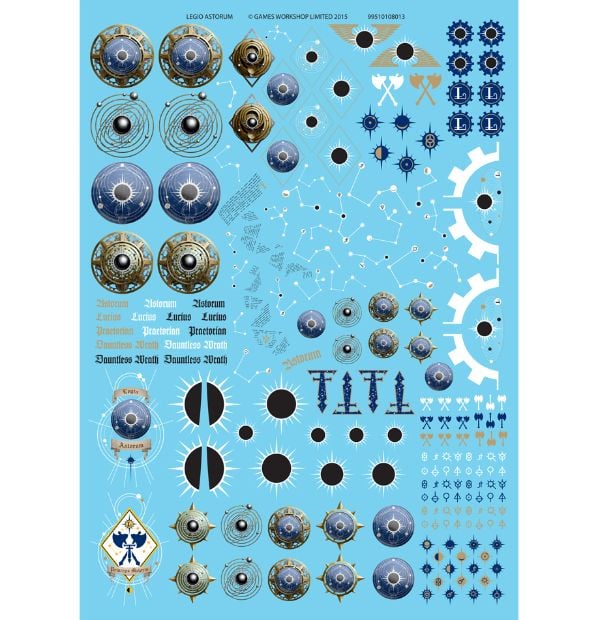 The folks at Forge World have been cranking out some pretty great stuff – these decals are no exception to that. If you’re wanting to spruce up your Titan Legions these can really help. 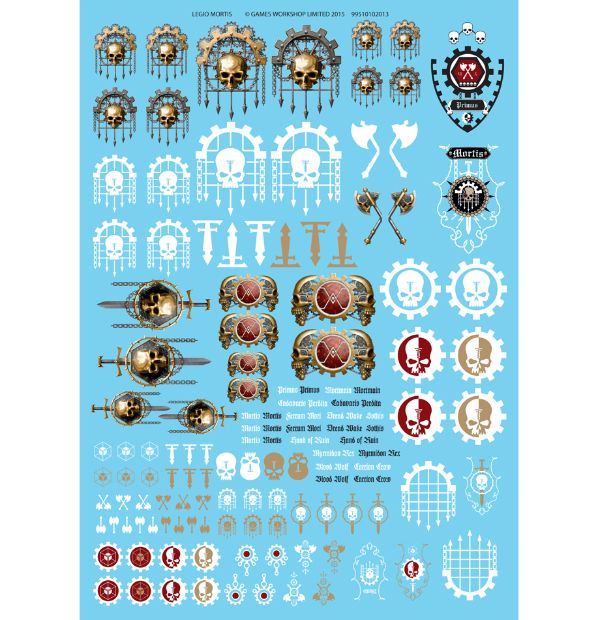 Founded long before the birth of the Imperium, the Legio Mortis were among the oldest and most powerful Titan Legions. Falling under the sway of the Warmaster Horus, the Legio Mortis dealt a hammer blow on Isstvan III, scouring Loyalist survivors of the virus bombardment from the battlefield. 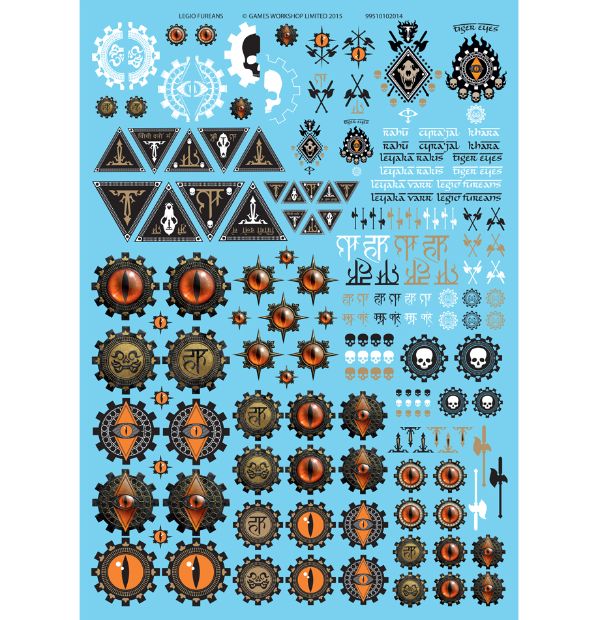 Quick to join the armies of the Warmaster, the Legio Fureans, known as the Tiger Eyes, brought over a hundred God Machines, mainly Warlord and Warhound class, into the civil war. 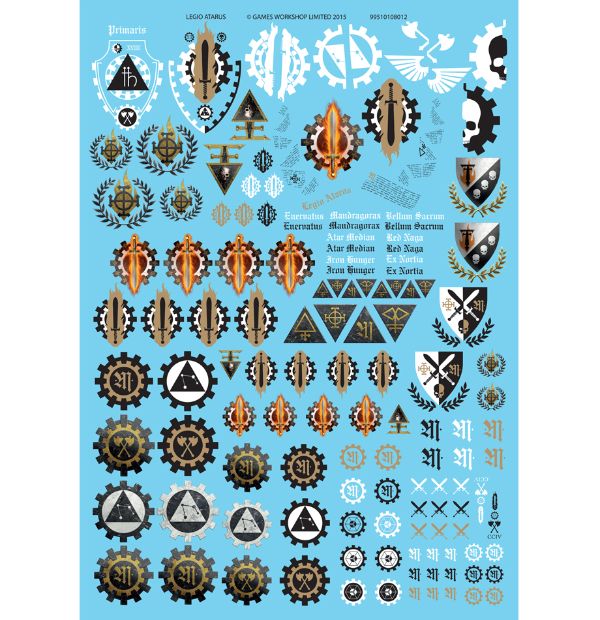 The Legio Atarus, known as the Firebrands, were one of the younger Titan Legions to take part in the Great Crusade. Though fractious and resentful of the imposition of control from Mars, the Legio stayed Loyal to the Imperium. Many of their God Machines were destroyed at the hands of the Traitors at Isstvan. 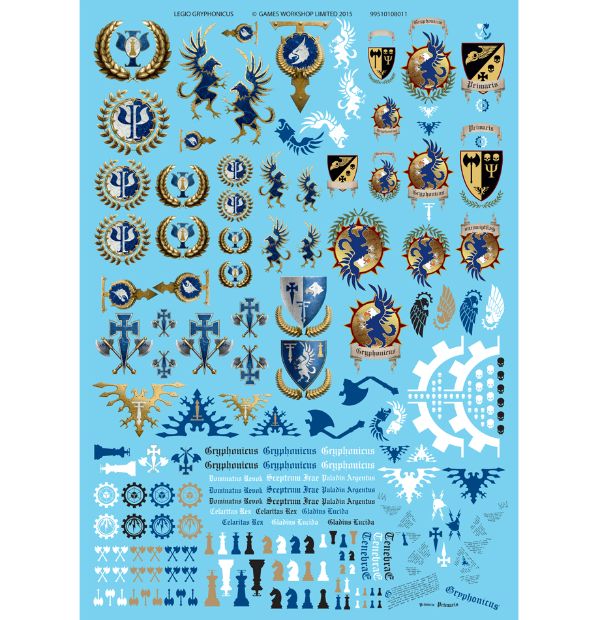 Regarded as one of the greatest Titan Legions, the Legio Gryphonicus, known as the War Griffons, remained true to their oaths during the dark days of the Horus heresy, and stayed loyal to the Imperium of Mankind.

Unwaveringly loyal to the Imperium of Mankind, the Legio Astorum, later known as the Warp Runners, fought on battlefield across the Imperium to halt the Traitors advance.

If you’re like me and your “free-hand” painting skills are exactly amazing then Transfers are the way to go. I use Micro Sol/Set from Microscale whenever I’m handling decals. Once your decals are properly set, painting a thin layer of matte varnish over the top can help take off any residual “shine” from the transfer. After that you can go to town.

Wait a minute – there is a Legio Fureans? I wonder if they use Diesel…