Looks like we may just almost be out of the Age of Sigmar woods judging by this weeks White Dwarf Teaser! Come see what the new hints may mean..

Hey, the only releases next week are the ones you reported already
(Haraldor/Vexillor).

The hints for the week after are:

What does that mean exactly?  If I was a betting man I’d say that most likely, we’ll see the Khorne release of their AoS character clampacks (and possibly their Battletome) instead of new Chaos 40k Miniatures.

However there is one last item for the Age of Sigmar that we’ve seen and hasn’t had a released yet: the Realm of Battle Board. And just to pour more fuel on the speculation fire, checkout what one of the boards features: 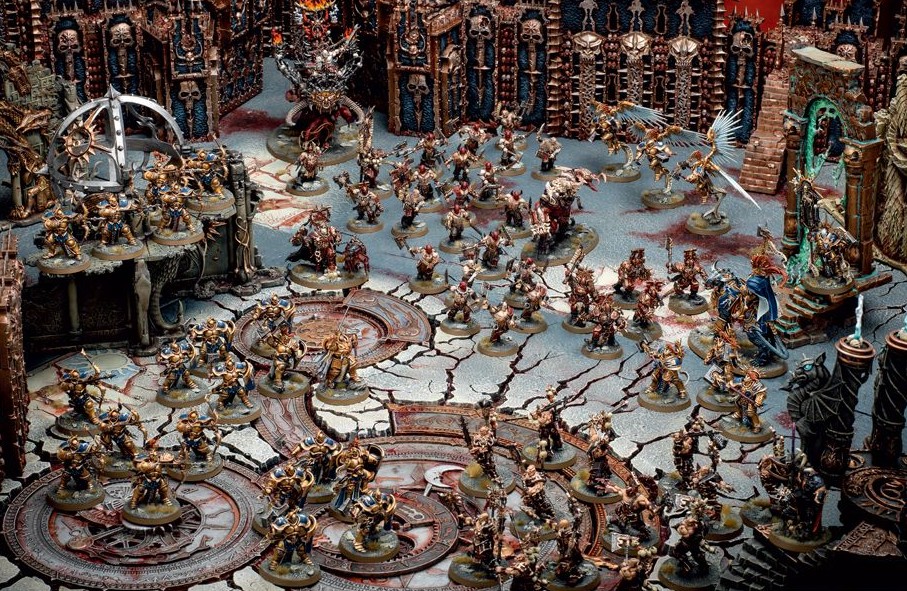 Are these the cogs the White Dwarf is talking about, or do they really mean Mechanicum? We’ll know for sure later in the week!

~ Blood for the Blood God!