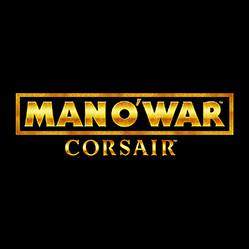 Developer Corsair has some Warhammer high seas adventure for you! Come see their latest trailer (and a GIANT shark)!

It looks like there are more Games Workshop licenced games every day.  Today marks the return of an old fan favorite: MAN O’ WAR in a new shiny video game format.

Sail the seas plundering enemy ships, visiting ports, and trading. Dominate everything in your path with a fleet of ships at your back and watch people flee at the mere sight of you, leaving legends of your deeds in the history books and steel through the hearts of your enemies.

Captain a wide variety of unique sailing vessels, explore and trade whilst combating enemy ships in frantic naval action. There are not only ship’s cannons at you disposal; you can control powerful wizards who cast deadly spells, hire sharpshooters to target enemy crew from afar, and command Griffons and other lethal flyers.

As well as sea battles, engaging in boarding actions with enemy vessels sees you walking the deck, blunderbuss in hand, attacking enemy crew. Loot the vessels or sink them, the choice is yours.

Create your own character, and buy a variety of unique and deadly ships. Command allies from different races and fight many deadly enemies including:

A captain in Man O’ War: Corsair can sail the coast of a huge continent in the Warhammer world. Visiting over 50 ports from Erengrad to Saratosa, the sea is yours to explore.

A heroic adventurer does not only have enemy ships to contend with. The deep and unexplored oceans hold terrifying creatures that few see and live to tell the tale.

These deadly creatures emerging from the deep sea will chill blood and drop jaws in equal measure. The wise would attempt to flee but those brave enough to tackle such creatures will be famed throughout the world. 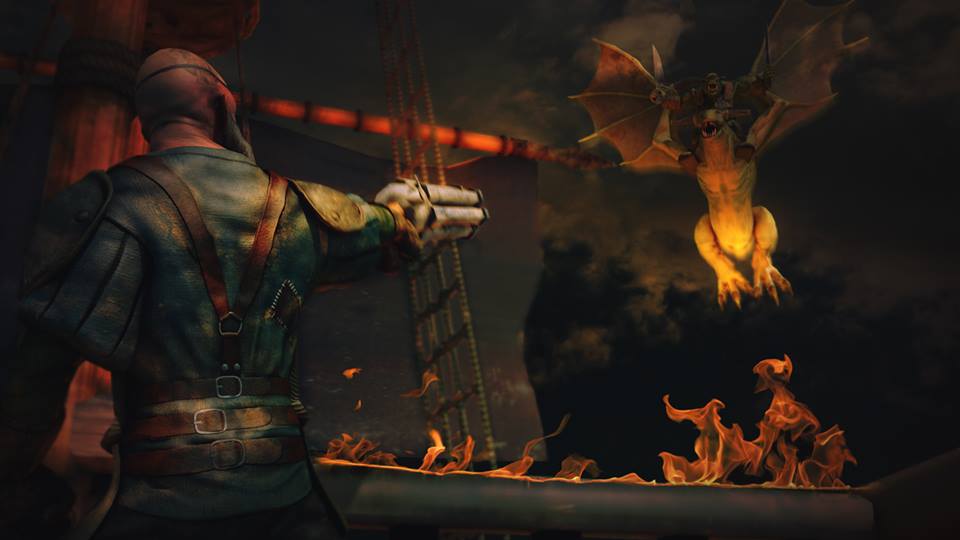 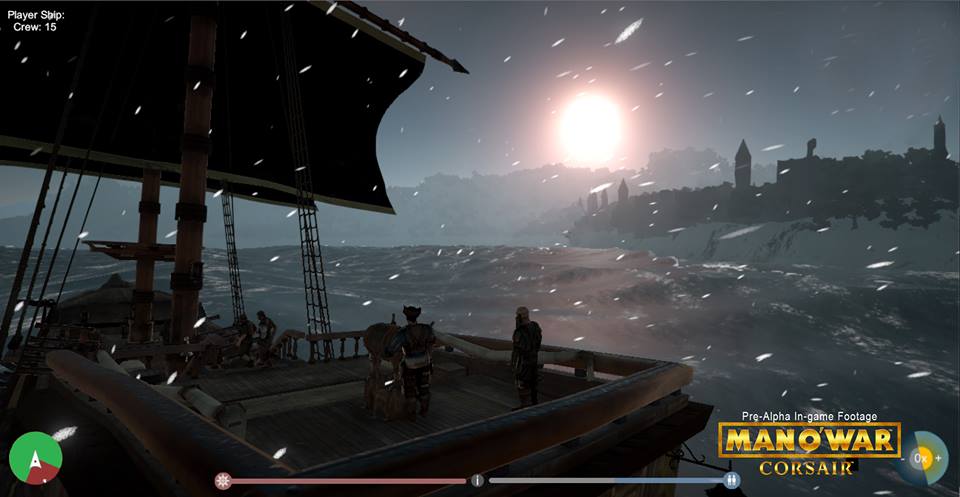 So is this Sid Meier’s Pirates with an “action combat mode” set in the Warhammer World?  Because that would be awesome.

~Watch out for the Krakens!