Looks like like the Stormsurge reveal last night was bigger than we thought. Come see what we all may have overlooked!

Games Workshop may not be known for their subtly but sometimes they drop hints right in our collective faces. This is one of those times:

Did you get a good look at the Stormsurge Decal sheet? Look closely…

Plus the what we assume may also be coming:
New Codex
Tau Defense Line Kit? 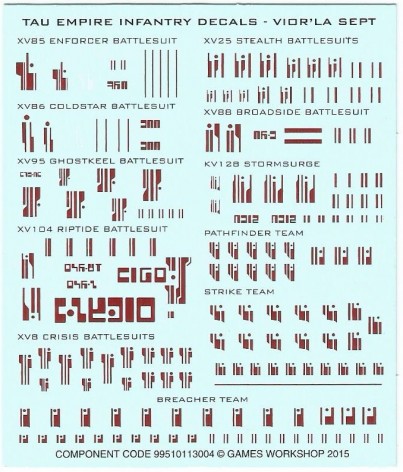 Well that was a big surprise indeed! The Ghostkeel leaked earlier this week and now we have confirmation of a the Coldstar/Enforcer Battlesuit unit names as well as the new Breacher/Strike Teams. Tau Firewarriors Infantry are most likely the Breacher/Strike teams based on decal size.

But based on the decal size and the XV85/86 designation of the Coldstar/Enforcer units – those could either be new Crisis suits models or a new XV88 Broadside size/type units. But at least we know for sure those are some new Battlesuits.

There is a very good chance that the Tau Codex will be released next week based on how Games Workshop historically operates.

We had rumors of the Defense Line Kit all the way back in June. And looking back those rumors seem to line up with what we have today:

The Tau are bringing the heat this month. And we’re just getting started!

Author: Robert B
Robert is a veteran tabletop and miniatures gamer, and writer with over 20 years of experience. His specialtiesies are the worlds of Game's Workshop's Warhammer. He began writing for BoLS In 2010.
Advertisement
Games Workshop Miniatures T'au Empire Tabletop News Warhammer 40k
Advertisement 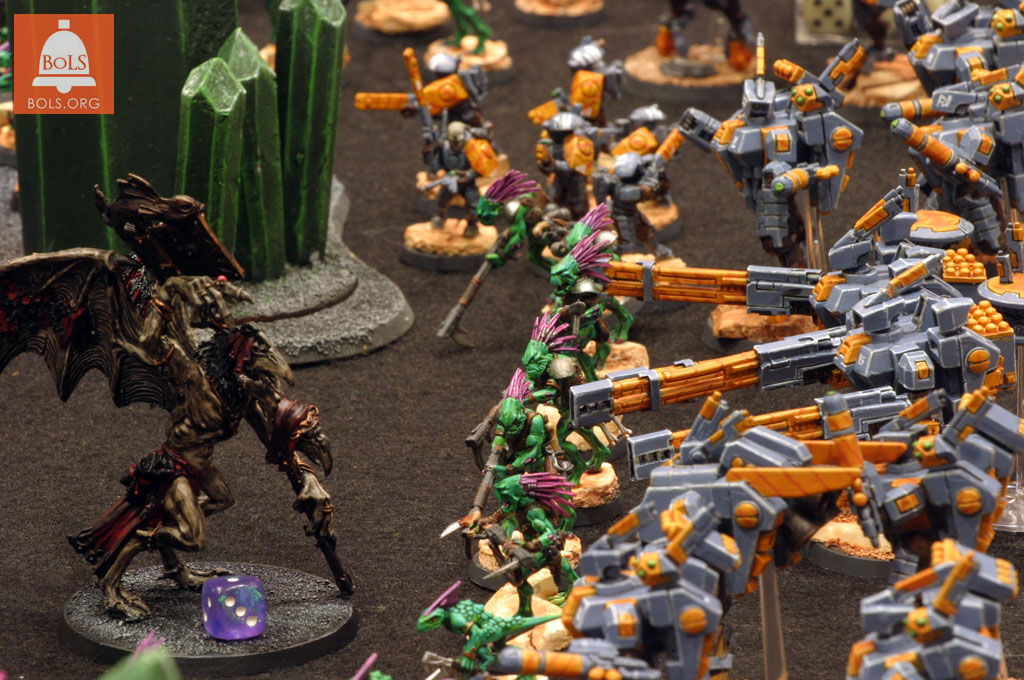