The Raven Guard formations have been translated and you’re going to want to check these out!

Who needs Google translate when you such an amazing community of players! Looks like the Sons of Corax are getting some attention and they are getting back to their roots: Scouting and Deepstriking! 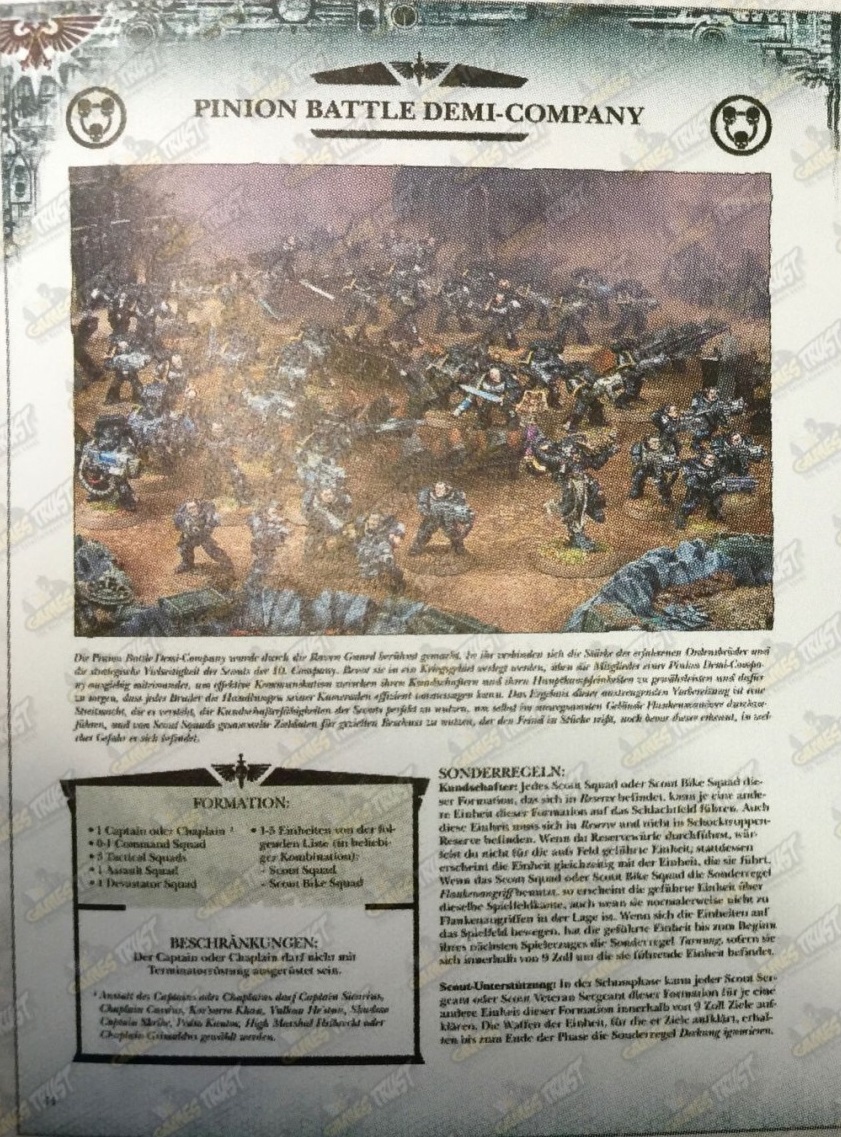 That’s the best I can do. I tried to be as specific as possible. If you have questions about anything, feel free to ask. I may elaborate more once the right questions are asked.

That is RAW as I read it, though. 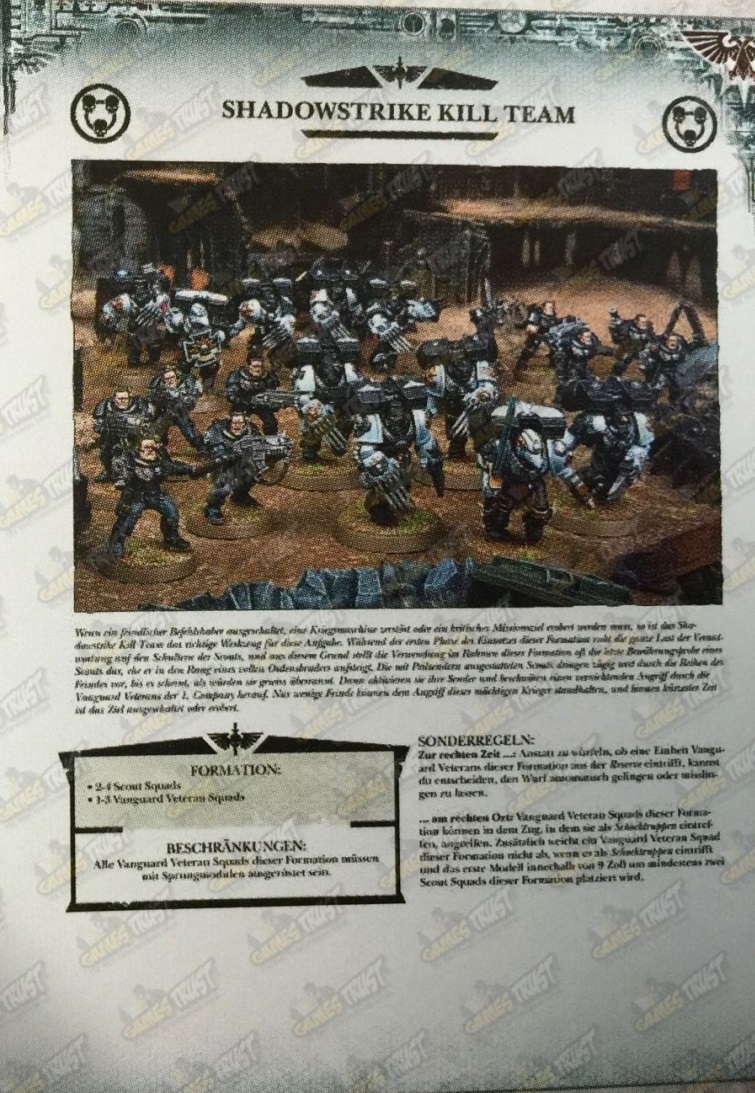 All Vanguard Veteran Squads in this formation have to have Jumppacks equipped.

At the right time…:

Instead of rolling for Reserves for any of the Vanguard Veteran Squads in this formation, you may decide if the roll succeeds or fails automatically.

…In the right place:

I can’t read the fluff text. Cursive be cursed

Wow! Looks like the Raven Guard will be scouting and deepstriking with the best of them. And on top of that they will be tossing out Ignores Cover to units as well. Although, maybe not at the same time… But still both of those formations seem pretty solid. Corax should be proud! Or at least a little less mopey…

Pinion – the outer part of a birds wing including flight feathers; broadly: wing.