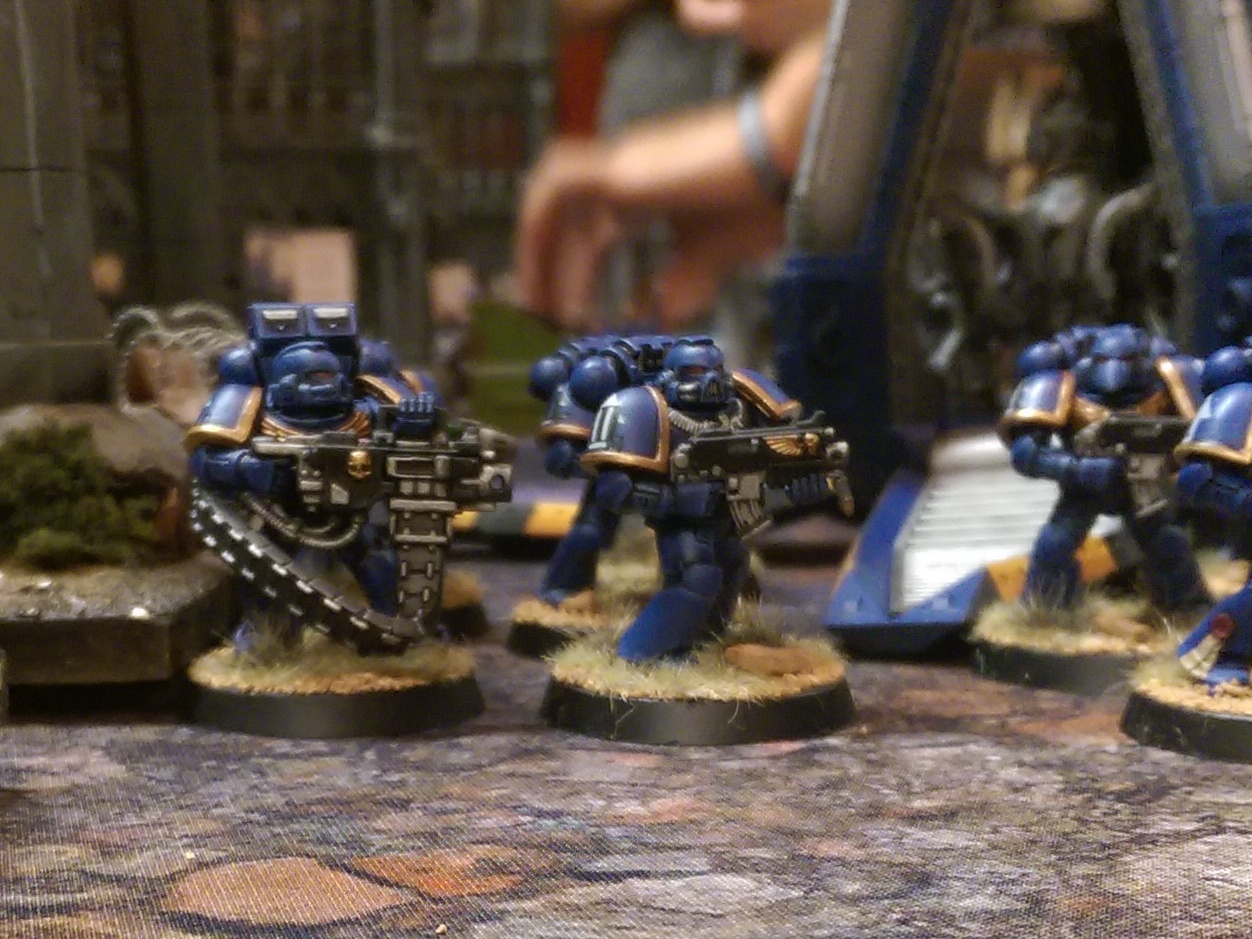 The Narrative Guys are back. Tactical Objectives made 40K missions dynamic and exciting. What would happen if we took it a step further?

As narrative event organizer, my primary job is to manage player fun. In our narrative games we act as game master with a focus on keeping the players having a good time. A big factor is player fun is what they focus on. There are times when a player loses enough of their force that the major mission objectives are out of reach for them.  That is when as event organizer I need to give them something new to focus on. We use ‘Drop in Scenarios’ that act just like Tactical Objectives with props. 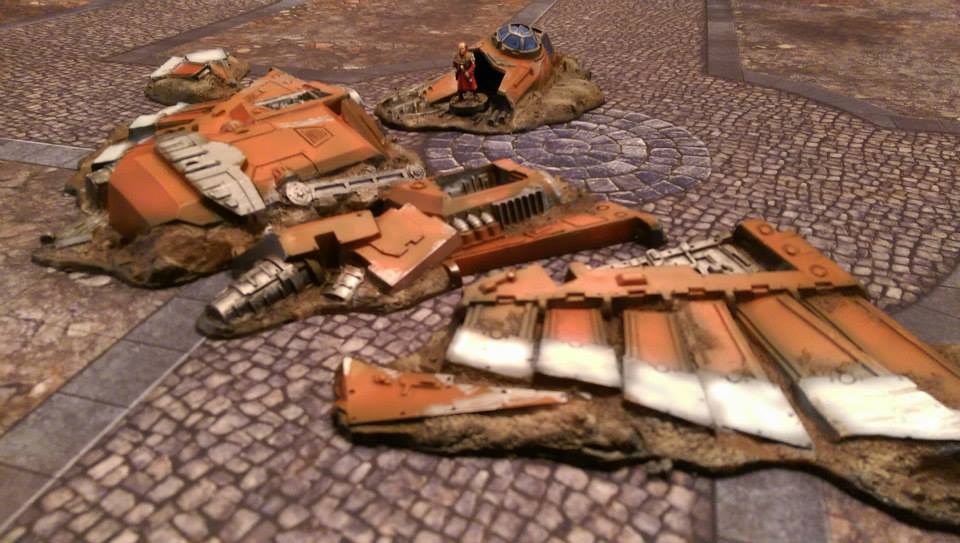 “An Aquila Lander has crashed in your zone of operation. A VIP in on board and must be secured”

Score 1 Victory Point if you control the Aquila Lander revealing the VIP model. Score 2 more point if he is safely off the board or in your control at the end of the game.

The way the ‘drop in’ works is this; it is turn 3 in a 3-on-3 game and one of the Dark Angels player is down to a squad of tactical marines and half of his command squad. The game master at the beginning of the turn drops the crashed Aquila Lander 12 inches from his un-engaged tactical squad. The game master tells the table the lander has crashed and hands the Dark Angels the object card. 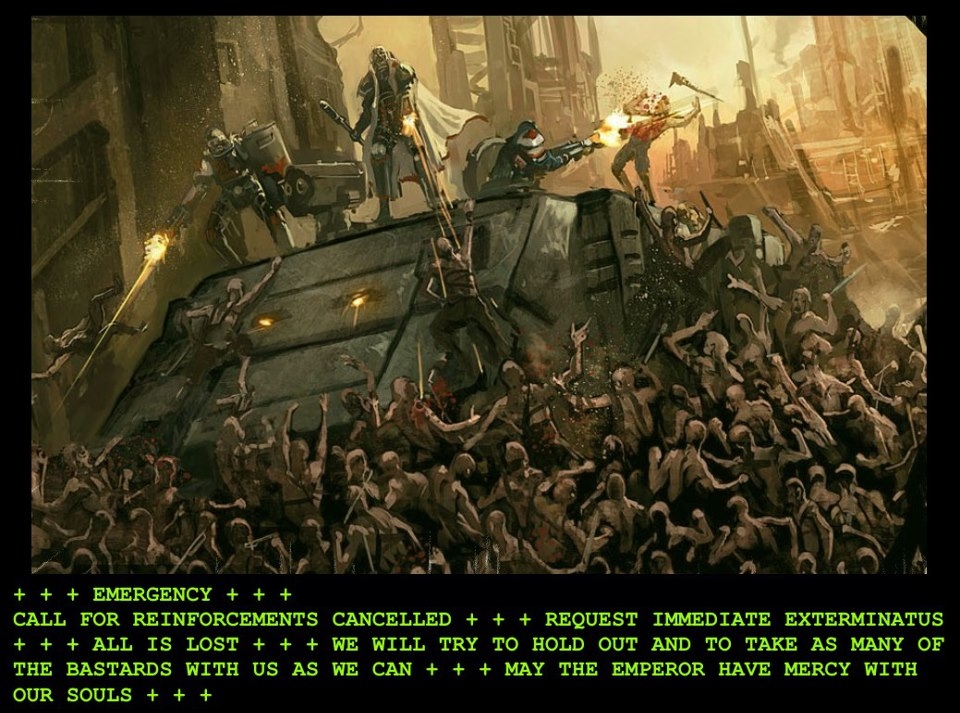 We love crunchy bits in our games. The above is an example of how to use scatter terrain as an objective.  Another idea might be to use proxy force. For example: give a Chaos player two units of zombies for a raise the dead tactical mission. We have a couple of missions ready to go for each prop. That way we can be flexible on how we use them.  We also play test the missions to see how far away we should locate the prop, what mechanic works best and where we can vary the mission for the best effect. There are lots of options, all with the focus on flexibility and engaging players who may have lost sight of the fun in a game. 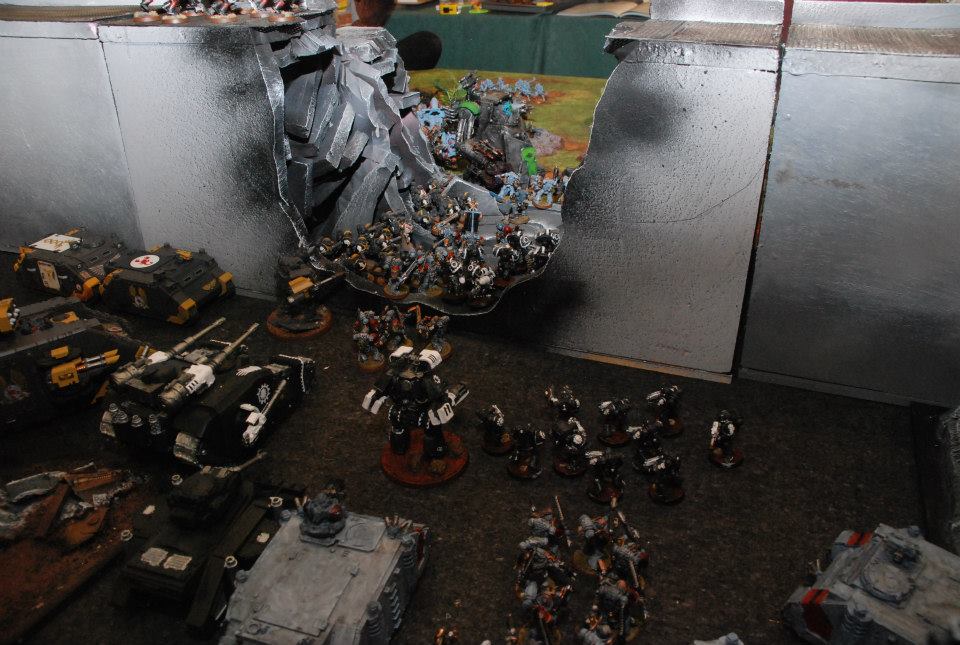 The key to success is keeping it small and simple. Simple in that the object and any mechanics need to fit in 1-2 sentences. Complicated ideas are better suited for big missions where you can spend time explaining before the game and answer player questions. It’s also a good idea to keep the scale small. As cool as it sounds to bring a titan on the board, you can accidentally steal fun from another player who worked hard to defeat his opponent’s army in the first place. Try to avoid just giving the player fresh units and instead, make them use the units they have left for something new.

How do you think we keep 40K from becoming a card game?