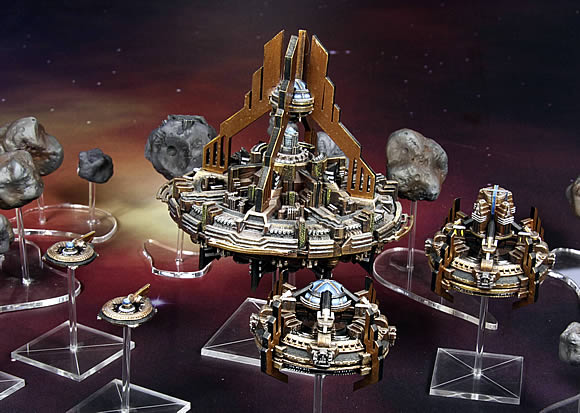 Kedorians and the Galaxies best diplomats and traders – But what secrets do they hide? Come find out…

Spartan Game’s Firestorm Armada has a wonderfully rich universe to play around in due to the conflicts and politics created by having such a diverse set of character species. But among all those different species he Kedorians stand out for their ability to blend in. What am I referring too? Well I’ll let Spartan Games explain…

Spartan Alex provides an update background on one of the least well known alliance races in Firestorm Armada – the Kedorians. With some of the largest vessels ever to appear in the Firestorm Galaxy at their disposal, this race appears to harbour a dark secret…

The Kedorians have been part of the Zenian League from its inception, and can be found throughout Zenian space, though they are most commonly encountered in the heart of the Dindrenzi Federation close to their home in the Devonian systems. Their characteristic ships are bristling city hubs, and their arrival in a system often causes a small flurry of excitement amongst bored locals, as they always herald a plethora of trading in rare, exotic and sometimes illicit goods.

Beyond this, however, little is really known about the Kedorians, other than their near legendary trading and diplomatic abilities, despite their superficially open and friendly demeanour. Those who call them friends will, when pushed for specifics, find it difficult to pin down exactly what it is they know about individual Kedorians, or even provide a wider understanding of their society and technology.

Kedorians themselves are difficult to describe – they go about in long, full, hooded capes that cover all but their arms and faces, and their features are non-descript and unmemorable. Always carrying a short electronic staff of office, these imposing and ethereal traders always seem to create an aura of goodwill whenever they appear.

Deeper investigation shows the Kedorians to be a collective of many different species – for instance the Relthoza describe them as using arachnid ambassadors, diplomats and traders in their dealings with them. It was first thought that the Kedorians had simply manufactured constructs to appeal to specific races, but this appears to not be the case, as these individuals refer to themselves as native Kedorians and they are certainly not mechanical in nature. This diversification appears to be one of their main strengths in negotiation, the ability to field individuals who strike a chord with whatever races they have dealt with. Indeed, no one knows what ambassadors they used to deal with the singularly militant Illosians, but they apparently have good trading relations with them, which speaks volumes as to their diplomatic skills.

They also employ several servitor races who perform the more menial and basic tasks in their society, and these can be counted from many different species, including those involved in the current conflict. Kedorians do not speak of these creatures except by using a generic term which roughly translates as “servants”, though many suspect this is better described as “slaves”. Puzzlingly, however, these servitor races show no inclination to escape, and they do not appear to be physically restrained in any way.

What is also puzzling in a study of the Kedorians is their unbridled aggression towards the Ryushi, whom they plotted and schemed to eradicate and eject from their home systems. Kedorians seem to have a universal hatred of them, and (in breaking with their usual methods of engagement) will actively seek and pursue conflict with them. Usually they seek to do so with allies and overwhelming force, but that is their way in all things.

The Kurak Alliance view the Kedorians rather more dimly – studies of the few remains that have been retrieved from battle have discovered very unusual neural tissue located throughout their bodies. Genetic studies have revealed very little, since Kedorian coding material incorporates additional base pairs from the majority of species thus encountered – especially within the extensive nerve tissue. However, what is even stranger is that there is a high degree of confluence with human, Aquan and Sorylian DNA – sometimes up to as much as 95%.

Terran scientists have a number of theories to explain this – that the Kedorians have been harvesting genetic material for many years to diversify their own populations or that Kedorians are “grown” or engineered specifically to match species in given combat zones to both fit physiological similar properties and thus have a psychological impact on their enemies.

The Ryushi have a different theory, which they claim to be the basis for the Kedorians’ specific persecution of their species – the fact that they know “the truth” about them and their sinister existence. They believe the Kedorians are parasites – creatures that prey on other species by introducing their spawn into other sentient beings, fusing with them physically – absorbing and controlling them until their own neural tissue has merged and then dominated their host, eventually leaving no trace of the former personality or consciousness. This process is believed to take many years – maybe even decades – and the excruciating agony a mind must suffer in this process cannot be described. The Ryushi name for the Kedorians translates as “the slaver wraiths”, which summarises this belief quite eloquently.

This theory is used by several races in the Storm Zone in a similar way to the stories of ghouls, ghosts and vampires in ancient Terran history – tales to keep children from straying too far from home or as wild claims over drinks in bars. Zenian League members are swift to dismiss them as exactly that, and point to the good relations and excellent diplomacy the Kedorians have brought to their space over the past decades. The Kedorians simply laugh about these accusations, and counter-claim the Ryushi have their own sinister agenda, one that they have sought to thwart to the benefit of all.

Whatever the truth, and despite the superficial camaraderie around the dealings of the Kedorians, it is true that when asked if they would choose to spend time alone with one of their kind, very few would like to – though they find it difficult to explain why. In their presence the answers are very different, and Kedorians are often surrounded by people jostling to be near them – this paradoxical position is difficult to explain, as it is almost universally accepted that there is something fundamentally different about the Kedorians, yet no-one can really say what that is.

Both the Kedorian Patrol Fleet and Support Group are available to order from the Spartan Games.

Okay – now I’m even MORE curious about the Kedorians! I’ve always been a big Sci-Fi Fan, two of my favorite shows are Star Trek Deep Space Nine and Babylon 5 – and this space mystery really lends itself more toward the Babylon 5 spectrum. The idea of a species of Space Vampire Parasites is just as interesting as it is terrifying to me. Why do they look “appealing” to what ever race they are interacting with? Why do they have an “aura of friendliness” that surrounds them? But why do people get the hebee-jebees when alone with a Kedorian? I guess we’ll have to wait for Spartan Games to let us know!

Spartan Games, you had my curiosity – but now you have my attention.

Author: Adam Harrison
Writer, Editor, Texas Native, and Austinite for 15+ years, Adam covers all things Tabletop Gaming. Which includes Warhammer 40,000, Age of Sigmar, D&D, Board Games and everything else that involves dice, boards, cards and a table. A hobbyist, player, and collector of miniatures and games, Adam's current obsession are his Death Armies for Age of Sigmar, his Blood Angels and Tyranids for 40k, and his ever growing Arkham Horror: The Card Game Collection.
Advertisement
Firestorm Armada Sci-fi Spartan Games
Advertisement 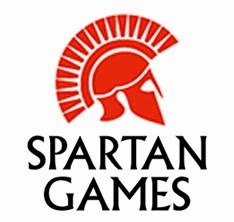