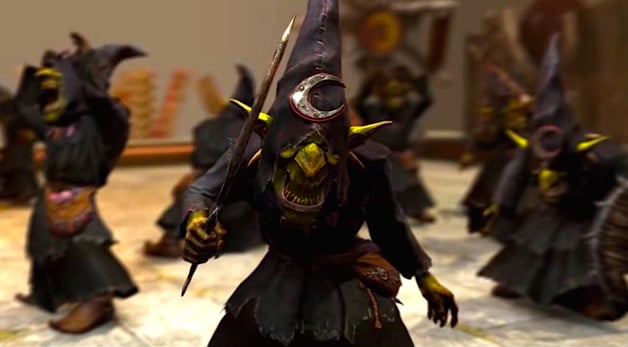 Get ready to see the Sneaky Gits from the latest Creative Assembly/SEGA video.  But watch your back!

“The Night Goblins, as the name suggests, only leave their subterranean lairs at nights and are the more sinister of the Goblin family, cultivating and harvesting a variety of fungi for their evil schemes.”

While you’re at it, enjoy this:

“As most of you may know, we announced Total War: WARHAMMER with an epic CGI trailer back in April of this year. What some of you may not know are all the intricate details and secrets that went into the video itself over the course of its two year production.

Maverick and Platige – the makers of the trailer- put together this ‘Making Of’ video to show just how much energy, excitement and attention to detail went into this cinematic marvel.”

~Have at it Total War fans!