Who is Gorr the God Butcher and How Did He Bond With the Necrosword? 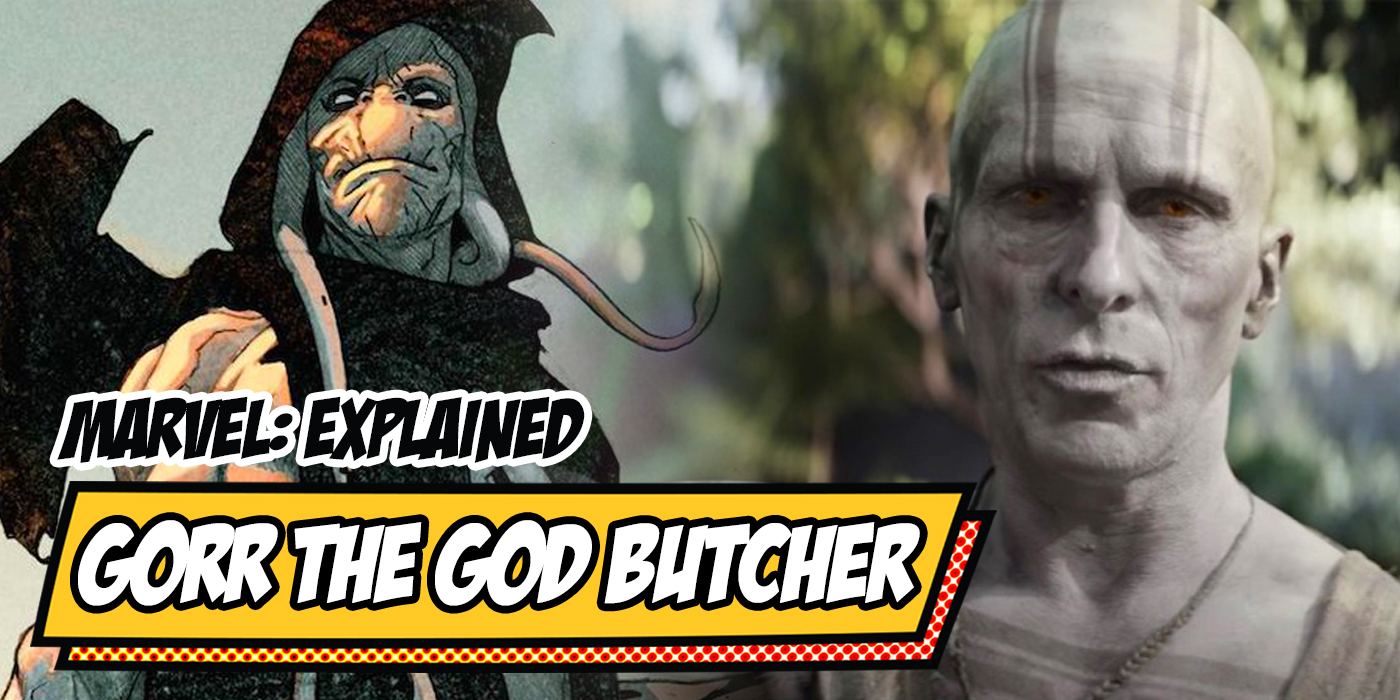 From a pitiable father to the slayer of deities – who is Gorr the God Butcher and how did he find All-Black, the Necrosword?

Thor: Love & Thunder is this summer’s big-fun movie event, and it does not disappoint. One of many highlights of the film is Christian Bale stepping in as Gorr the God Butcher, a relatively-recent character to join the Marvel comics. But there are definitely some differences in the character in the panels on the screen. So who is Gorr the God Butcher? And what the frigg is a Necrosword?

Who is Gorr the God Butcher?

Gorr was born on a planet with no name. The planet had a very harsh environment, and Gorr’s people were always close to starvation or sick from too much sun exposure. His father died of sun sickness when Gorr was very young. Despite their circumstances, his mother insisted that they continue to praise and pray to the gods. But she was eaten by wild animals, unheard by the gods she worshiped. Somehow Gorr managed to make it to adulthood, and married and became a father a few times over. His wife, too, assured him that worshiping the gods was the good and proper way. But then she got swallowed in an earthquake.

Tragedy struck continuously on Gorr’s obedient loved ones until eventually, he was left with only one last son. As Agar starved to death in Gorr’s arms, he broke. He proclaimed that there could be no gods. As such, he was exiled by his tribe. Left to wander the wasteland of his planet and ready to die, he stumbled onto a violent battle between two gods. One made entirely of darkness and one in golden armor. When the golden god asked Gorr for help defeating the dark creature, Gorr became consumed with rage.

The gods did exist! They just didn’t care about the people they were supposed to protect. In his anger and as punishment for their neglect, Gorr vowed to kill all gods throughout time and space. And All-Black the Necrosword, the weapon of the dark god, became a part of Gorr. 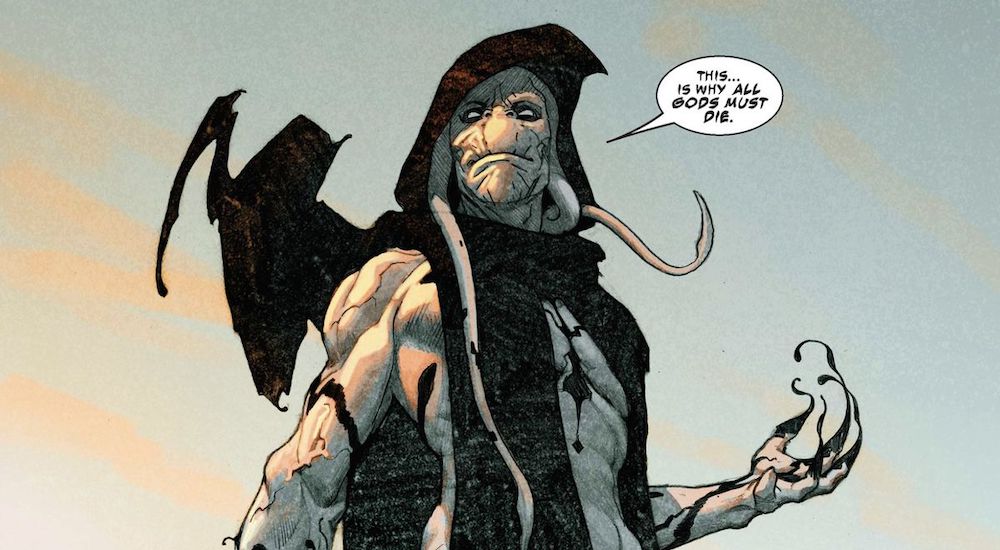 All-Black the Necrosword is a weapon made from the shadow of Knull. Knull is Marvel’s eldrich god of shadows and darkness. He’s also the creator of the symbiotes – yes, Venom, Carnage, etc. In fact, All-Black was the very first symbiote Knull created. And it was all because the Celestials came and turned on the lights.

As the Celestials began creating life in the universe, Knull was like “boo, darkness forever!” So he created the Necrosword from his own shadow and used it to decapitate a Celestial. He then used the decapitated head to forge the sword with cosmic powers. From there, Knull and Necrosword had one mission: to destroy any gods out there creating life. Legend has it that the sword has a god-killing thirst of its own, and sought to further the will of Knull. And while that’s true, All-Black and Gorr were a perfect match. After all, symbiotes feed on emotion. 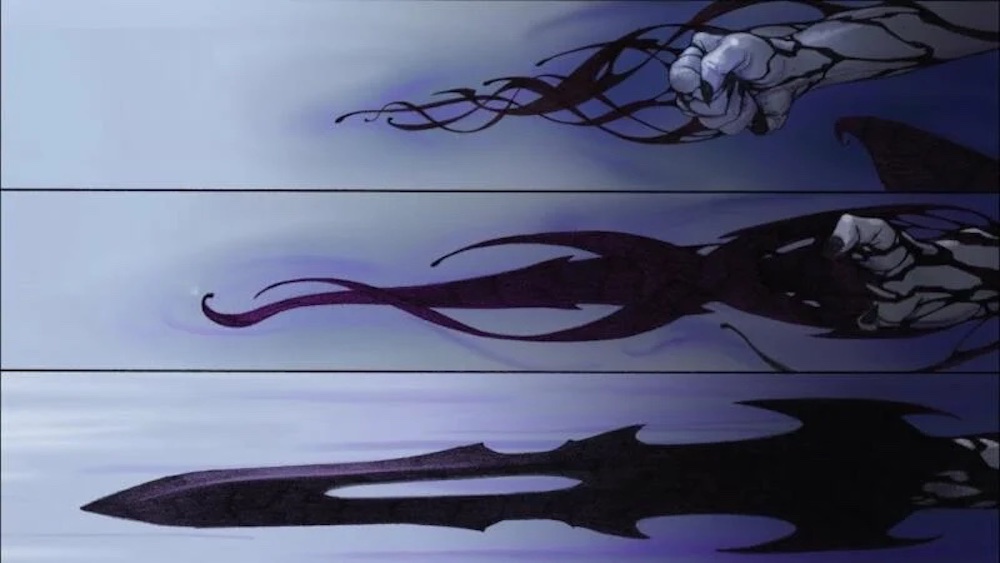 Gorr vs. the Three Thors

In the comics, the God Butcher’s story takes place across three timelines: one with a young Thor who has yet to lift Mjolnir, one with Thor in his present-day Avenger status, and one with King Thor, imprisoned in a desolate Asgard as Gorr forces him to watch the enslavement of the few remaining gods. Why is he keeping them alive you may ask? Because they’re helping him build a godbomb! A bomb that kills all gods through time and space. 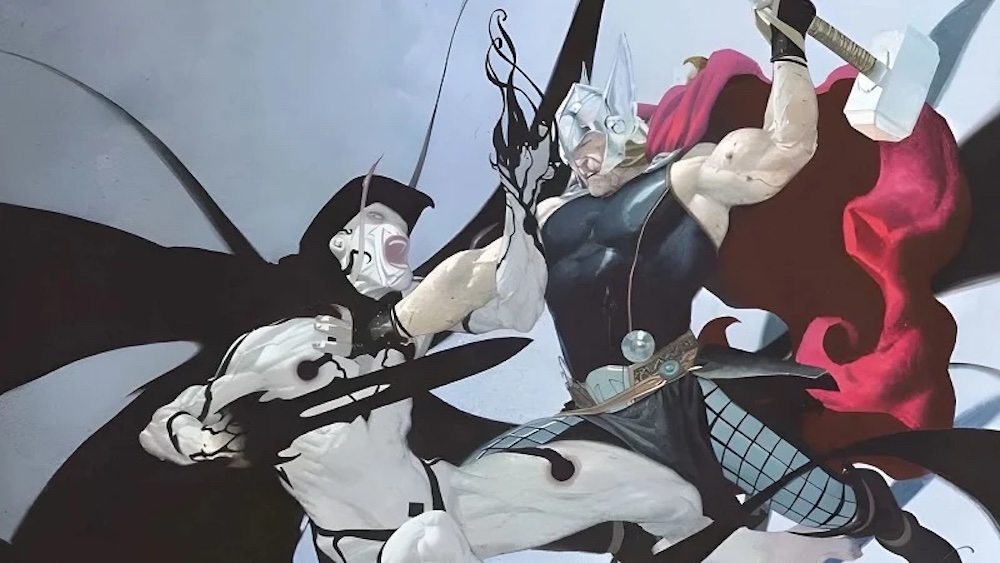 The Three Thors team up to battle Gorr, and there’s a whole lot of hammer-smashing. But in the end, it’s Gorr’s own ideology that destroys him. All-Black uses Gorr’s will to create symbiote versions of his wife and son Agar. But these parts of himself point out to him that he, himself, has become a god. The seed of doubt this plants in him allows the Thors opportunity to defeat him.

Part of what makes Gorr such a compelling character in the Thor mythos is that he has a valid point. Thor is a bit of an outlier in the direct way he helps solve the problems of those who pray to him. Thor Odinson really wrestles with this realization and begins to doubt whether gods are really necessary at all. This loss of faith renders the Odinson unable to lift the hammer Mjolnir. And so it sat on the surface of the moon until it called out to Jane Foster, who lifted the hammer and became the Mighty Thor. 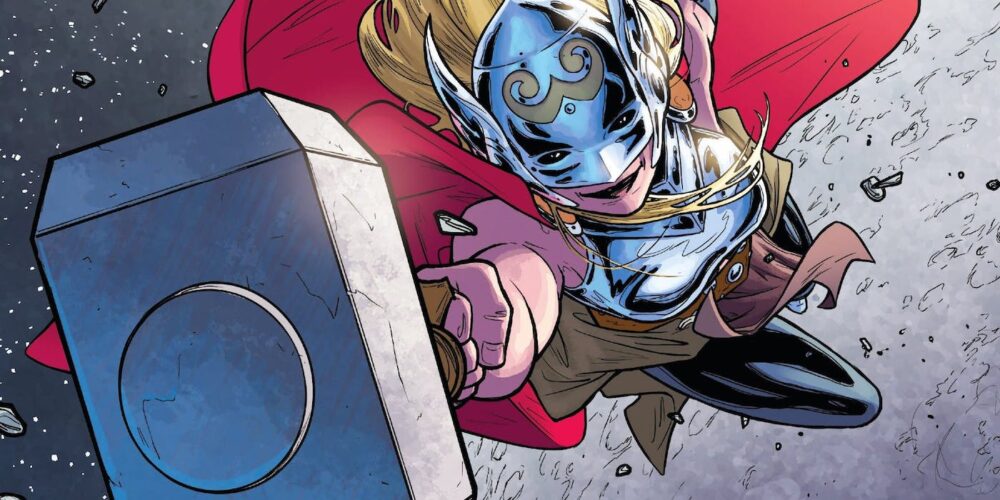 Of course, the timeline of Gorr and Jane’s rises to power shakes out a little differently in the MCU. But making Gorr the God Butcher the big bad fits very nicely into the cinematic storyline. They’ve made a few changes to the character – thankfully the head-tails and the G-string are gone. Instead, Christian Bale’s Gorr wears scarification marks across his body. Bale’s portrayal of the character is haunting, and there are still various small character details that pull inspiration from the source material. 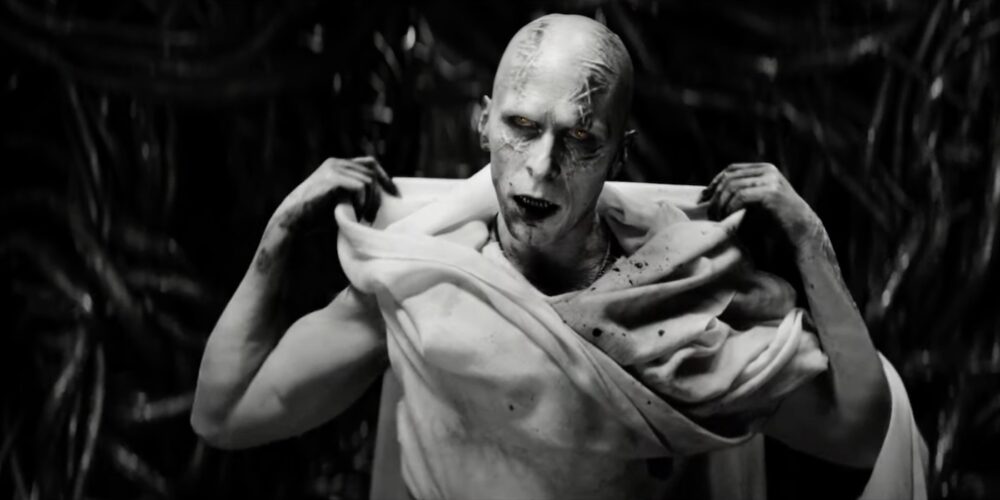 It doesn’t look like Gorr was written to be a kind of recurring character. But as we say with comics, nobody really dies except for Uncle Ben. So who knows?

Daredevil and Kingpin Confirmed to be in Marvel's 'Echo' 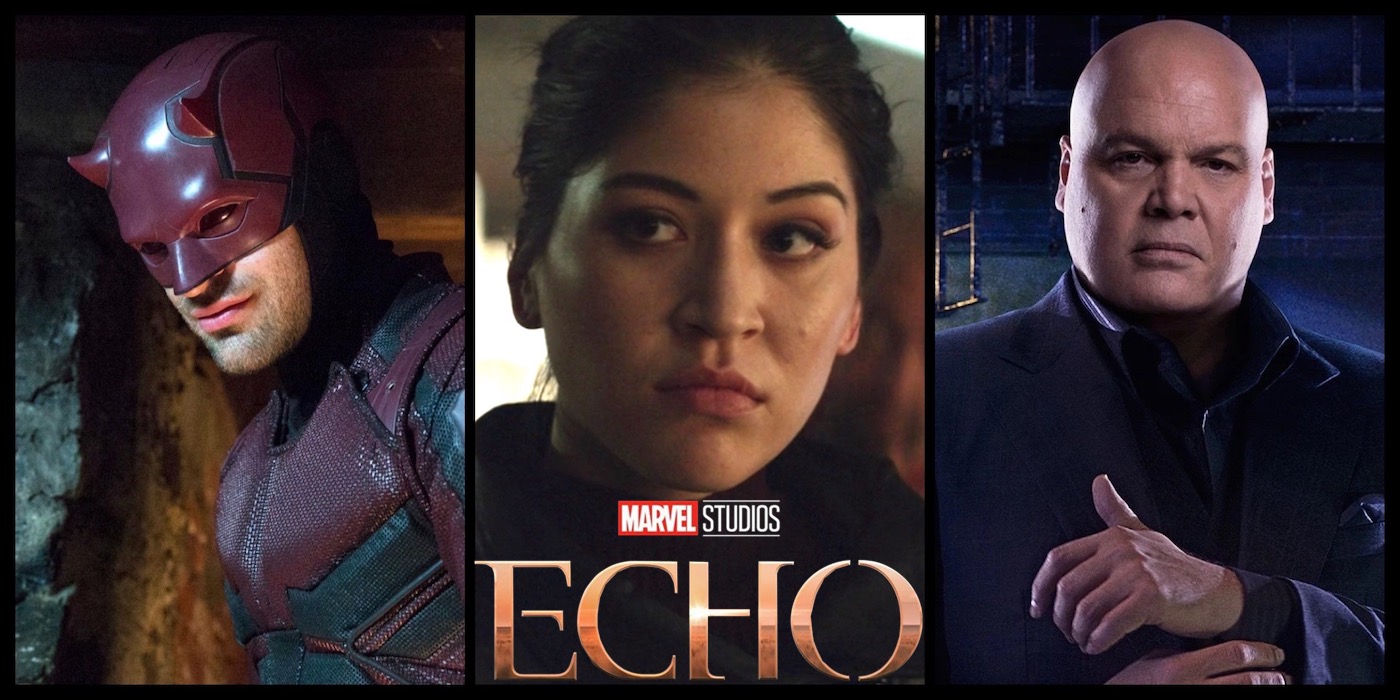