40K Tactica: Play to the Mission

What is, in my opinion one of the biggest mistakes we all make when playing Warhammer 40k competitively? Trying to kill enemy models!

It sounds counter intuitive but trust me it will cost you a lot of games if you aren’t careful. Today we will disuss this and ways to avoid it!

First let me start by sharing something with you, it is something I remind myself of EVERY turn of EVERY game, I say to myself “always play the mission, not your opponent. This sounds simple enough but remember this is WARgaming, there is a lot going on, its exciting, infuriating, emotional and confusing! It is very easy to get sidetracked, which can and will cost you the game.

The golden rule of all competitive games is simply find out what you need to do to win, do that and nothing more. This applies perfectly to 40k and when applied it will have you do some things that just seem weird. For example if you have the “secure objective 3″ card in a Maelstrom of War game, and your Maulerfiend is within 12” of the objective OR an enemy vehicle, many would get distracted by the easy target and as a result lose the game on victory points.

This is particularly important in Maelstrom of War as once you achieve an objective card it is yours and cannot be taken away, where as eternal war missions are another thing entirely where you must be thinking 2-3 turns ahead.

This works both ways too, for example if you notice your opponent has to “secure objective 3” then it may be in your best interest to position a sacrificial unit in a tempting location – so tempting your opponent forgets his mission in an attempt to destroy your forces. 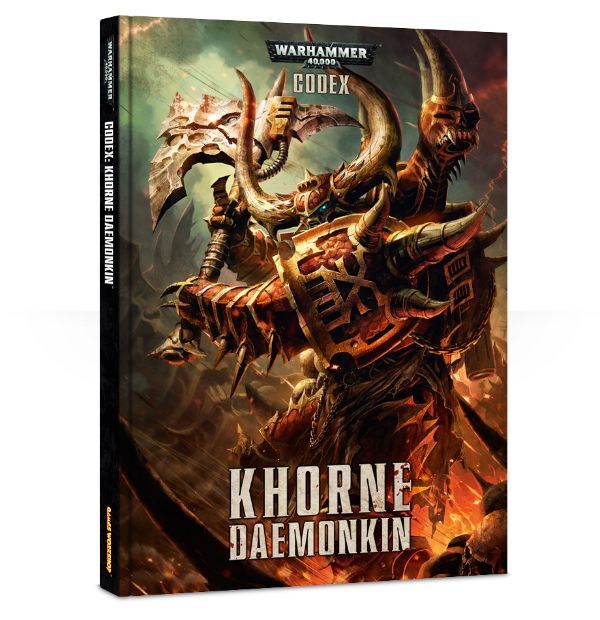 Now for the Khorne Daemonkin version of this Tactica!

Khorne Daemonkin are particularly good at this as we have great Objective Secured troops (FnP Bloodletters) great fast units (too many to list) and the best part is we can summon more units where we need whenever we want! Make a Khorne Daemonkin list with some Flesh Hounds who can scout onto objectives in the midfield turn 1, follow that up with a bucket of Bloodletters and a few fire magnet Bloodthirsters.

With this army you have 1 tactic, start by pretty much ignoring your opponents army, when placing objectives at the start of the game spread them out as best as possible. Then use speed, numbers and summons to make sure you ALWAYS have 1-2 units on every objective, this will severly limit your opponets ability to score and ensure you score every turn! Not many armies bring enough firepower to stop you as you can just keep summoning units to replenish your forces. And thanks to all Khorne Daemons being Fearless you will never be forced off of an objective.

The second part to this tactic is to use the Bloodthirster to intimidate your opponent and control his actions, i don’t know how many times I have seen an opponent drop pod a bunch of marines out in the middle of nowhere just so they can kill a Bloodthirster just to spend the next 3 turns running towards the closest objective. Or move thier tanks back off an objective just to stay outside of my charge range. The most effective choice for this is the Insensate Rage bloodthirster, people are petrified of 8 strength D WS10 Attacks….

Just remember, play the mission…. so if the mission is score VPs then do not focus on killing, focus on scoring your VPs!

Author: Dean Sinnbeck
Dean has been playing Warhammer for over a decade. His specialty is the competitive, Chaos side of Warhammer 40K. He began writing for BoLS in 2015.
Advertisement
Tactics Warhammer 40k
Advertisement

The Roadmap to The Horus Heresy